The other day a reader pointed out that the Alaska Lightning Detection Network (ALDN) showed a notable cluster of lightning strikes on July 3rd over the Arctic Ocean north of the Mackenzie Delta.  Here's the 24-hour map of reported strikes: 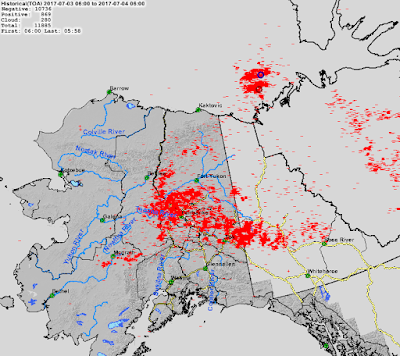 There was also lightning in the same general area the day before and the day after, if the sensors are to be believed. 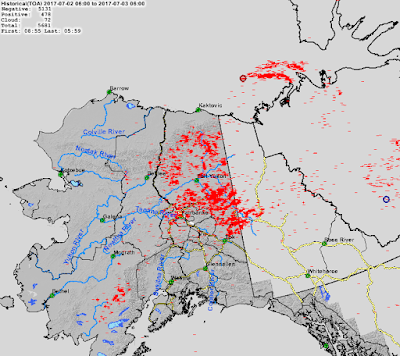 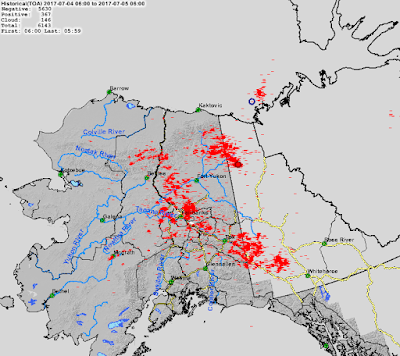 The 500mb charts show that an upper-level low pressure system drifted up from the southeast and lingered near the Mackenzie Delta for several days, so this may have provided the instability necessary for thunderstorm activity; the favorable meteorological setting increases the likelihood that thunderstorms really occurred and the reports were not just an artifact in the detection system.  Here are the 500mb maps at 24-hour intervals from Saturday morning (July 1) through yesterday morning (July 5). 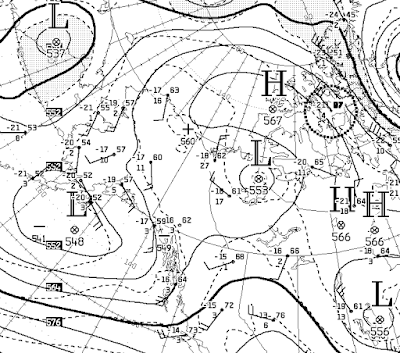 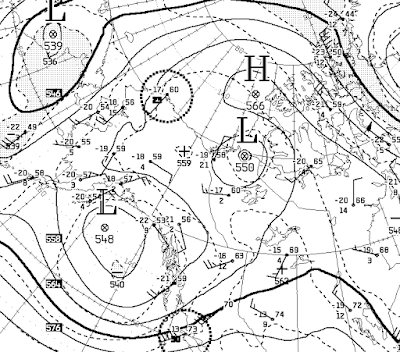 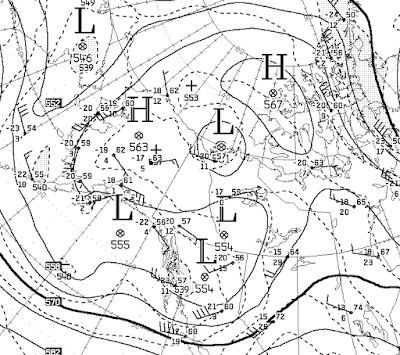 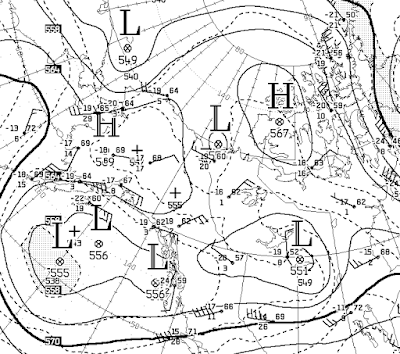 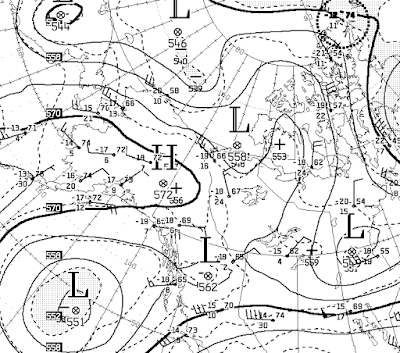 To get a sense of how unusual it is to have this much lightning so far north, I examined the ALDN data since 2012.  The ALDN historical data goes much farther back, but in 2012 the ALDN switched to a new detection system with greater sensitivity and greater range (see this 2012 news article); so the data since 2012 are not comparable to the data from earlier years.

Looking at lightning strikes north of 70°N, it does appear that this week's event is unprecedented in the 2012-present history of the ALDN data.  On July 3 alone, 1521 strikes were reported north of 70°N in the ALDN domain, and the previous record was 1011 on June 24, 2012.  Here's the map from that day in 2012; note that the blue markers show strikes recorded by the old detection network. 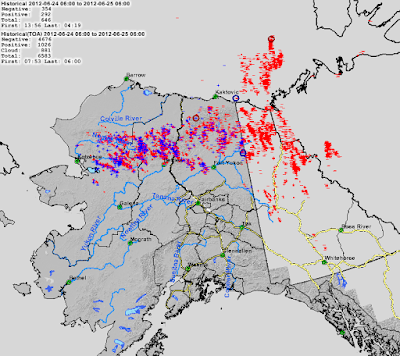 It's very interesting to see that the same portion of the Arctic Ocean was affected in 2012, but a long-term study would be needed to see if this region is climatologically favored for electrical storms.

Here's a chart of the monthly strike numbers north of 70°N for May through August of 2012-present.  With only 5 days of data so far, this month already has more strikes than June 2012, and no other month comes close to this level of activity. 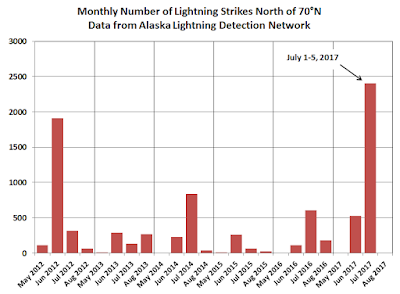 Is it a coincidence that 2012 saw high lightning activity and also produced the most recent record low sea ice extent in September?  Perhaps not; the ice extent maps below show that 2012 and this year both had widespread open water north of the Mackenzie Delta on July 1.  One would expect open water to provide a more favorable storm environment than an ice-covered ocean, via increased evaporation and greater low-level moisture. 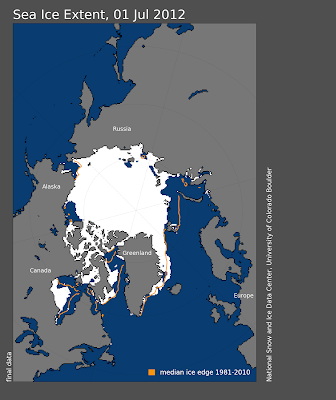 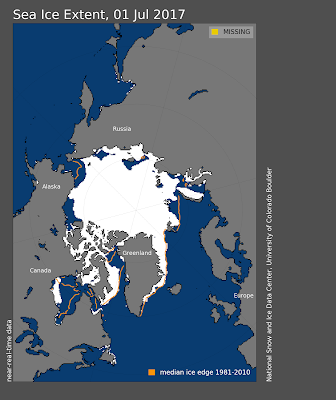 Some of the intervening years were not too different (see below), but nevertheless the similarity between 2012 and 2017 is rather striking. 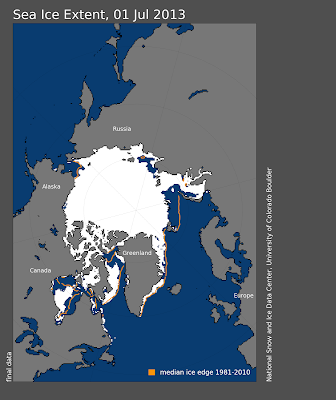 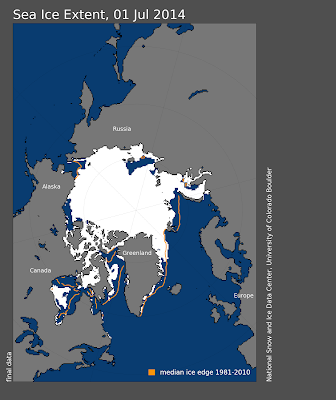 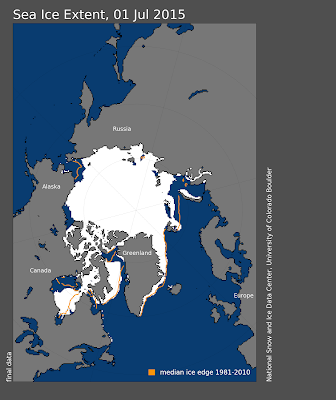 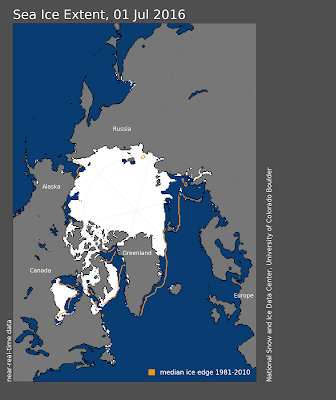