The Fairbanks area has seen no significant precipitation in over 3 weeks now, but a look at monitoring data from SNOTEL sites in the nearby hills reveals that the snowpack is healthy; indeed the current water content of the snowpack ranges from 124% to 184% of normal, where "normal" is the 1981-2010 median at each location.  Somewhat remarkably, most of the sites already have about as much snow on the ground as they normally do at the end of the snow season; and the Munson Ridge SNOTEL, the highest site at 3100' elevation, is already reporting over 8" of water in the snowpack.  Here's a chart of normal snowpack trajectories that I showed last spring. 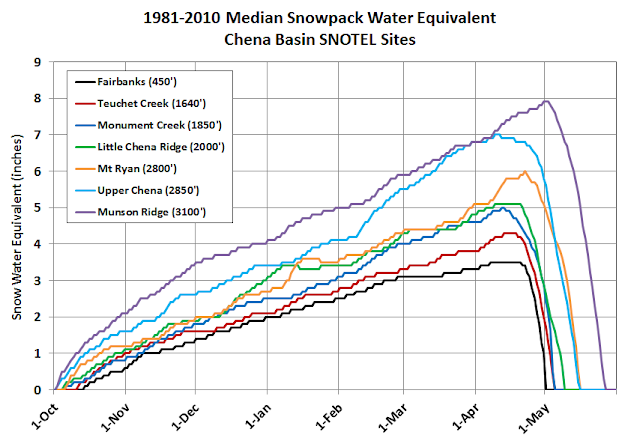 Looking more closely at the Chena Basin SNOTEL data from recent years, it's interesting to note that this is shaping up to be the 8th consecutive year with generally above-normal snowpack in the latter part of the snow season.  The chart below shows how each of these winters fared, and while some (like last winter) obviously had a slow start, each of the past 7 years was above the 1981-2010 normal by March.  This isn't quite what I expected to find, as several recent winters were exceptionally warm in Fairbanks, and historically most very warm winters are also dry. 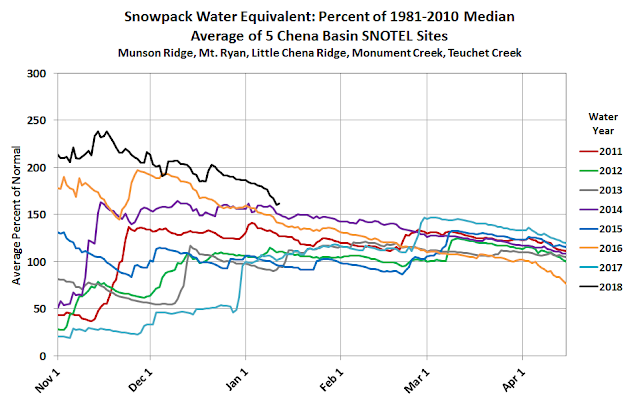 The April 1 snowpack data from the past several years show surprisingly little variance compared to earlier decades (see below).  None of the years has been particularly unusual in isolation, but taken together it has been quite a string of relatively snowy winters in the Chena Basin hills; and this year seems to be continuing in the same vein. 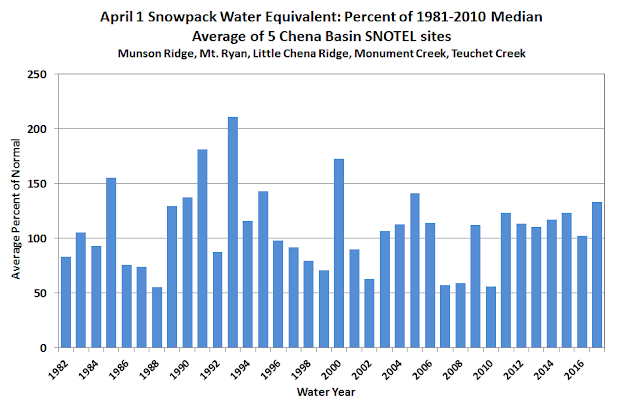