My visit to Fairbanks ended on Monday with a rare March instance of strong westerly breezes, adding further to the tally of "strong" westerly wind days in recent weeks (see here and here).  While it's typical for winds to pick up in late winter in Fairbanks, the seasonal breezes are usually from the northeast; in the past 20 years, there have only been 2 other days in March with similar winds (20-30 mph) from the western half of the compass.

In this week's event, the wind was associated with a strong cold front aloft; the 500mb chart below shows the trough axis near Fairbanks at 4pm AKDT on Monday.  Note the temperature of -39°C reported above Fairbanks; by Tuesday morning the 500mb temperature was down to -43.5°C, which was very nearly the coldest air of the entire winter at this level. 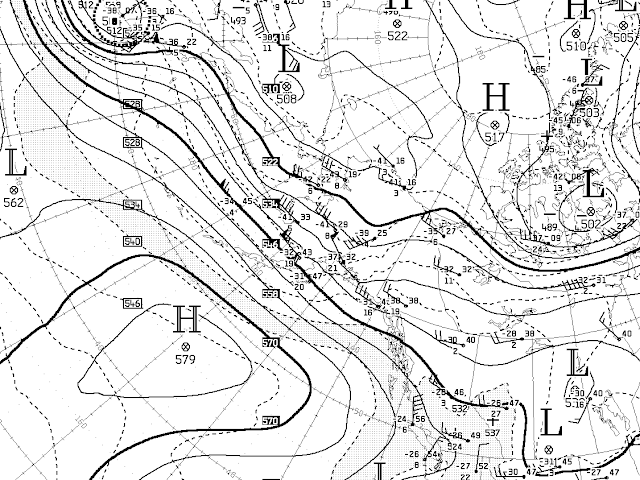 However, even as the cold air moved in aloft, temperatures at the surface were up near the freezing point on Monday afternoon.  The chart below shows the full sounding from 4pm on Monday; the (red) temperature trace shows a strikingly steep vertical temperature gradient, indicating an environment with potential for some convective overturning.

In response to the increasingly unstable environment, heavy snow showers emerged on Monday afternoon and moved through the Fairbanks area.  See below for a sequence of radar images at hourly intervals from 2pm to 7pm AKDT. 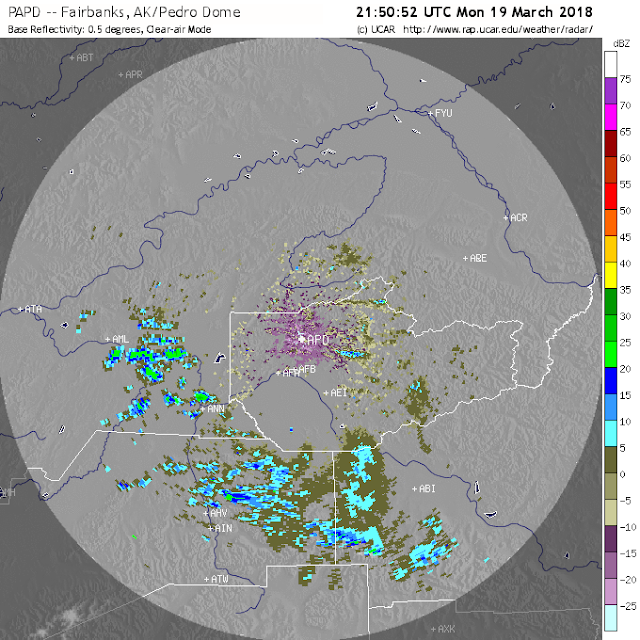 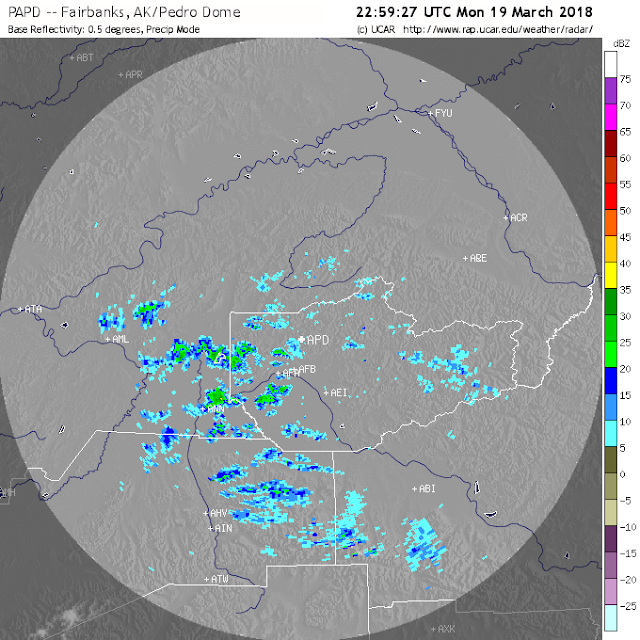 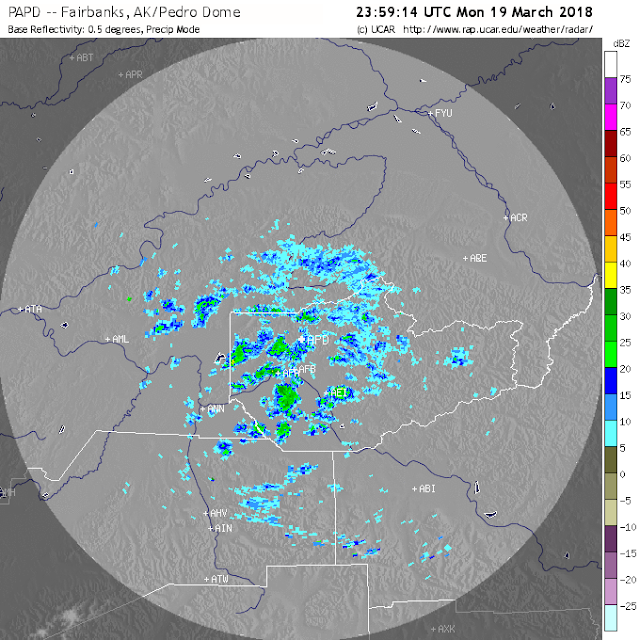 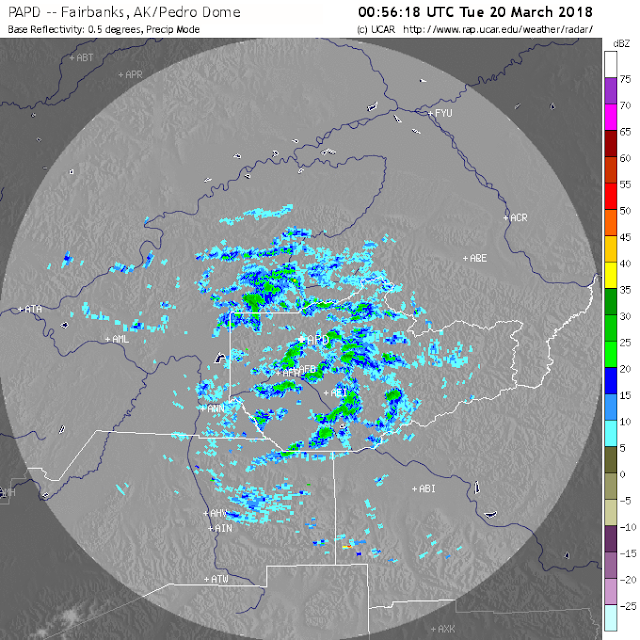 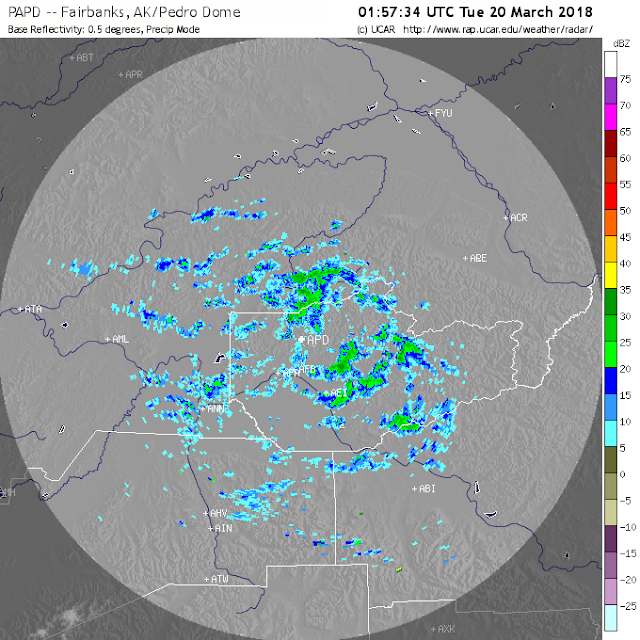 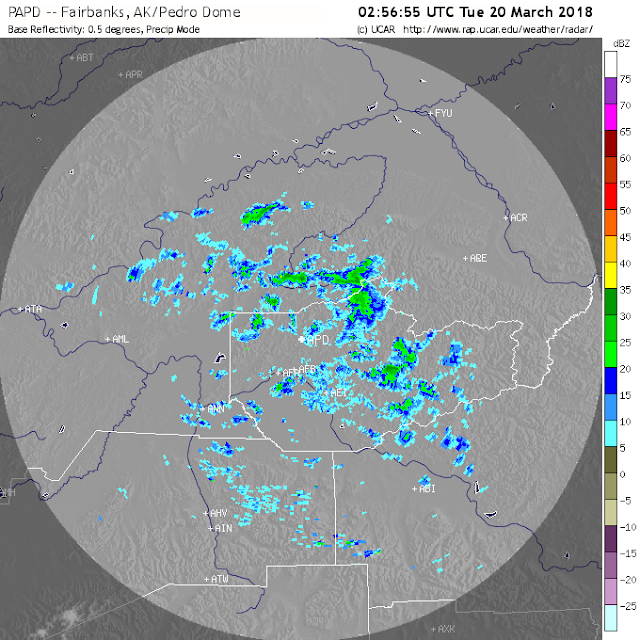 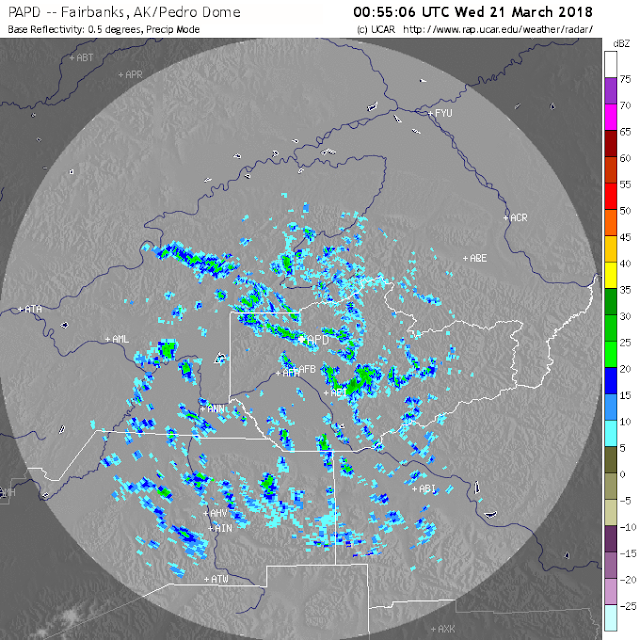 Reader Bill suggested that it's not uncommon to see heavy snow squalls like this in late winter in Fairbanks, but without going through a long-term archive of radar data, it's difficult to say what the frequency actually is or whether it might be changing over time.