For the fourth time in the past five years, the November-March mean temperature in Fairbanks was significantly warmer than the 1981-2010 average, i.e. the mean temperature was in the upper tercile of the 1981-2010 distribution.  Each calendar month was also warmer than normal, and in fact this warm "streak" goes back to last June; each of the past 10 calendar months has been at least 1°F warmer than normal.  This kind of persistent warmth is not unprecedented, but it's certainly unusual.

The chart below shows running annual mean temperatures (daily max/min/mean) in Fairbanks since the beginning of the NWS/Weather Bureau era.  The recent warmth has raised the annual mean to nearly 32°F, a threshold that was exceeded for part of 2016. 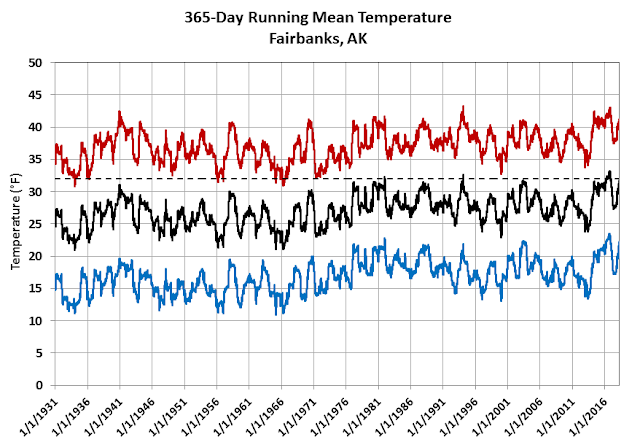