One of the biggest Alaska-related climate stories of this winter has been the dramatic reduction in Bering Sea ice compared to recent decades (and probably much longer, as noted by this recent article on climate.gov).  The latest data show no late-season recovery, and in fact the ice extent deficit has "stabilized" at more than 500,000 km2 below normal.  As of April 18, the Bering Sea ice extent of just 142,000 km2 is equivalent to the 1981-2010 normal for the beginning of June. 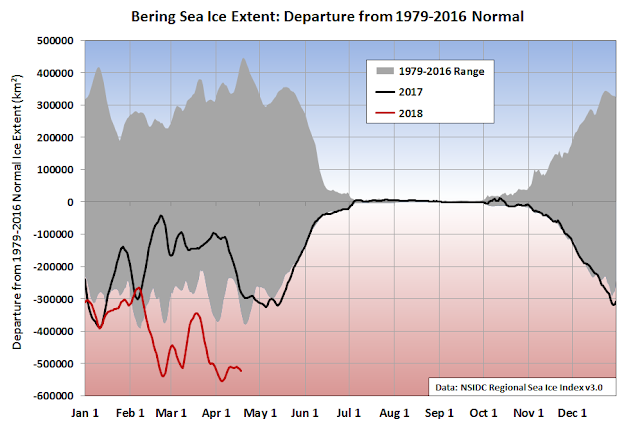 In seeking an explanation for the absence of sea ice, I previously noted the role of reduced northerly flow.  The connection between Bering Sea ice and the local circulation pattern is also reflected in the following map, which shows the correlation between 500mb heights and sea ice extent for December-March.  When there is a strong trough over Alaska, Bering Sea ice expands, but when the winter is dominated by a ridge over Alaska, ice cover is reduced.  Not surprisingly, this winter's upper-level height pattern was very similar to the pattern that produces strong variations in Bering ice extent - see the second map below. 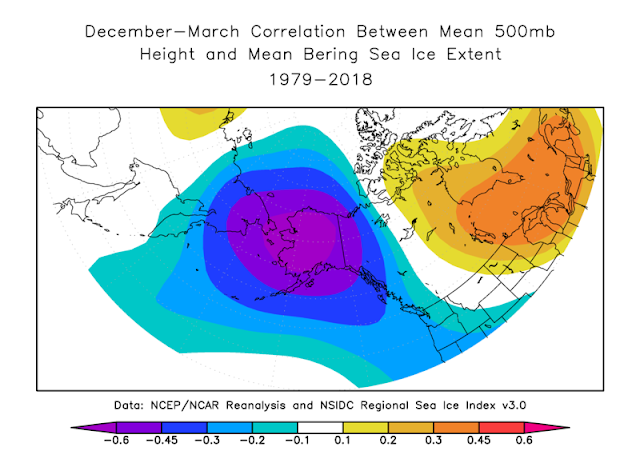 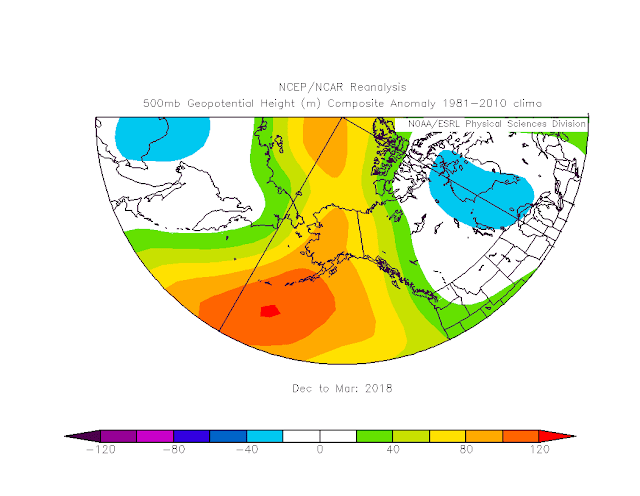 An interesting question that arises is "to what extent can this winter's ice loss be explained by the flow pattern?"  We can address this in a simple manner by estimating a linear relationship between sea ice extent and 500mb heights at the epicenter of (inverse) correlation near 65°N 160°W.  The chart below shows the reasonably good relationship (R=-0.67) and indicates that this winter's 500mb heights were the highest in the modern era of sea ice data.  However, the ice extent was clearly well below the level that would be expected solely from the strength of the ridge. 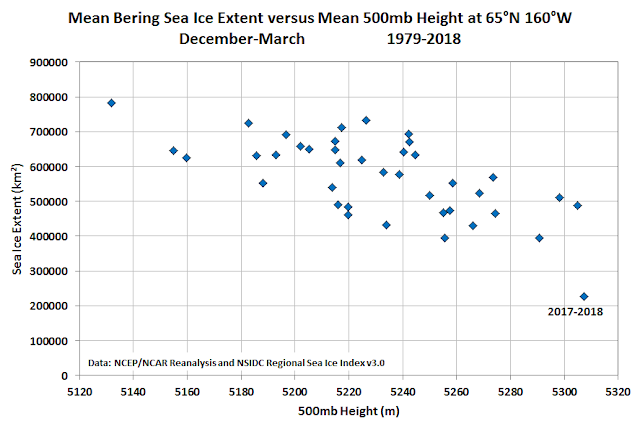 The chart below shows the same data in time series form.  This winter's 500mb heights were not much higher than in some recent years, but sea ice extent was far lower. 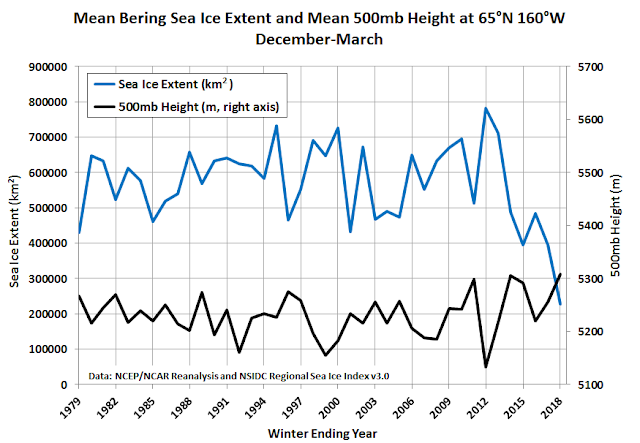 Performing the linear regression allows us to quantify the unusual shortfall of ice relative to what would might be expected from the flow pattern; see below.  Based on 500mb heights alone, the expected value of Bering Sea ice extent for 2017-2018 is 423,000 km2, or 168,000 km2 below the 1981-2010 mean.  The actual deficit this winter was 364,000 km2, or more than twice what can be explained by the circulation pattern alone. 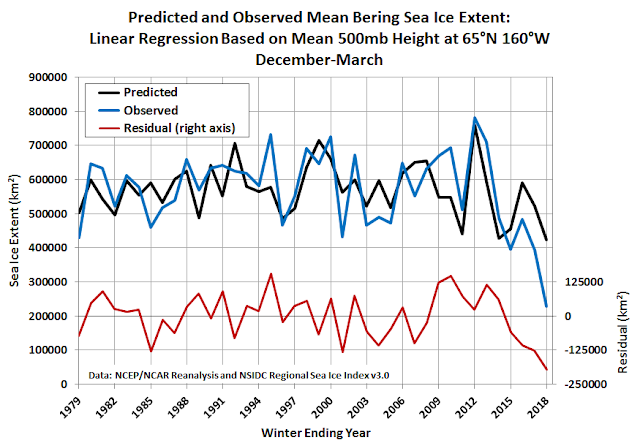 Perhaps the most interesting aspect of the analysis is that there has been an ice deficit relative to the regression model in each of the last four years, and it has grown steadily; here are the ice extent residuals from the last four years:

These results are consistent with the idea that the sea ice loss is not simply an expression of unusual weather patterns; rather, sea ice deficits have increased owing to persistent regional ocean warming and, presumably, Arctic-wide amplification of the background warming trend.