Alaska wildfire acreage has not increased in two weeks now, and with all the rain it's safe to assume that the fire season is over for 2018.  The total acreage burned was 399,000 acres, which is less than the last 3 years and nearly 40% below the median of the past couple of decades.  June was the busiest month for firefighters, although another 100,000 acres burned at the end of July and the very beginning of August.  Click to enlarge the figure below. 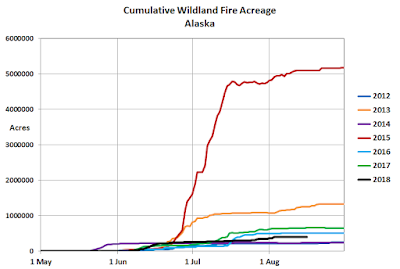 The chart below shows a parallel view of the statewide lightning data.  Despite a fast start in June, the state has seen considerably less lightning than the past 3 years, which were all quite active based on the short history of the ALDN TOA data. 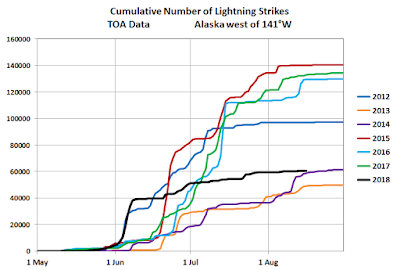 The spatial distribution of fire was a little unusual this year, with the central Tanana Zone seeing over 50% of the state's fire acreage; this has only happened a couple of times before since 1990.  Indeed the Tanana Zone acreage was more than 50% above normal, and the Galena Zone also saw more fire than normal, but the rest of the state was much less active than normal. 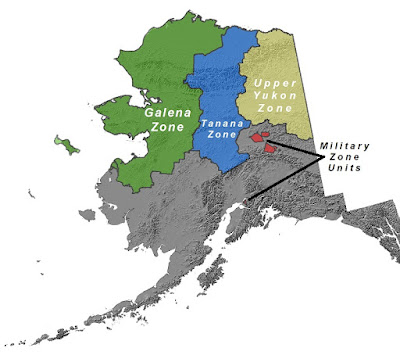 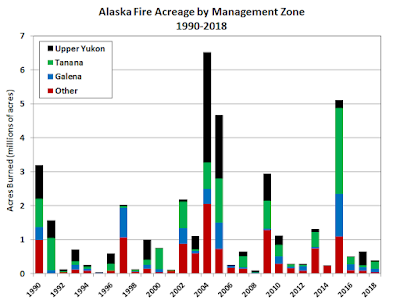 Finally, the length of the fire season was very close to normal, based on the length of time (54 days) between the 5th and 95th percentile of the total acreage.  According to this definition, since 1995 the fire season length has typically been around 40-80 days, although it was as long as 112 days in 2007 and as short as 9 days in 2001.  The chart below shows an interesting absence of August fire in the past several years, despite wild variation in the overall level of activity.  (But in fact there is no correlation between total acreage and length of the season based on the definition here.) 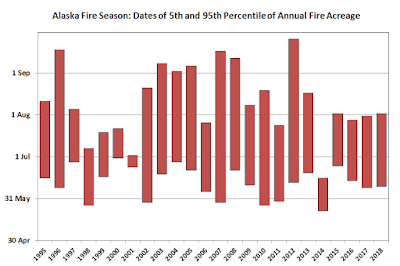