It won't last long, but interior Alaska is seeing conditions worthy of early winter today, with temperatures dropping below -30°F in the usual cold spots and below -40° in some locations.  Chicken dropped to -44°F this morning, and the Chalkyitsik RAWS reached -45°F.  Fort Yukon hovered near -40° all day, and Tanana and Eagle both reached -36°F.  Here's a map of minimum temperatures from midnight through mid-afternoon (click to enlarge): 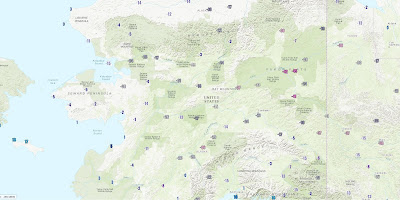 Here's the view from UAF at close to solar noon, with a mere 3° of solar elevation above the horizon. 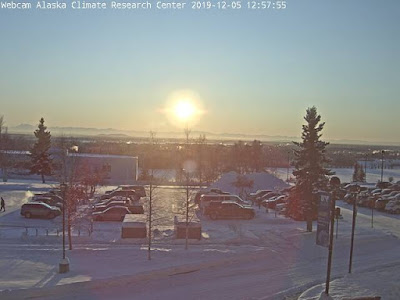 Up in Fort Yukon, polar night is now only a little more than 100 miles to the north, and this was today's view during the sun's brief traverse of the southern sky: 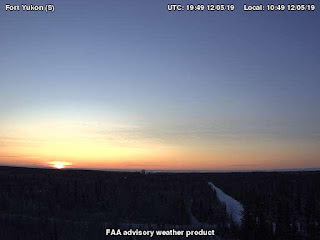 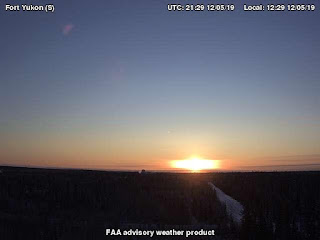 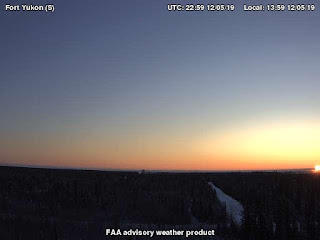 Clear skies and calm winds are the main ingredients for this kind of "normal" cold spell; the 3am surface analysis shows a modest anticyclone over northern Alaska. 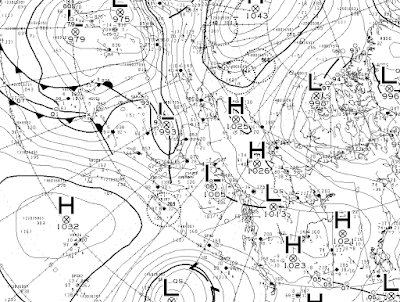 The air mass aloft is chilly, but not especially cold; for example, the 850mb temperature over Fairbanks was just below -20°C this morning.  Based on 1981-2010 data, temperatures this low or lower are typically observed over Fairbanks about 15% of the time in December and 20% of the time in January; but in the past 10 years it's been more like 10% and 15% respectively.  Real cold tends to show up when 850mb temperatures get closer to -30°C, and that's a rather rare occurrence these days.

Here's the 6-10 day forecast from CPC; enjoy the cold, if you can, while you can.