Colder with the Big High 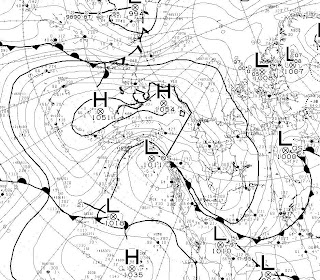 Fairbanks is poised to set a new November record high pressure later Tuesday or early Wednesday, with the high extending across much of mainland Alaska, as seen in this 9am analysis from Environment Canada.

Temperatures fell smartly in the areas with clear skies to the lowest levels of the season many places. The lowest temperatures were along the south side of the Brooks Rage: 39 below at the Coldfoot Snotel, 35 below at Chandalar Lake, 31 below at Bettles. Tonight will be the coldest night on the season so far in Fairbanks-land.
Posted by Rick at 3:21 PM