What defines the Fall season? Well, if you look it up in a textbook there will be one of two definitions. 1) astronomical Fall is between September 21 and December 21 (plus or minus a day), and 2) climatological Fall encompasses the calendar months of September, October, and November.

From a philosophical point of view, both Fall and Spring are seasons without meaning. They represent the transition period from the warm season (Summer) to the cold season (Winter) - and vice versa. As humans we give them attributes (fall foliage, greenup, breakup, etc.) but they lack the definitive markers that summer and winter have. I have done some preliminary research of alternate definitions of season boundaries but given other time constraints have not made much progress. Do they necessarily need to be equal lengths (90 days)?

I find the Summer and Winter midpoint maps fairly intriguing but the Fall map is rather uninspiring. Anecdotally, I would define Summer in Interior Alaska as May 25th to August 10th and would define Winter as October 20th to April 20th; but I digress. Perhaps seasons can be grouped according to the climate divisions laid out in Climate Divisions for Alaska Based on Objective Methods by Bienief et al. 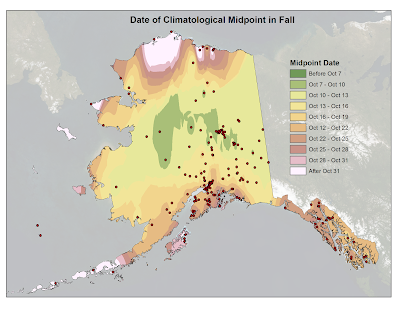 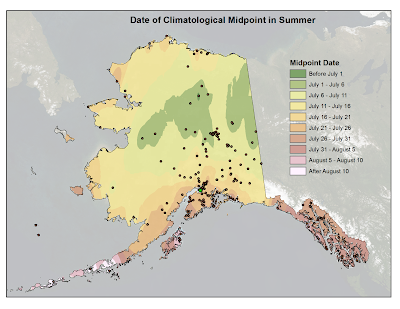 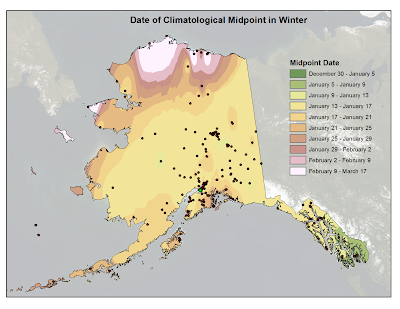