The first chart below shows the summer temperature anomaly from the NCEP/NCAR reanalysis. The bull's eye for greatest difference from normal is just north of Yakutat along the Yukon border. 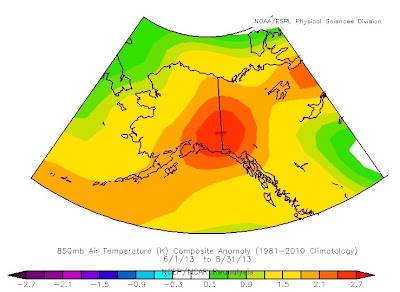 The next map show the actual upper air sounding temperatures for the months of June, July, and August at the 14 sounding locations for Alaska. The overall summer ranking is shown for each station. Only Kodiak recorded their warmest summer at the 850mb level. Every other station was in the top 10. Again, not really a surprise given the surface temperatures were in the top 10. 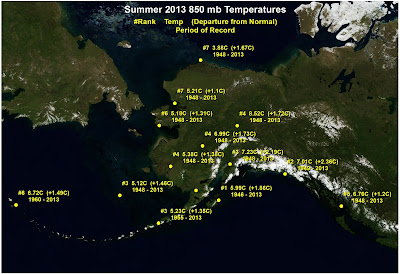 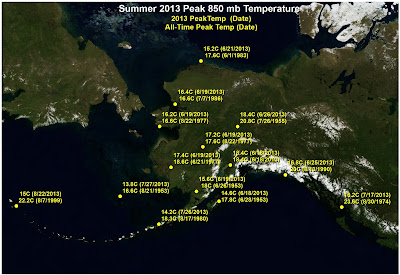 Finally, here is a picture from the top of South Suicide Peak (5,005') near Anchorage on one of the very warm 850mb temperature days. The pressure level was 851mb and the temp was 18C (64.4F). It is not exactly a free-air temperature but it was very, very warm. 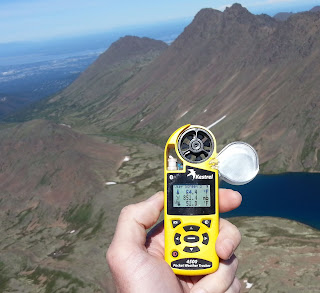