Here are some preliminary charts depicting the 2013 year in Fairbanks. In terms of temperature, 2013 was the 20th warmest of the 84 years since 1930 with an annual temperature of 28.3°F. As will be detailed in a future post, by my chi-square metric, this was the most extreme year on record due to the very large number of days more than 2.0 standard deviations from the mean. For precipitation, the 10.65" was very near the normal and was the 41st most of the last 84 years. 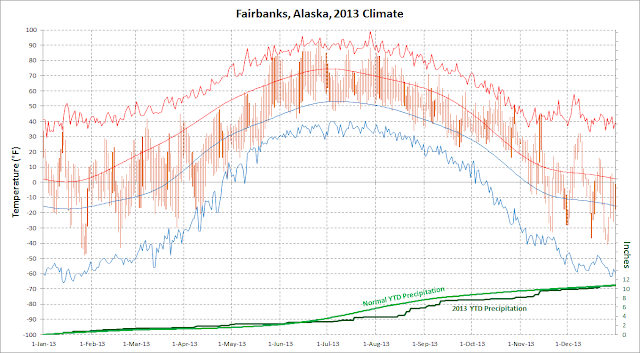 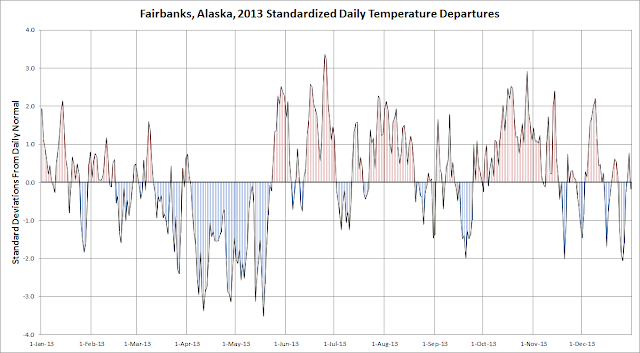 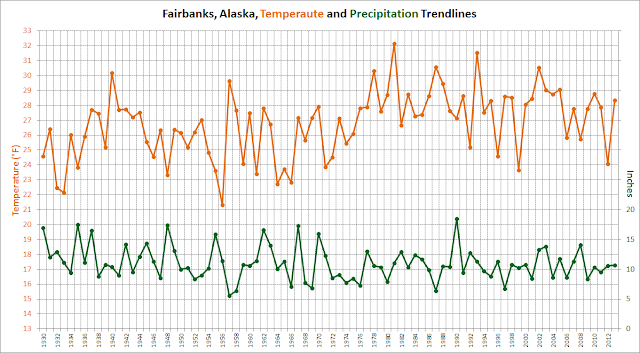