The 12Z (3 a.m.) balloon sounding launched from the Fairbanks International Airport this morning set some quite impressive records.

1) The 850 mb temperature of 9.4°C is a January record and is also at or above any temperature measured in November, December, March or April; but not February.

2) The 700 mb temperature of 1.4°C is a record for any month between November and March.

The chart below shows today's 12Z sounding and the 1/18/63 (12Z) sounding side by side. If you discount the very shallow surface inversion where temperatures were below freezing (~24m), you have to ascend another 10,000+ feet to drop back below freezing. For comparison, the 3,229 m freezing level was only slightly lower than the 3,395 m at Bermuda and the 3,329 m at Lake Charles, Louisiana. 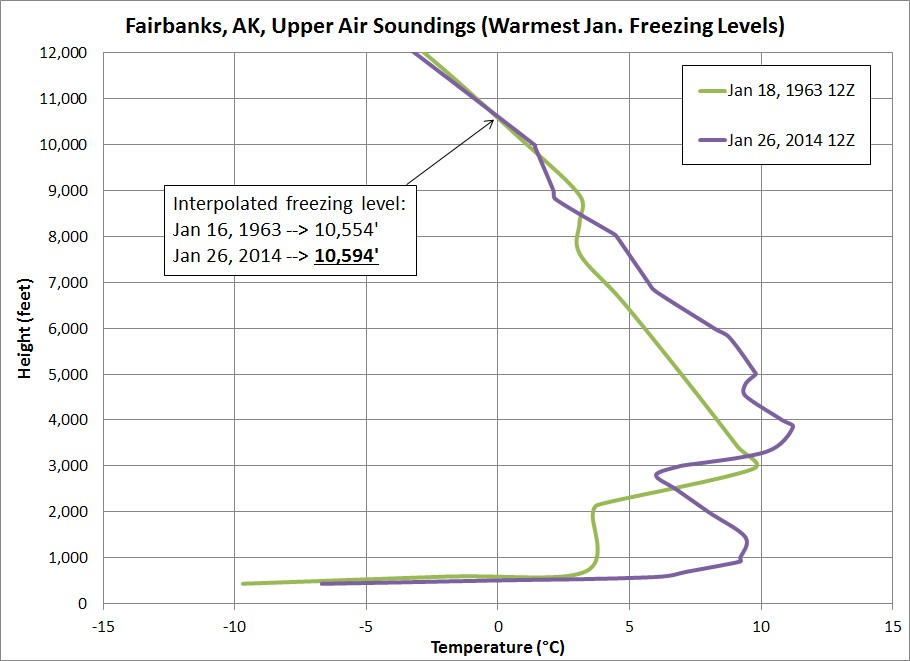