An entertaining ritual of spring in Alaska is the famous Nenana Ice Classic guessing game, wherein hopeful participants submit estimates of the precise time that the ice will go out on the Tanana River at Nenana.  Last year's breakup was the latest on record, although the breakup in 1964 was technically a day later if you account for the fact that 1964 was a leap year.

The ice at Nenana this year is a little thinner than usual, which has led some to speculate that the breakup will be early, although the historical correlation between early April ice thickness and the breakup date is very small.  A much more important factor is the temperature in April - and in early May if the breakup is late.  Of course, for those playing the Classic, the submission deadline of April 5 makes it impossible to know with confidence how temperatures will evolve in the last 2 or 3 weeks prior to breakup.  However, I find it interesting to note that the long-range temperature forecasts from the National Weather Service's CFSv2 model are modestly skillful and therefore allow for a slight edge over random chance in the guessing game. 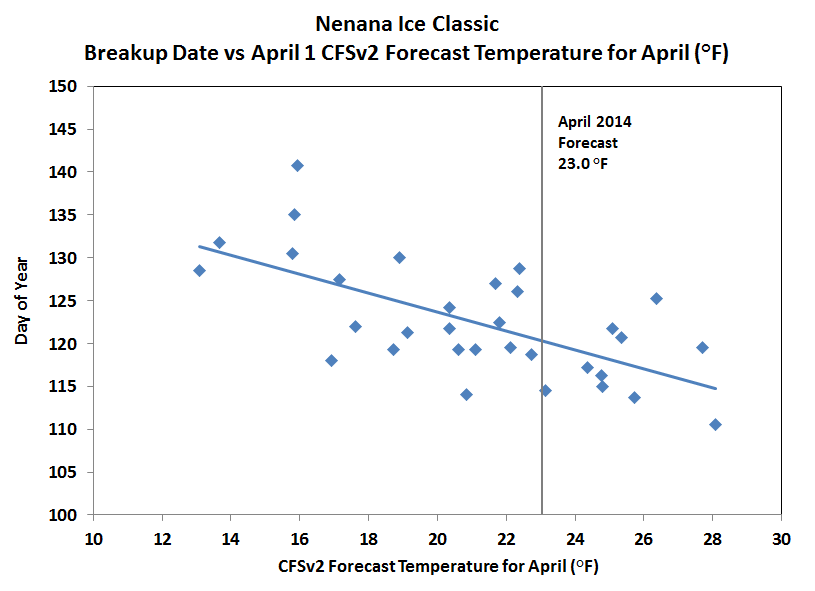 Simple linear regression allows for a crude estimate of the potential effect of the expected temperature on the breakup date.  This year's forecast temperature for April is 23.0 °F, or 1.9 °F above normal, which translates into a breakup date of April 30, or 2 days earlier than the 1982-2013 mean.  Of course, this is only a slightly better guess than simply taking the mean; the error distribution on the regression indicates that the probability is about 66% that the breakup will be earlier than May 2.

From a subjective standpoint, I would guess that the breakup will be earlier than the forecast indicates, because there is very little snow on the ice (see below).  This is unusual for the time of year, and with no reflective snow pack, the sun will be unusually effective in melting the ice.  My best guess for breakup is between April 23 and April 28. 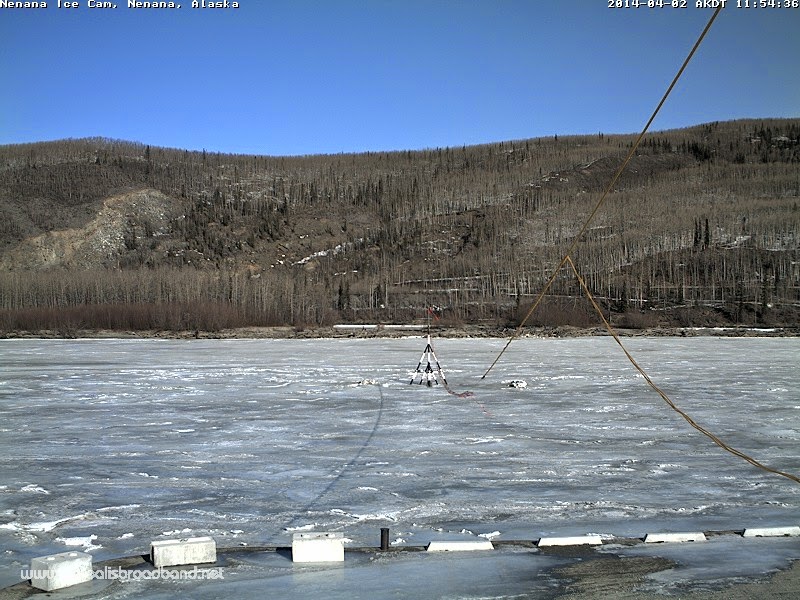 Posted by Richard James at 1:37 PM