Fairbanks has enjoyed predominantly dry and relatively sunny weather since late winter, and temperatures have been mostly above normal except for the brief cold snap earlier in April.  Measurable precipitation since March 1 has occurred on only 5 days, compared to a long-term median of 8 days in this typically dry time of year.

I recently downloaded the history of hourly cloud cover observations from Fairbanks, and these reveal that more than half of the days since March 1 have been mostly clear; I defined this based on a daily mean cloud cover amount of less than 50%.  The long-term normal (1950-2013) is for about 35% of days to be mostly clear in this period, so in 2014 there has been a 50% excess of clear days; but this is not close to a record.  Between March 20 and April 2 there were 14 straight days with mostly clear skies, but this too is less than the springtime record of 19 such consecutive days in 1983.

The chart below shows mean daily cloud cover compared to normal so far in 2014.  The normal values are derived from the NCDC 1981-2010 normals for each category of cloudiness (clear, few, scattered, etc).  The updated temperature chart is also included below, and the seasonal change in correlation between cloudiness and temperature is evident.  In winter, clear skies are strongly associated with cold conditions, but as the sun strengthens and days lengthen, clear skies increasingly bring warmth while clouds begin to suppress temperatures. 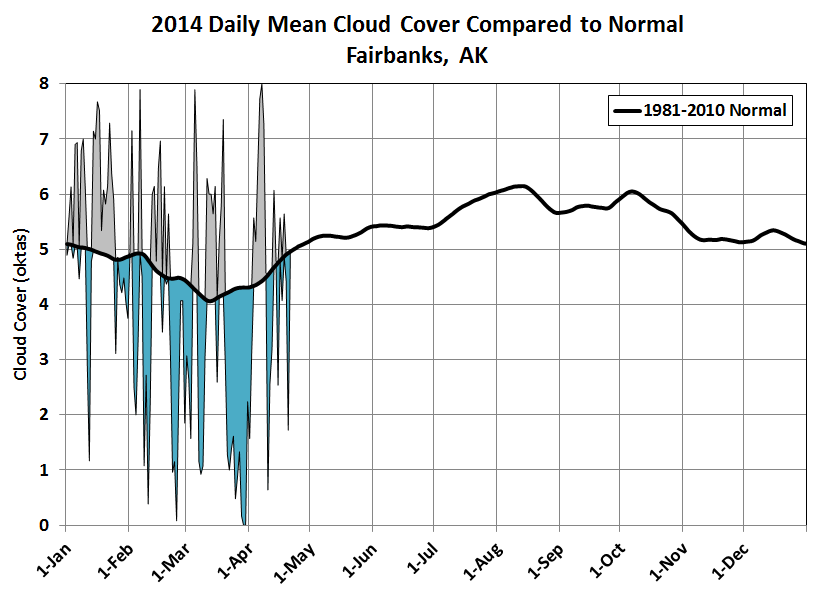 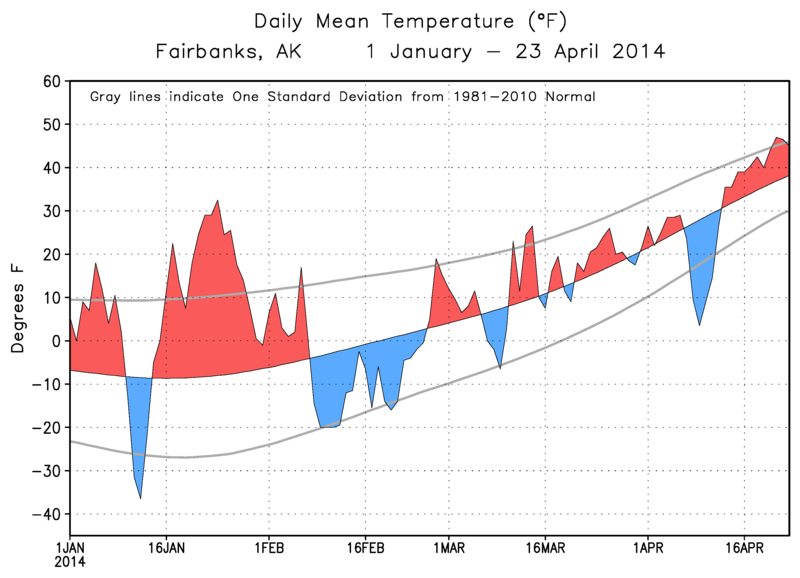