I downloaded all observation data for the ASOS, RAWS, and CWOP stations around Fairbanks from the Mesowest site since November 1st. For those stations that are also part of the GHCN network, I downloaded the official daily summaries as well. The Mesowest site only receives temperatures every 15-60 minutes so many instances of minimum temperature thresholds may have been missed between observations. For example, if we only looked at the hourly readings for the Fairbanks International Airport, we would think that 11 days were -30°F or colder. However, the daily summary for Fairbanks indicates that 14 days were -30°F or colder. For the Ft. Wainwright RAWS station, the Mesowest data and the daily summary data matched very nicely. That is due to the much more frequent rate of observations sent to the Mesowest site. The same is true of the CRN site (Fairbanks 11 NE).

For the Anchorage map, I added a shading to indicate likely values between points. However, I decided not to do the same for Fairbanks due to the fact that very small elevation changes have a dramatic effect on the total numbers displayed on the maps. Those elevation differences are too subtle to represent effectively at this time.

Here are the maps for the number of days where a temperature of -10°F, -20°F, -30°F, and -40°F, were recorded. Once again, for the GHCN sites, I used the official daily summary. For the other sites, I used the lowest daily observation that was sent to the Mesowest site. The last image is the map of sub 0°F days in Anchorage. 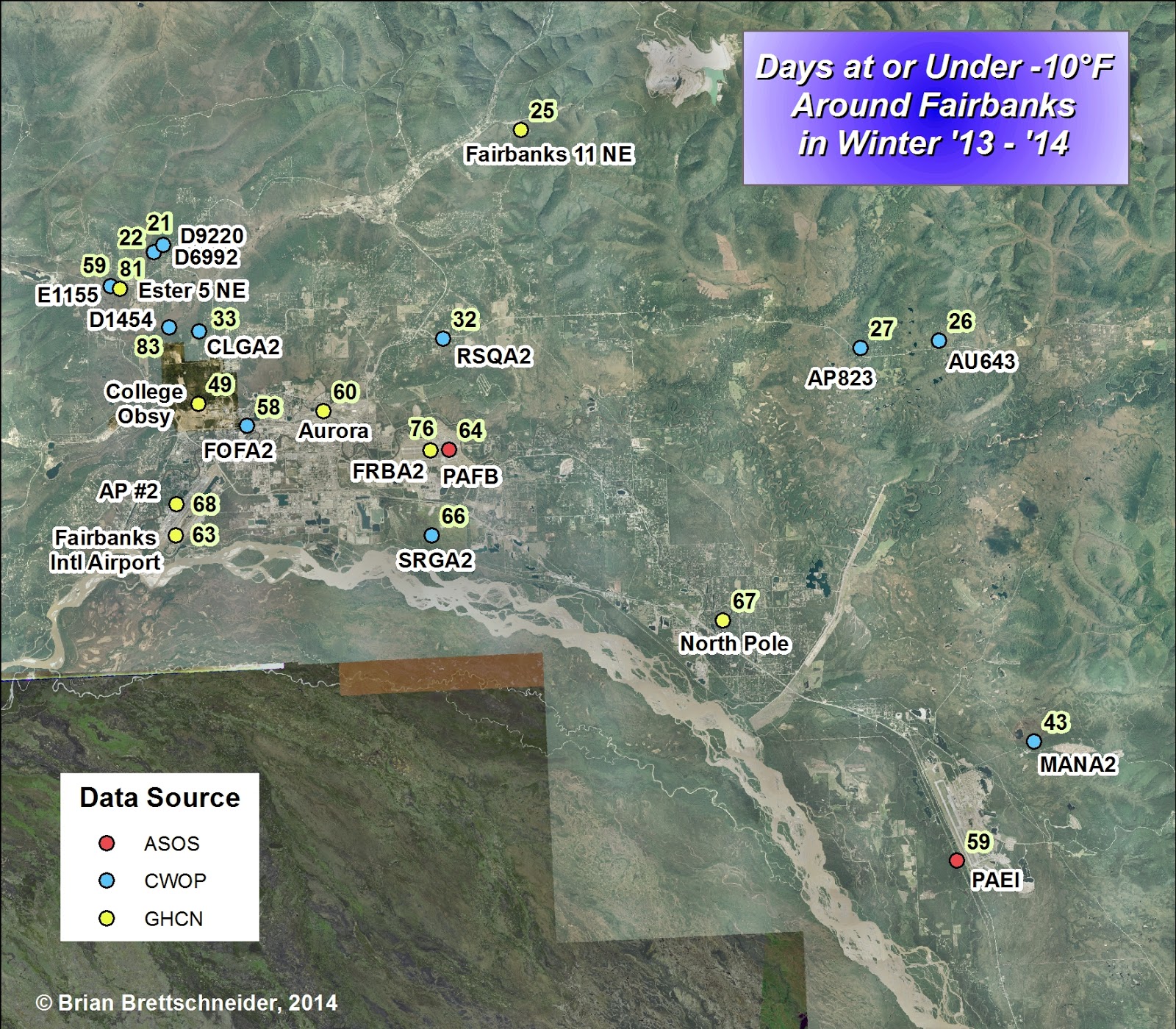 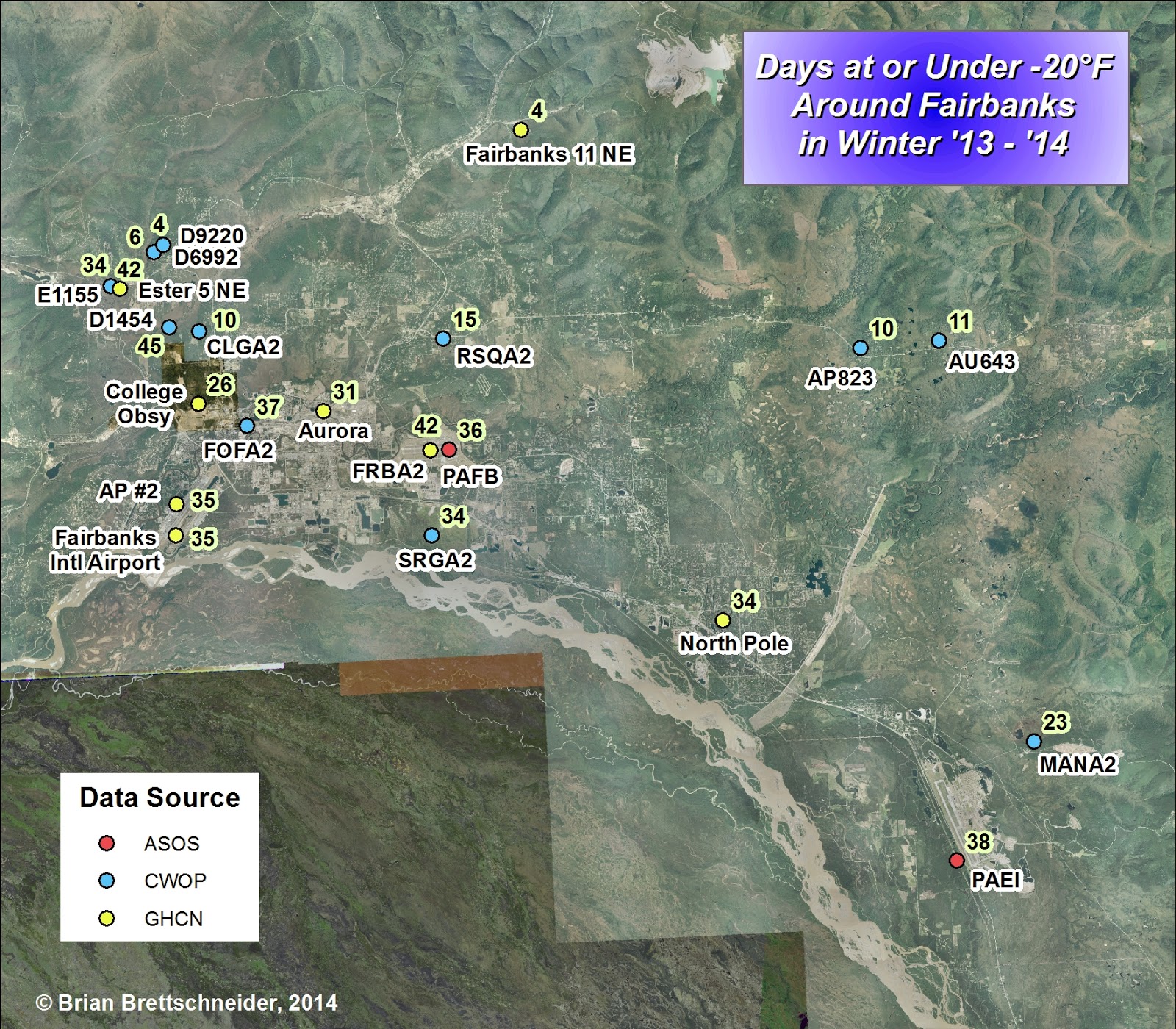 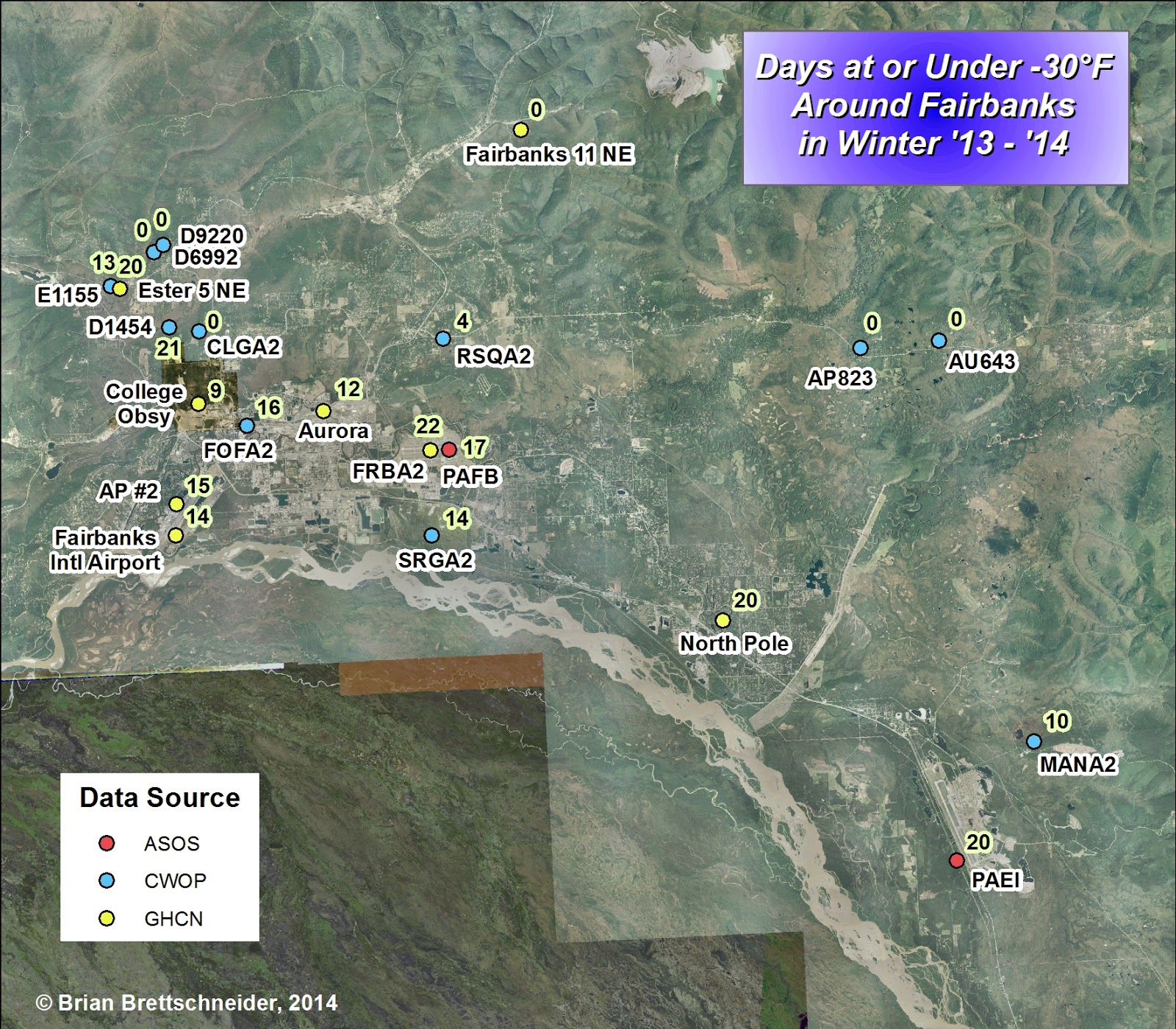 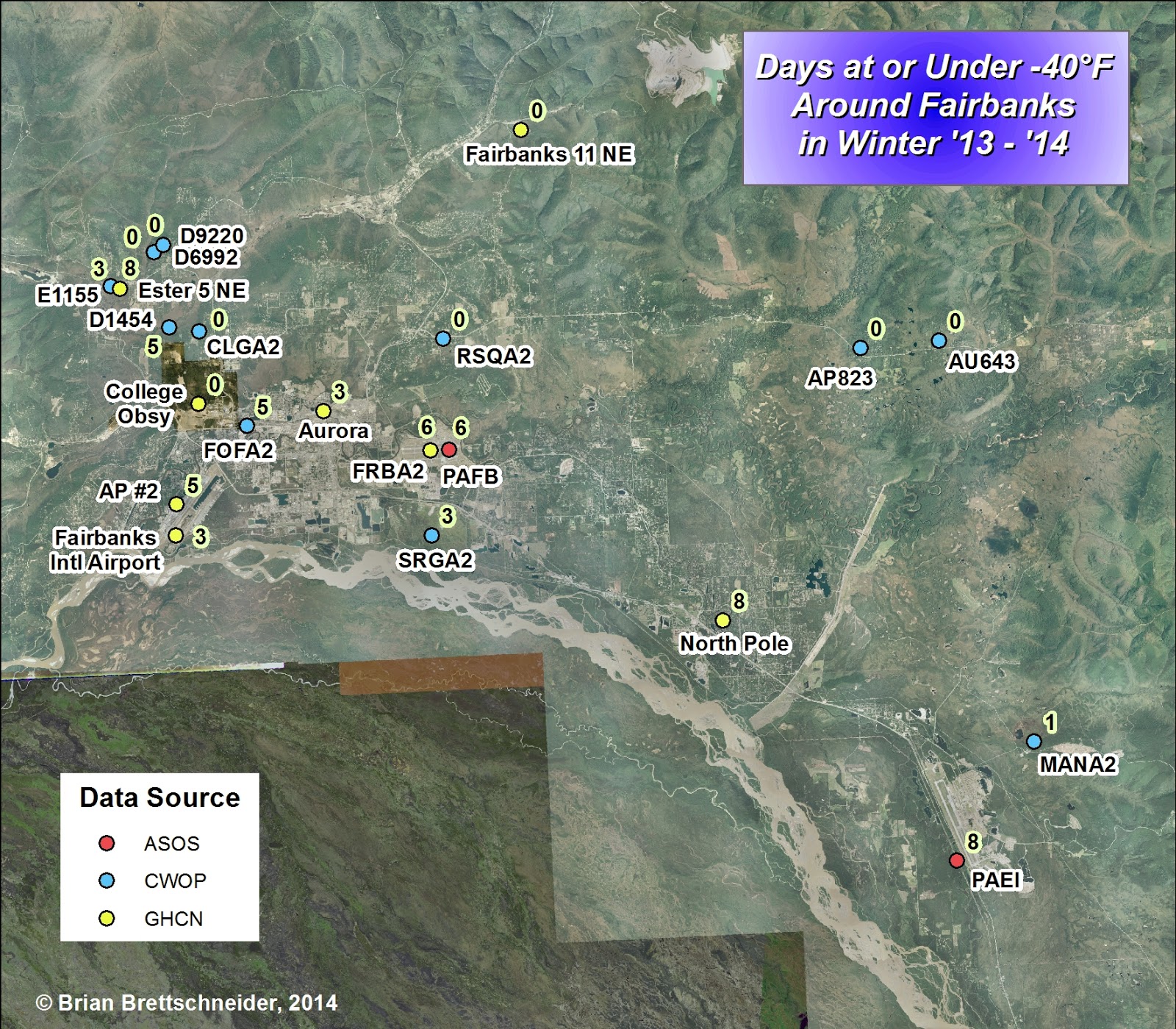 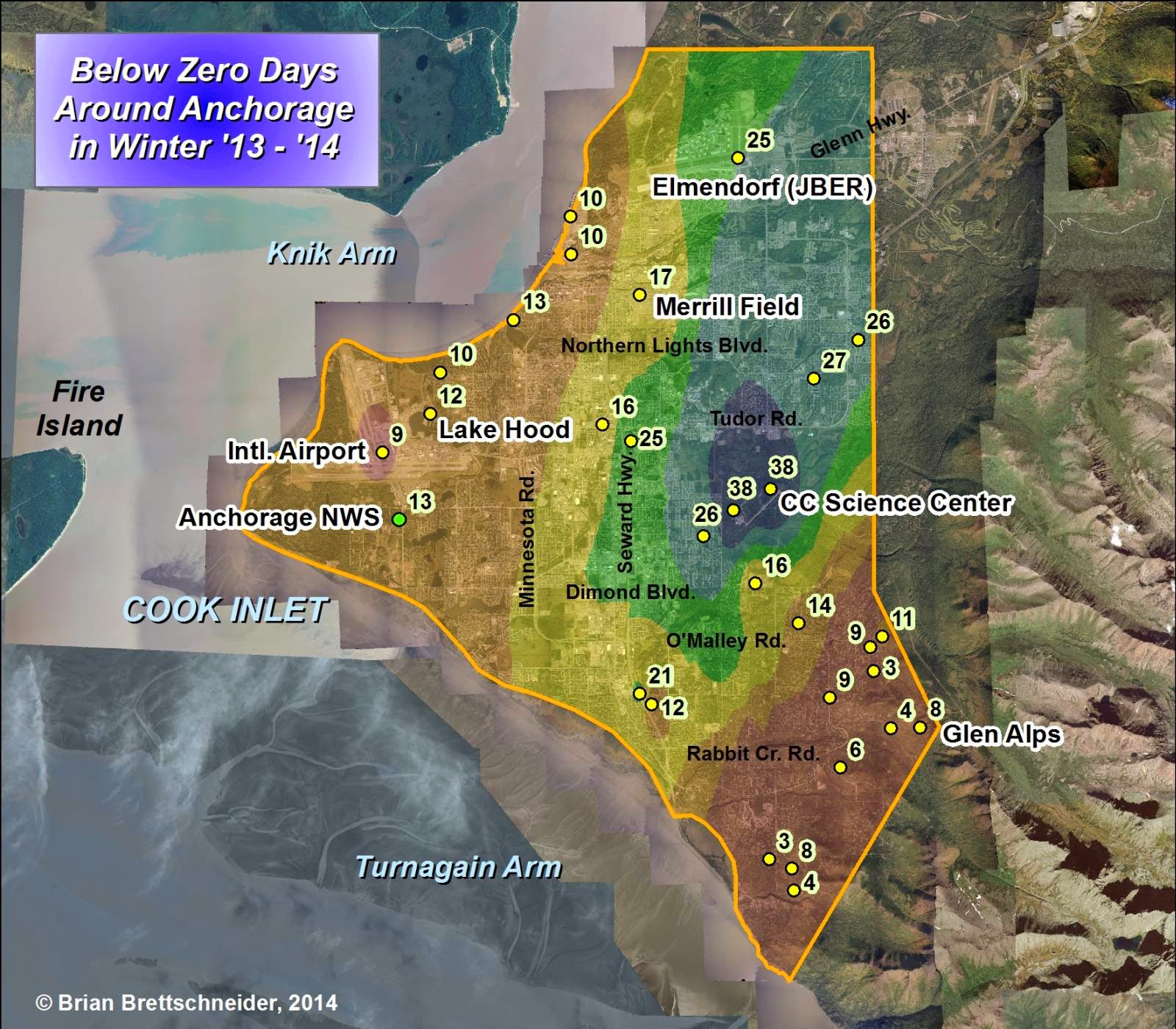