A Little Cool in Barrow

It's not often there is a cool anomaly to point out in Barrow, but the past month has actually been a little cooler than the 1981-2010 normal at Alaska's northernmost extremity; the chart below shows the daily mean temperature compared to normal since April 1.  This cool anomaly comes immediately after Barrow had its warmest year on record for the period June 1 - May 31.

Barrow has yet to break the 40 °F barrier this year, which is rather unusual by the time the summer solstice arrives; the last time 40 °F was first exceeded this late was in 1974.  The culprit appears to be an absence of southerly flow, due to higher than normal pressure over the ocean to the northwest, and lower than normal pressure over land to the southeast (see map below).

The third figure below shows the annual sum of thawing degree days up to June 21, and the total so far this year is a little lower than in most recent years (though by no means exceptional).  It will be interesting to see if unusual warmth soon returns or if - as the CFSv2 ice forecast seems to think - the summer might remain relatively cool. 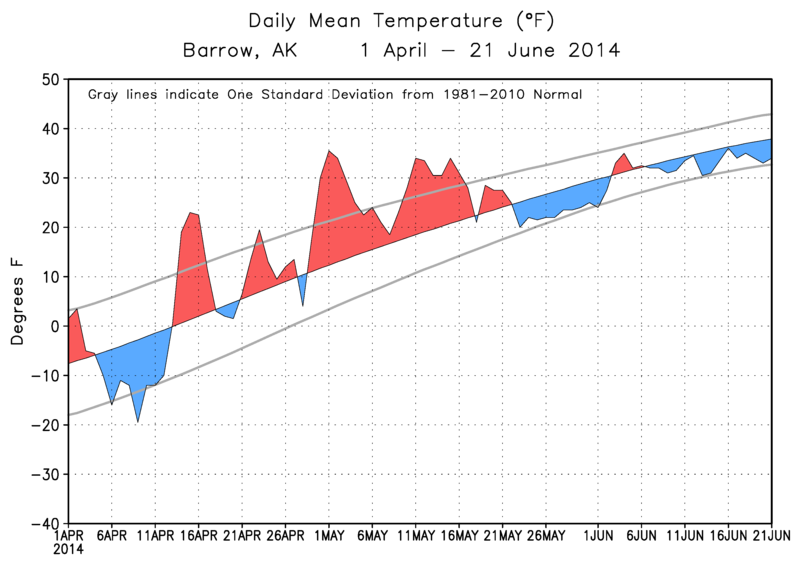 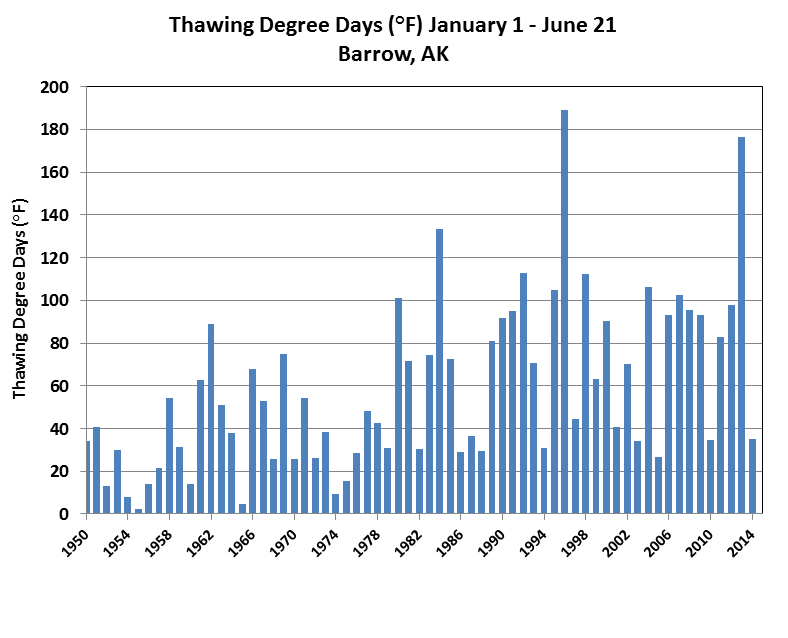