Right on cue, the lightning season has begun in Alaska. Yesterday was the first day that the BLM's lightning detection network recorded more than 10 cloud-to-ground strikes in a day. A total of 198 strikes were recorded on Saturday (5/31).

Figure 1 shows the location of yesterday's cloud-to-ground lightning strikes. All of the strike were between Galena and Eagle and were all north of the Alaska Range. I did not see any thunderstorm reports from a quick look at the METARs but my search was not exhaustive.

Figure 2 shows and a frequency distribution chart of total strikes in Alaska by 10-day interval between 1986 and 2012. ‪It is similar to the charts from last weeks post on thunderstorm and lightning climatology. Since a new lightning detection system was implemented in 2013, the raw values shown in Figure 2 may not be representative any more. However, the temporal pattern is still valid. 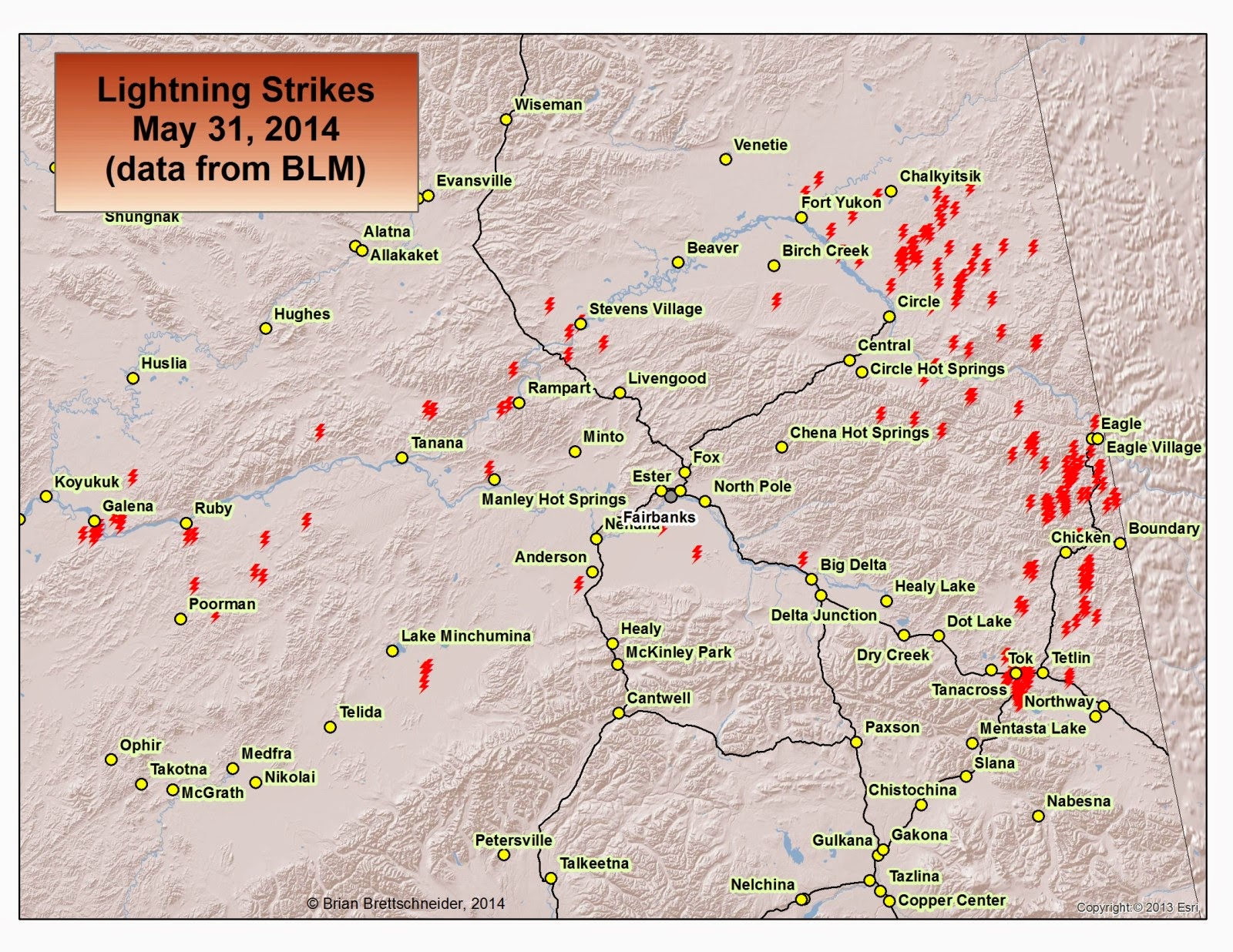 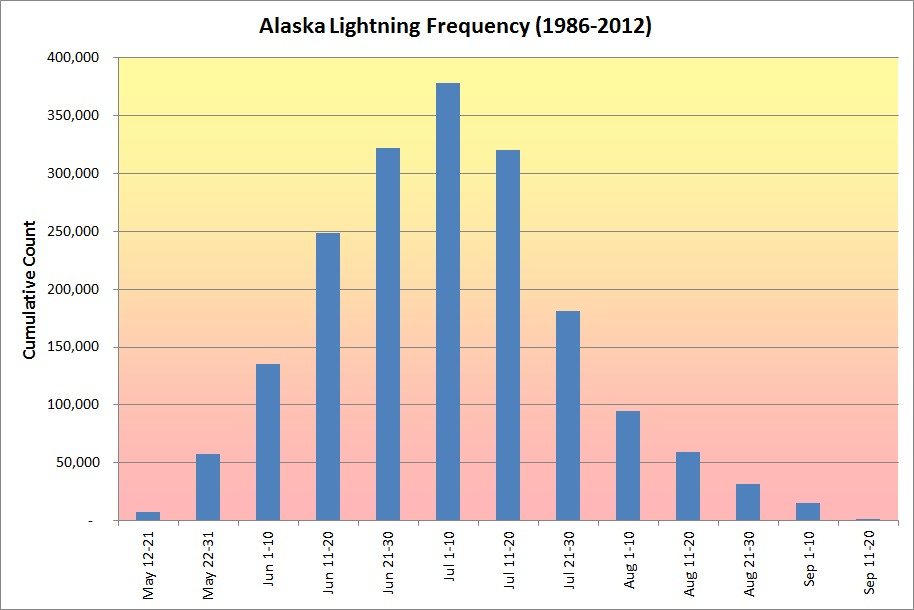 Figure 2. Lighting frequency during 10-day periods for all Alaska between 1986 and 2012. (Note: July 31 and August 31 were omitted to keep the interval size consistent.)