Is there a correlation between solar wind and lightning activity here in Alaska? The short answer is: maybe.

Last month there was some buzz regarding an article in the journal Environmental Research Letters showing a correlation between lightning frequency and the solar wind. The solar wind carries enormous quantities of charged particles from the sun in all directions. Since lightning is an atmospheric process that brings the electromagnetic state into local equilibrium, it stands to reason that the addition of charged particles into the earth system might have an influence on the rate of lightning strikes.

The British researchers looked at data from the Advanced Composition Explorer (ACE) satellite and lightning data in Great Britain. Their study used the median value of the "Vy" variable as a proxy measure of solar wind intensity. They did a lot of work to glean the peak occurrences and to determine intervals on either side of the peak. Make no mistake, they did a robust study. What I present here is not nearly as robust.

Four variables are mapped. 1) plasma speed, 2) plasma temperature, 3) Vy and 4) Vx. Items 1 and 2 are pretty straightforward. The sun emits charged particles that are one phase hotter than gasses; i.e., plasma. Items 3 and 4 are a little more confusing. They represent how much the ACE sensor was deflected in the X and Y direction by the solar wind using local (gsm) coordinates. The X direction is how much it is deflected toward the earth; hence, large negative values of Vx for a strong solar wind. The Y direction is perpendicular to the X direction. Figures 1 through 4 below correspond to the four variables described in the previous paragraph.

Clearly, a relationship exists. The trends are unmistakable but the magnitude may be just background noise. This is a cursory study and is certainly not authoritative. Mainly it is just food for thought. 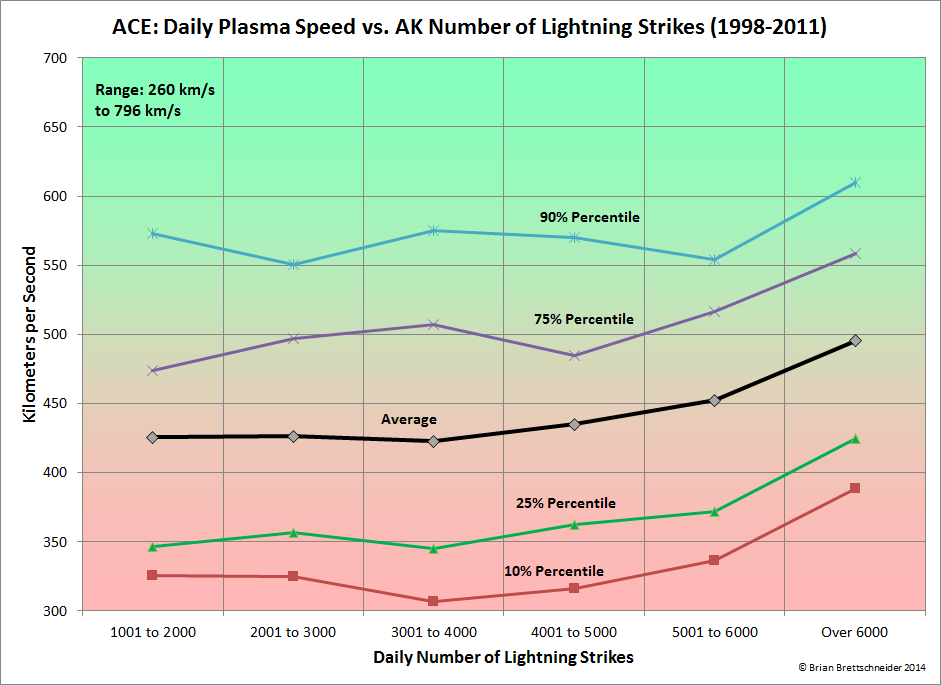 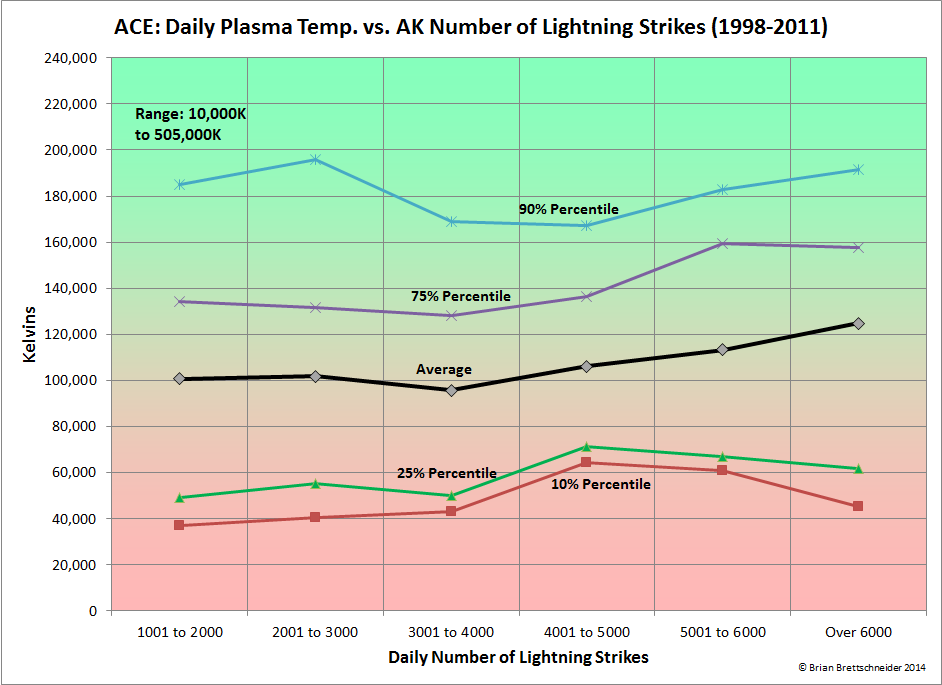 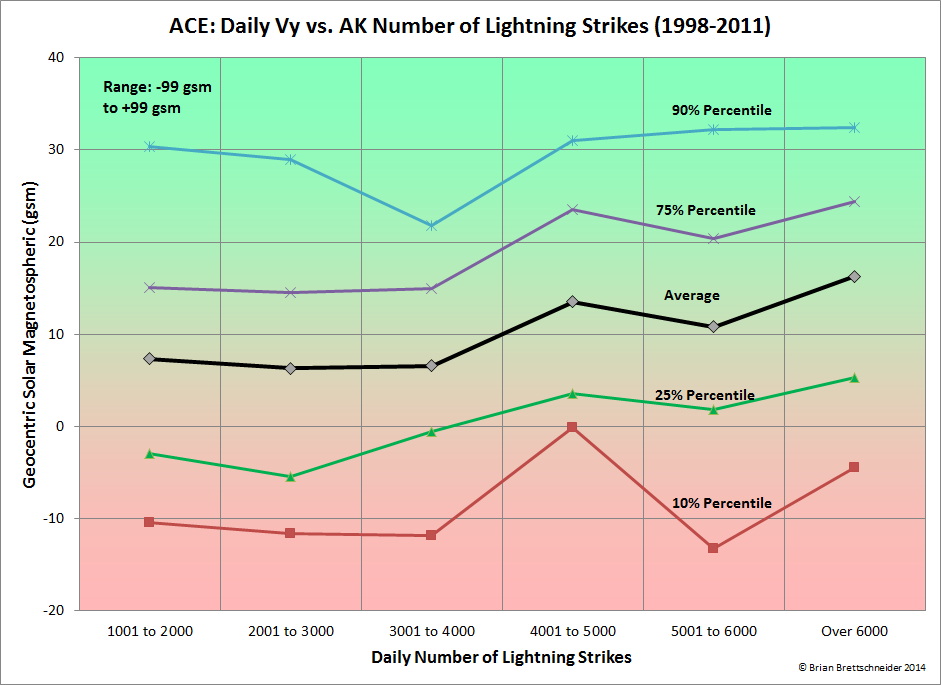 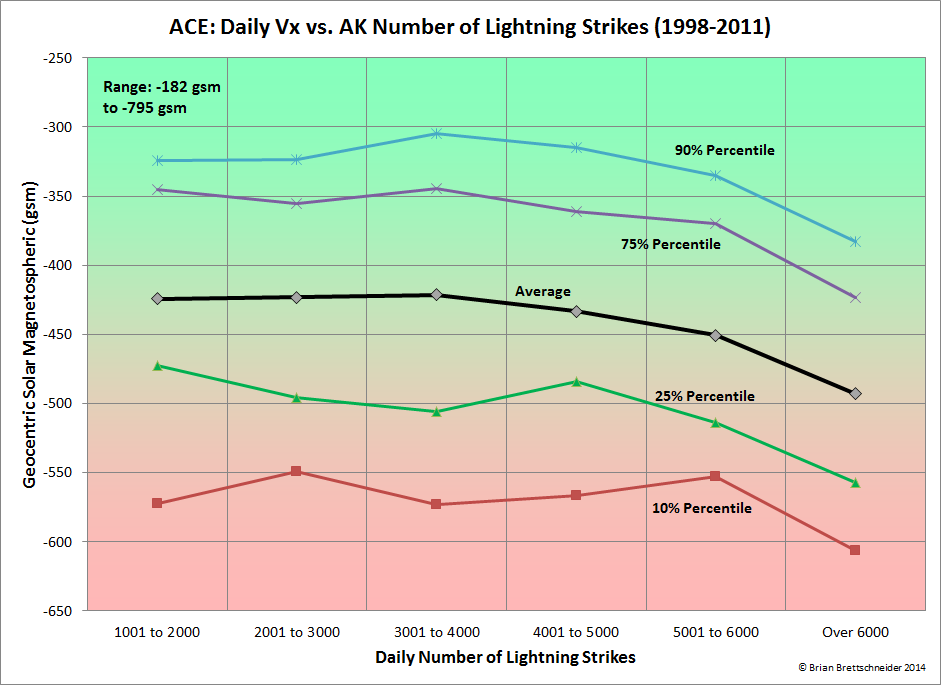 Note: This is a cross-posing from my super secret FB page.
Posted by Climatologist49 at 4:39 PM

Email ThisBlogThis!Share to TwitterShare to FacebookShare to Pinterest
Labels: Lightning