As a follow-up to the previous post, I calculated the accumulated growing degree days (base 50 °F) during the growing season for a few locations in interior Alaska.  The growing season could be defined in various ways, but I used the period between the last and first 30°F freeze.  First, the results for Fairbanks: 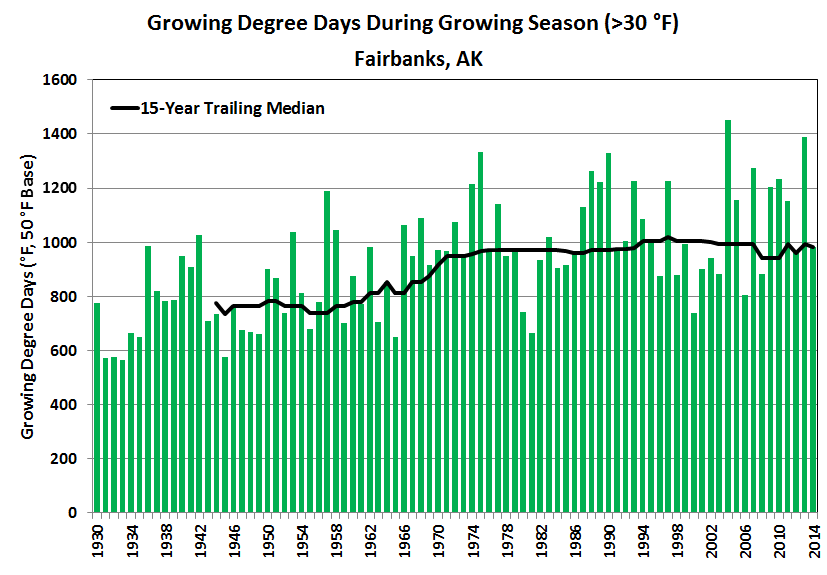 It's interesting to see that although Fairbanks has seen a couple of extremely warm summers in recent years (2004, 2013), the 15-year median hasn't changed much in the past 40 years.  One trend I would note, however, is the recent lack of very cool summers. 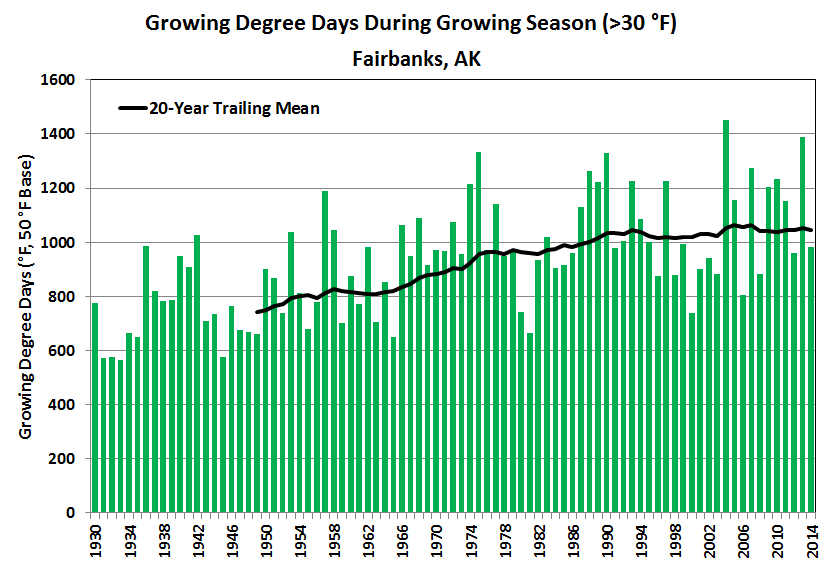 Here are the charts for three other locations with generally reliable long-term data.  Note that I excluded any year with 5 or more days of missing data during the growing season, and for less than 5 missing days I replaced the missing data with the 1981-2010 normals (to avoid bias in the accumulations). 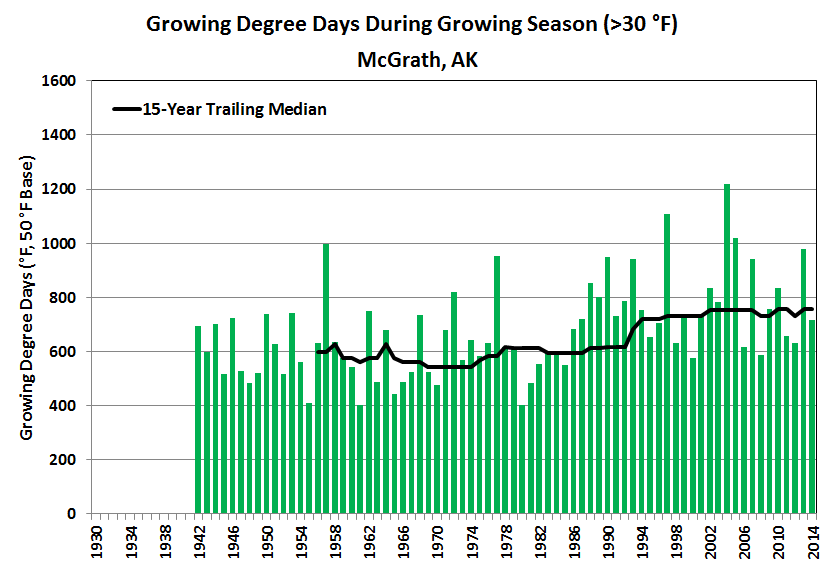 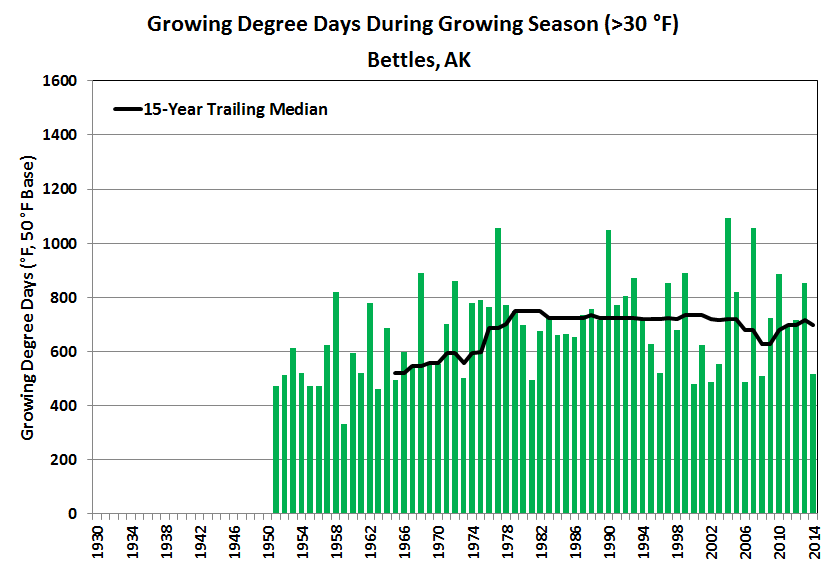 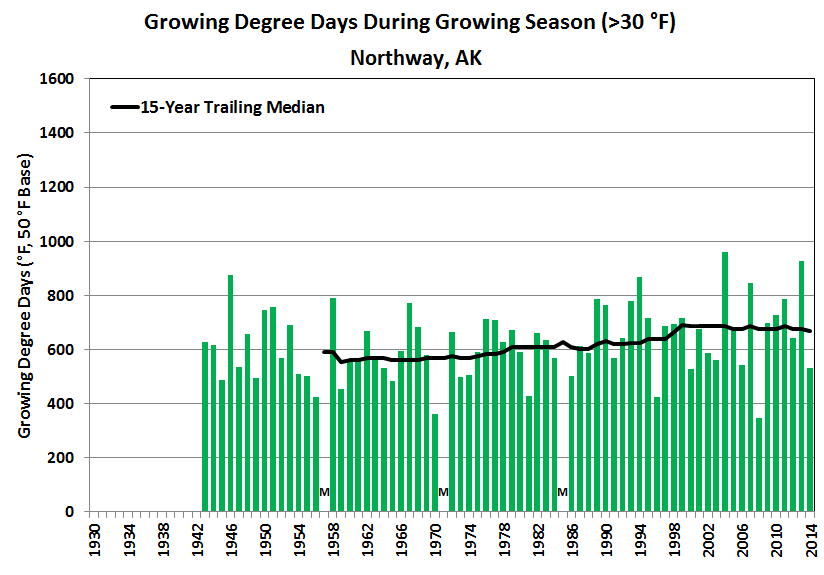 The relatively benign summer climate of Fairbanks (airport) is evident here, as the other interior locations all have far fewer GDDs on average.  Given Northway's southerly location, it's interesting to see just how little warmth is available during the growing season; this is the effect of 1700' of elevation.  Just for the sake of comparison, Chicago's 1981-2010 average for growing season GDDs is 2909.  However, lower-48 locations don't have the length of day that allows for accelerated plant growth during Alaska's short growing season. 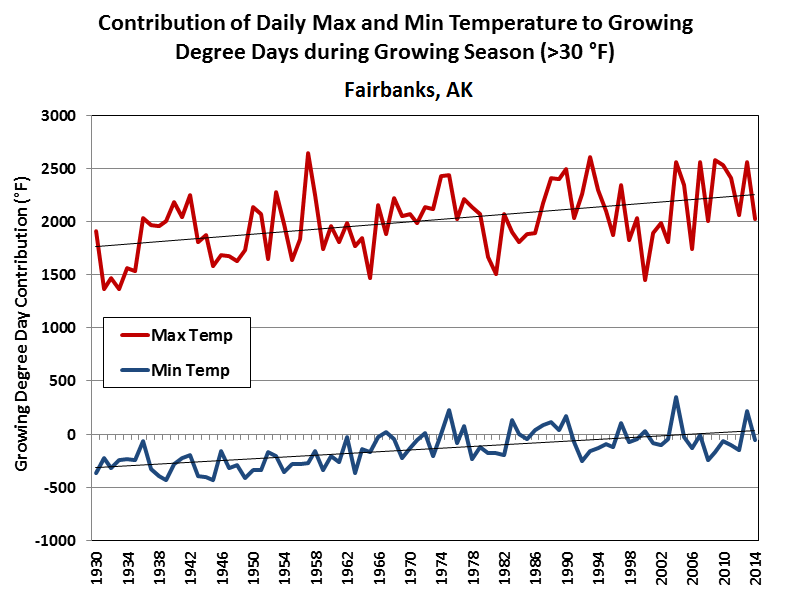 Below are the corresponding charts for the other locations.  I expected to see that minimum temperature increases would contribute at least as much to the long-term increase in GDDs at these locations too, but this is not true at all: in fact there is very little overall change in the minimum temperature contributions (and Northway has cooled in the past decade or so).  This means that the long-term rise in GDDs has been caused entirely by rising daily maximum temperatures on those days that contribute to the GDD total (i.e. daily mean temperature above 50 °F).  According to these results, it would seem that the mean diurnal range has increased in summer, which is a surprising result as diurnal range is normally observed to decrease in a long-term warming trend (see e.g. article here).

Further investigation will be required to see if the trends seen here are reflective of broader trends across Alaska and to examine the seasonal extent of the apparent increase in average diurnal range. 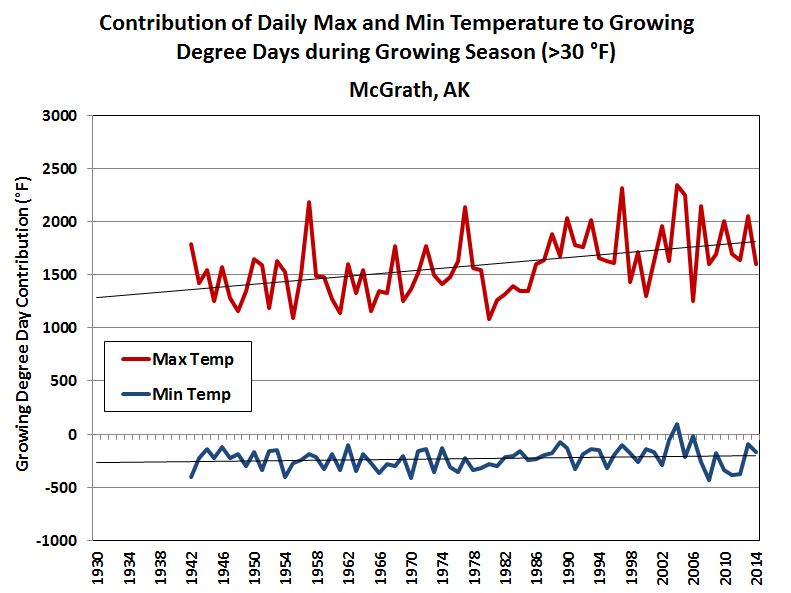 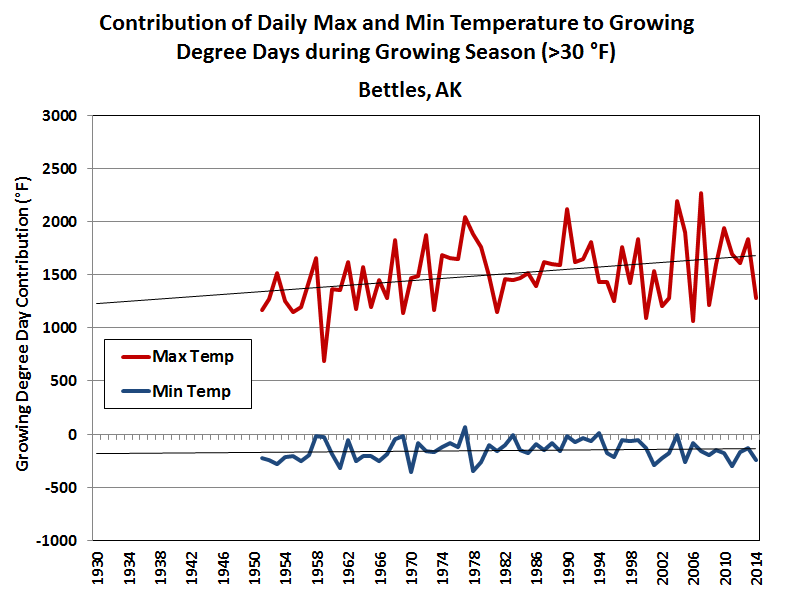 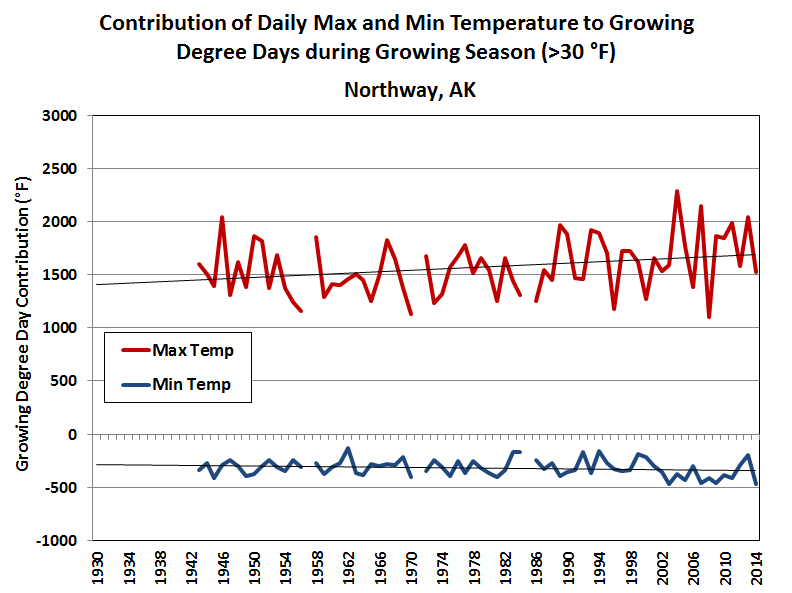