A few weeks ago reader Eric suggested that it would be interesting to see a chart of daily temperature percentiles in Fairbanks throughout the year.  I agree, so here it is: 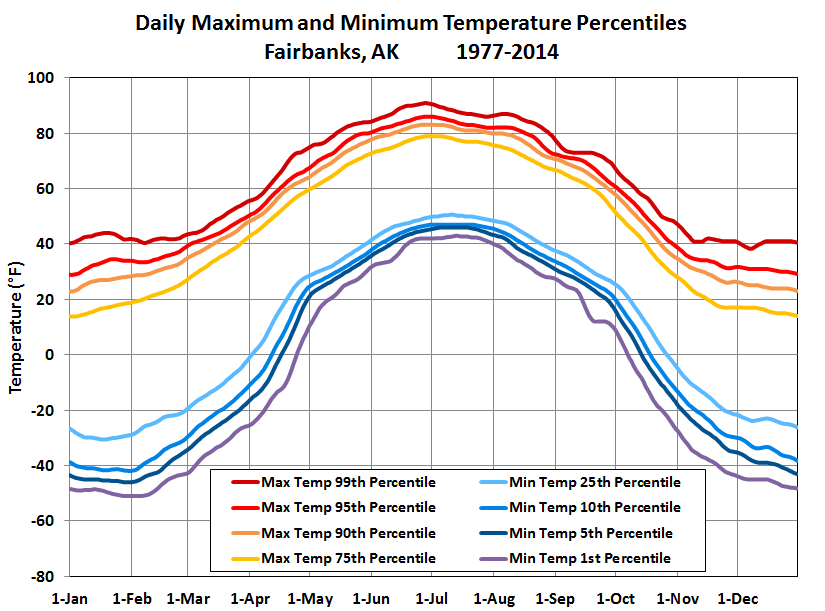 Note that I only used data since 1977, after the PDO shift, because this gives results that are more representative of the modern climate than if we included earlier years.  I did the calculation for each day of the year by using a date window of

There are a number of interesting features in the chart, such as the inflection points in the minimum temperature percentiles at the end of April and beginning of October; these are related to the seasonal changes in the likelihood of having snow on the ground.

The sudden drop-off in the 1st percentile in late September appears to be a real feature of the climate, although the precise date of the drop-off on the chart is influenced by the 21-day window technique.  Consider that prior to September 25, sub-20F temperatures were observed in only one year (1992), but within just the next few days (September 25-28) the temperature dropped to 14F or lower in 4 different years (1983, 1992, 1993, 2010).

[Update 5pm AKDT: it occurred to me that I could repeat the calculations for earlier years, 1930-1975, to see if some of the same features were present in the climate of the earlier era.  Here's the chart: 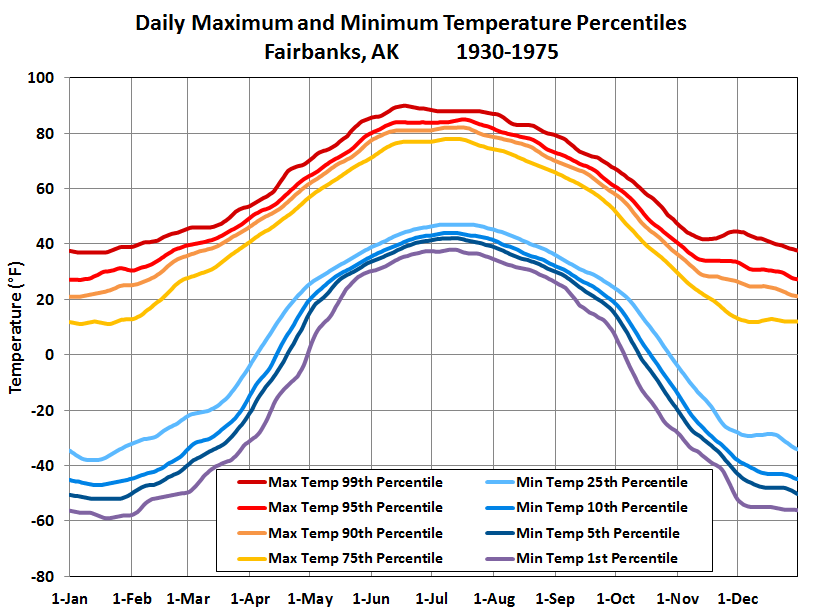 The difference in the lower temperature percentiles between the two periods is striking, with the modern climate being considerably warmer in all seasons of the year except autumn.  Remarkably, the 25th percentile was as low as -38F in mid-January in the earlier years.  It also seems clear that the earlier climate had a wider distribution of temperatures, especially in winter.  As for the September drop-off and the January bump that I mentioned earlier, they do not stand out in the earlier years, so these are either sampling artifacts or they are somehow related to persistent features of the modern climate.]

Posted by Richard James at 5:44 AM