The past few days have brought windy conditions to parts of southern and interior Alaska - to say the least.  Southerly downsloping winds gusted to hurricane force on Wednesday along the lower Delta River south of Delta Junction; the following map shows peak wind gusts (in mph) recorded by the dense observing network in the vicinity of Fort Greely. 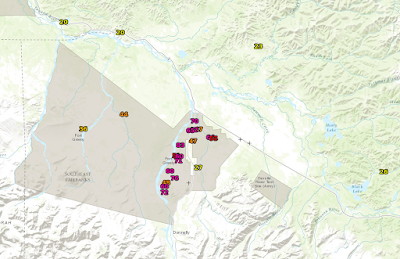 The chart below shows the frequency of days on which the sustained wind speed exceeds 20, 30, and 40 mph at Delta Junction.  More than half of all days in December through February have sustained winds of at least 20 mph; this contrasts with a miniscule 0.9% of days in Fairbanks during the same season.  September is much less windy than the winter months in Delta Junction, but high winds do occur on occasion. 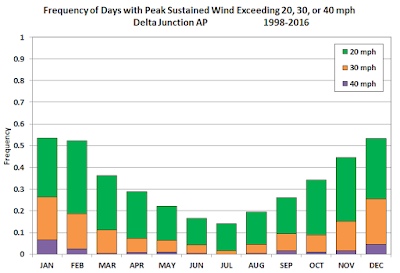 It's interesting to note that there are two preferred directions for high winds at Delta Junction: easterly and southerly.  Out of all the reports of 40+ mph winds (since 1998), two-thirds are from a 100° or 110° compass heading, and nearly all the rest are from 170-200°, i.e. nearly due south.  However, the strong easterly winds occur almost exclusively in winter, and this phenomenon is known as the Tanana Valley Jet - see here for more on that:

In the non-winter months, strong winds in Delta Junction usually come from the south in downslope fashion; and such was Wednesday's wind storm.

The chart below illustrates the directional dependence of strong winds by showing the 95th percentile of wind speed for each point on the compass.  For example, winds from the north are nearly always (95%) 10 knots or less, whereas southerly and east-southerly are the "windiest wind directions", so to speak. 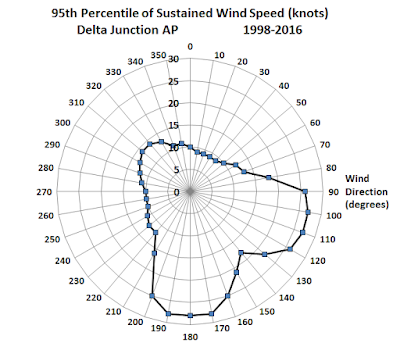 Here's a 500mb height analysis for 4am AKDT on Wednesday, the same time as the highest wind speeds in Delta Junction.  The strong southerly flow over the Alaska Range was the culprit. 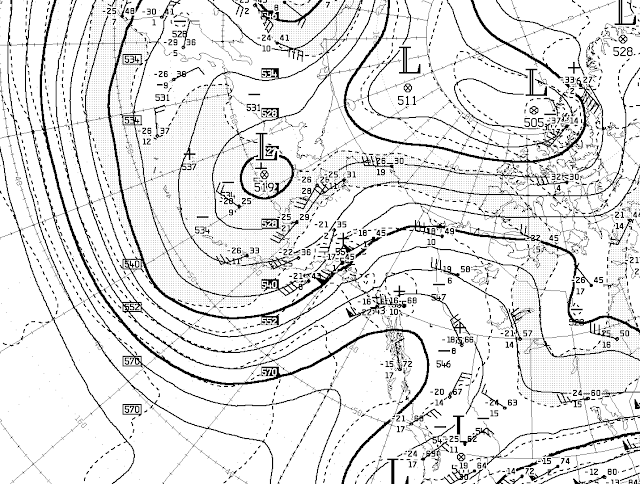 As the mid-tropospheric trough moved east over western Alaska over the next 36 hours, surface low pressure moved up from the Gulf of Alaska, intensifying as it moved inland and producing some very low pressure readings over the interior.  The sequence of analyses below, courtesy of Environment Canada, show that the central sea-level pressure was 975mb in the vicinity of Healy yesterday morning, and this is confirmed by MSLP readings of 975.1mb and 975.7mb respectively at Nenana airport and Fairbanks airport yesterday afternoon.  This is remarkably low for the time of year: in data going back to 1960, Fairbanks has observed MSLP this low only 3 times before in September (1966, 1997, and 1999). 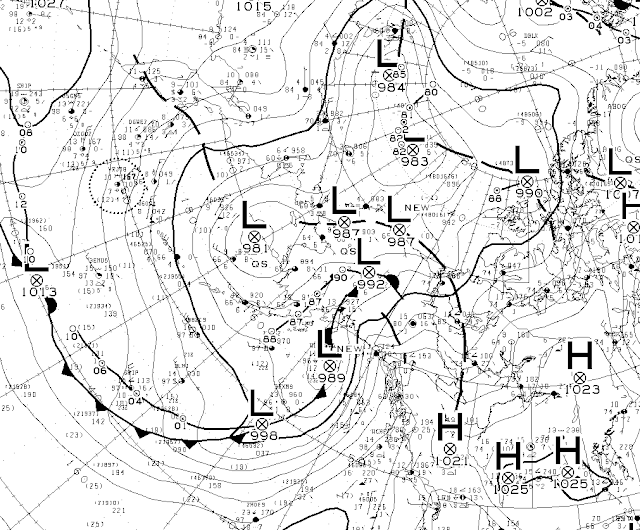 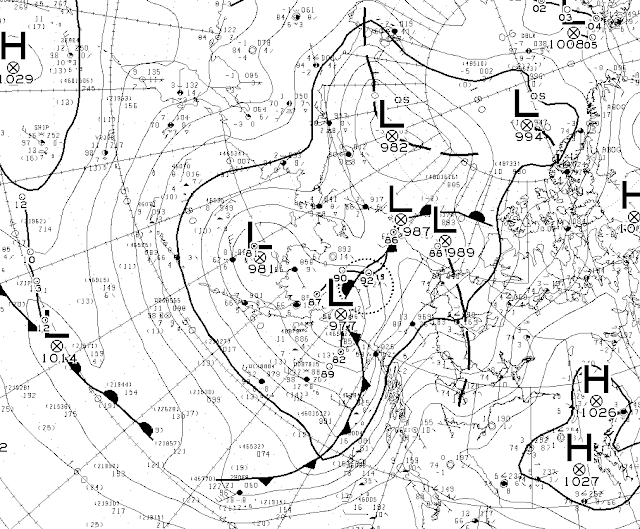 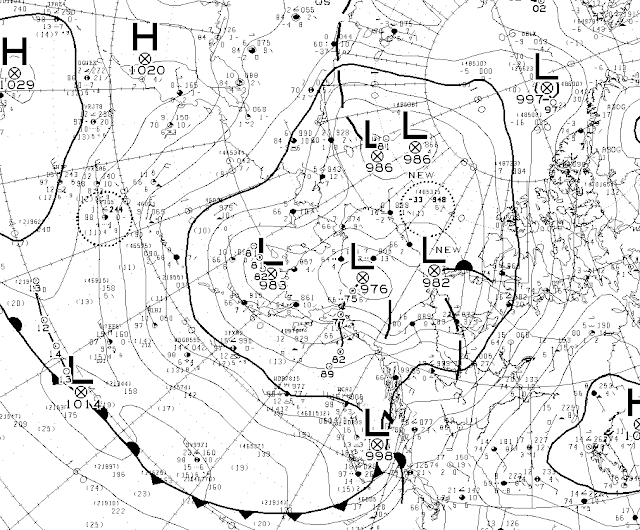 To round out the analysis, here's a map of observed high temperatures on Wednesday across the interior, showing warm conditions in the lee of the high terrain.  Interestingly the warmest report was a balmy 68°F at the Chalkyitsik RAWS far to the north. 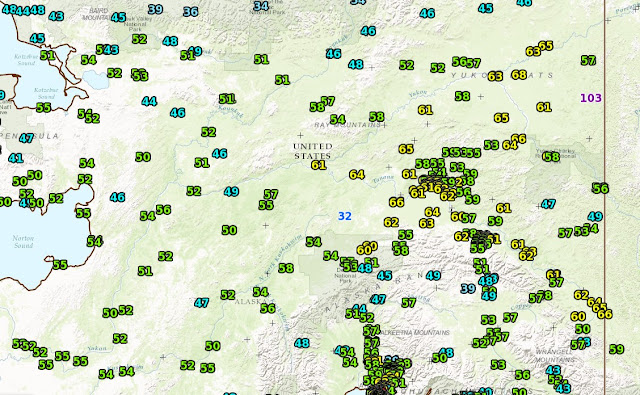 Finally, here's a simple animation of webcam shots on Wednesday from a Delta Junction airport webcam, courtesy of the FAA; this camera looks northwest down the Tanana River valley.  Note the clouds of blowing dust moving from left (south) to right.