You know it's winter in Fairbanks when clearing skies bring a temperature drop in the middle of the day.  Today at 11am it was mostly cloudy and +8°F with some very light snow, but by 1pm the clouds were dissipating and the temperature was down to +3°F.  It looks like mostly clear skies will prevail for the next several days, so it will be seasonably chilly. 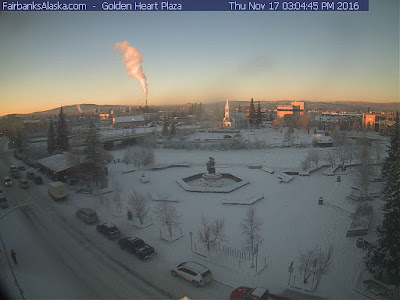 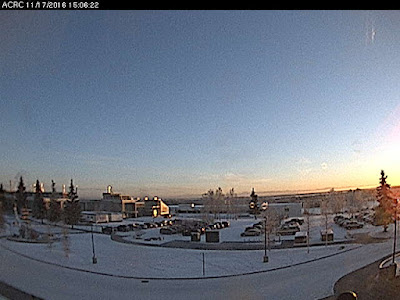 Snow cover has finally arrived at all the major observing sites of the interior and north, with Nome finally getting a measurable snow cover yesterday - the first of the season.  McGrath appears to have begun its permanent winter snow cover at the weekend, which is of course much later than usual.  Judging from the Suomi NPP landcover image at 1pm today, there seems to be at least a thin snow cover throughout the interior, except in the northeastern Copper River Basin, including perhaps Slana. 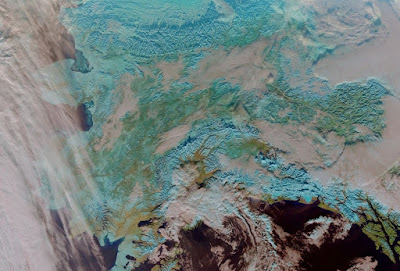 Clear skies in the western interior allowed temperatures to drop to a crisp -19°F this morning at the Clear Creek HADS site near Hogatza; this is the coldest report from the interior this month, which shows how warm it has been.  Tanana dropped to -15°F this morning, and McGrath saw -13°F.