The climate extremes of Alaska's interior have been on display in the past few days, with hard freezes this morning in places that were downright hot a few days ago.  For example, the Salcha RAWS dropped to 23°F this morning after reporting 90°F on Friday.

Perhaps more amazingly, the high-quality Tok 70SE CRN site reached 26°F today after being at 94°F on Friday.  It would be interesting to see how often a feat like this occurs anywhere in the U.S.; I imagine it might not be too uncommon in the desert southwest, but Alaska can compete when it comes to rapid temperature changes even in summer.

The map below shows the widespread extent of the freeze this morning in many of the typically colder parts of the southeast interior. 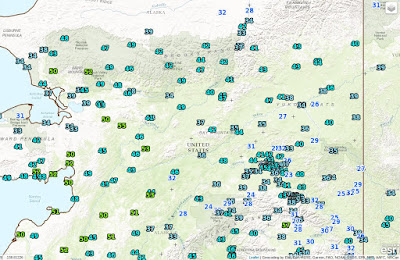 The two 500mb charts below illustrate the change in upper-air pattern that brought about the dramatic temperature drop; the first shows the 500mb analysis at 4pm on Friday, and the second shows this morning's analysis.  Notice the dashed lines, which depict the mean temperature (thickness) of the lower troposphere, in Friday's map; they show a bullseye of warmth essentially right over the Tok 70SE site.  Farther west over the interior, very warm air was brought up from the south and downsloped off the Alaska Range. 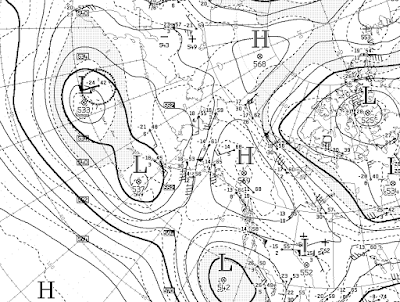 In contrast, by this morning a different upper ridge had developed over northwest Alaska, and much cooler air from the northeast was in place over the interior; and then favored spots with calm winds and clear skies were able to drop below freezing during the hours of minimal solar insolation. 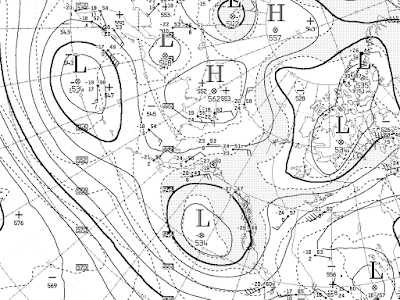