The seasonal melt of sea ice is off to a fast start this year in the Chukchi Sea, according to data from the National Snow and Ice Data Center.  The daily-updating multi-sensor ice analysis, which is available from 2006 onward, shows that the decline is several weeks ahead of the recent normal. 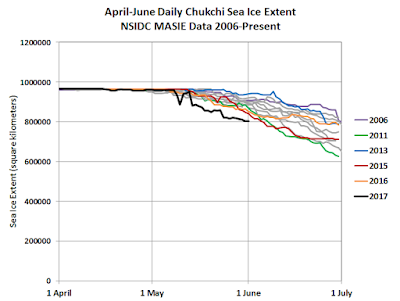 The latest NWS analysis shows a remarkably wide zone of open water off the northwest coast of Alaska. 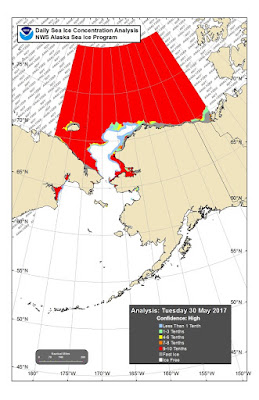 Farther to the south, the ice is just about gone from the Bering Sea, which is not unprecedented for this date but definitely unusual.  It's interesting to see the advance of seasonal ice retreat since 2012: nearly every year has seen a faster melt-out than the year before in the Bering Sea. 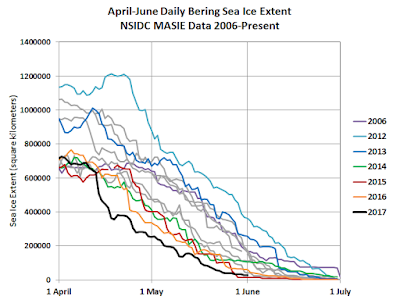 In contrast, Beaufort Sea ice is in much better shape than last year, and the Arctic Ocean as a whole currently has a greater ice extent than last year. 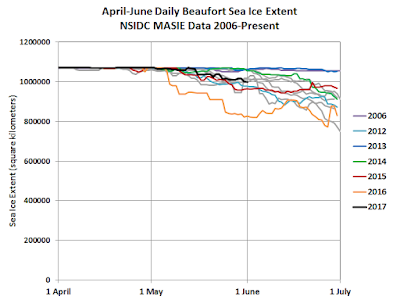 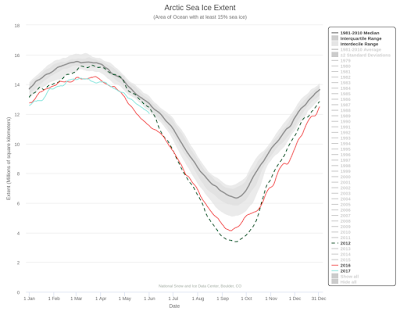 For reference, here's a map showing the boundaries of the ocean regions as defined by NSIDC. 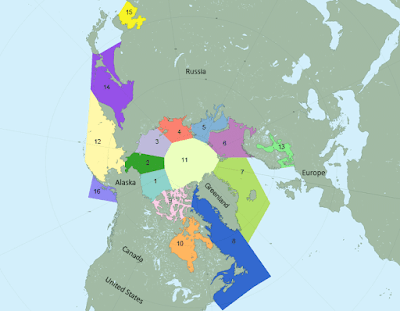 [Update June 4] The first map below shows that wind speeds were lower than normal in May over the southern Chukchi Sea area, according to reanalysis data; so we probably can't blame the early melt on increased storminess.  It was, however, warmer than normal throughout the region in May; and winter as a whole was extraordinarily warm (see the third map below).  There's little doubt that Chukchi Sea ice was much thinner and weaker than normal as melting commenced this spring. 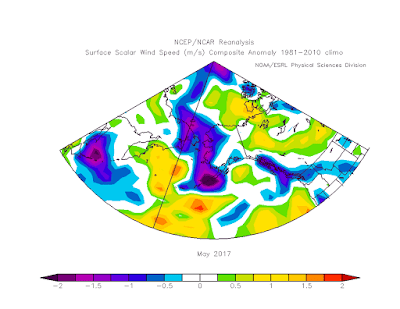 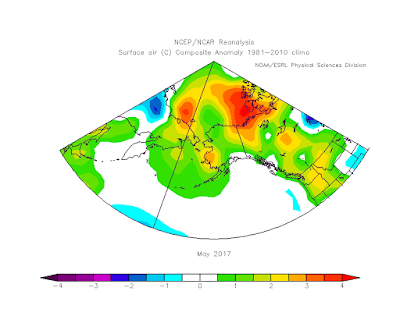 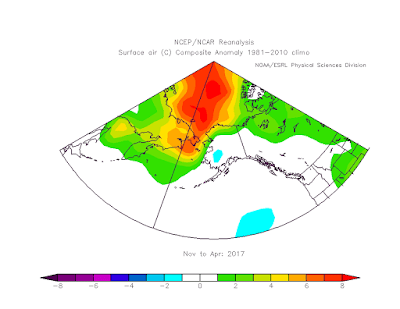 The PIOMAS model's estimated Arctic ice volume is at record lows (see below), so I wouldn't be surprised to see the remarkable Chukchi Sea ice loss extend to other areas in the coming months. 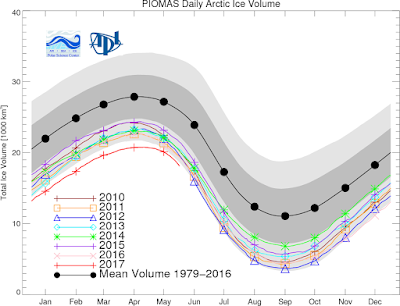