With March climate data now available, here's a look back at the major climate anomalies.  For the month as a whole, the broad circulation pattern around Alaska was quite similar to that of February - compare the two maps below - and most of southern Alaska was again wet, cloudy, and mild.  However, there wasn't enough sustained ridging to the west to keep cold locked in over northern Alaska, and it was easily the warmest month of the winter for the state (and the only month that was significantly above normal statewide). 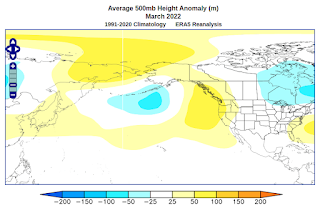 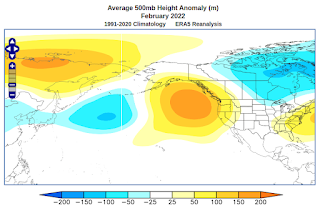 Here are the temperature and precipitation rank maps from NOAA and ERA5 respectively: 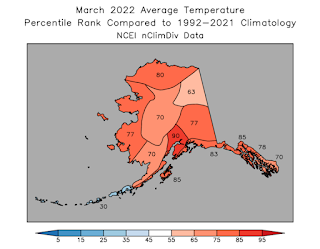 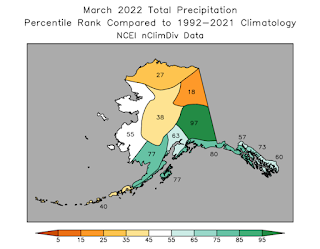 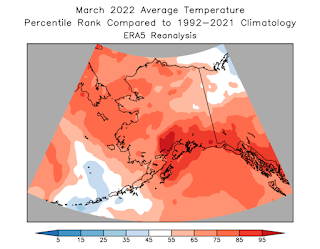 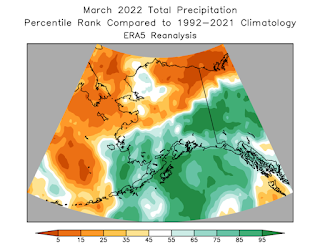 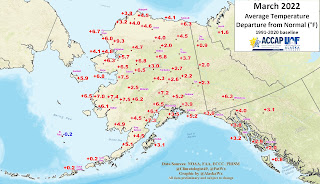 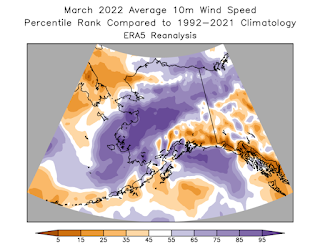 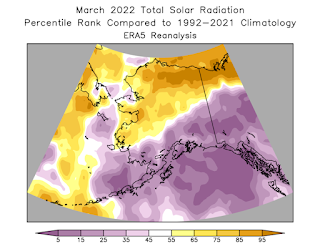 According to the ERA5 data, it was an unusually windy winter overall from the west coast to the northern interior, but it wasn't Bering Sea storms that produced this anomaly: MSLP was generally higher than normal from the Chukchi Sea to the Gulf of Alaska (see below).  Looking at ASOS wind data from Kaltag as an example, virtually all of the windiest days had winds from the northeast; this is the favored interior wind direction, of course, but it appears the strength of these winds was considerably enhanced by repeated episodes of high pressure to the north and northwest. 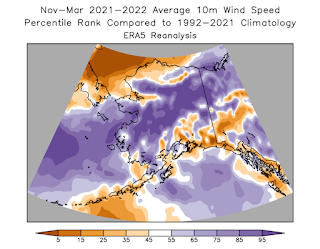 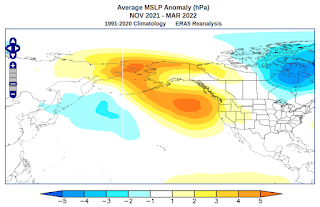 Winter temperatures overall were not as low as might be expected during a significant La Niña, and south-central Alaska was actually warmer than normal. 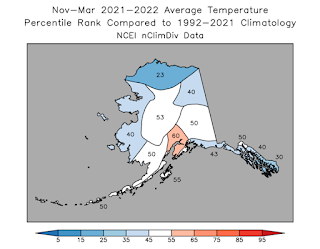 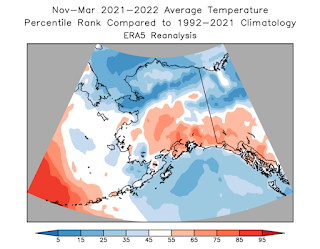 Extremely widespread and very unusual warmth in the northwestern North Pacific may help explain the lack of sustained cold in most of the state despite a negative PDO phase and a circulation pattern (Bering Sea ridge) that was relatively favorable for cold northerly flow.  Sea surface temperatures were far above normal to the south of the Aleutians, and that's a source region for Alaskan air during more southerly episodes such as late February and early March. 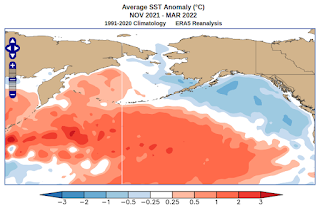 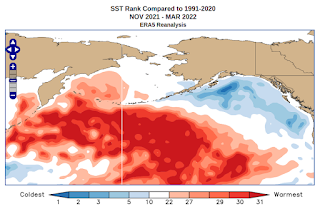 Extreme precipitation was the biggest story overall, especially for the interior.  As Rick Thoman pointed out, snowpack water content on April 1 in Tok was nearly 50% higher than the previous record from way back in 1967 - see below. 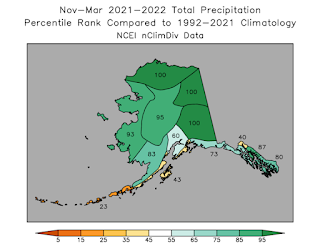 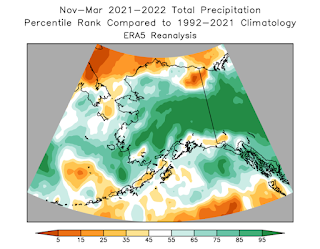 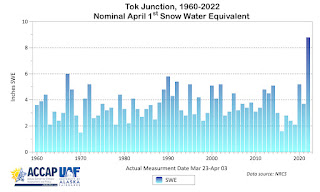 Click to enlarge the April 1 snowpack map below.  According to NRCS, four subbasins have 250% or more of normal snow water equivalent: Nenana River, Tanana Flats - Tanana River, Healy Lake - Tanana River, and Salcha River.  Meltout and breakup continue to be a very pressing concern in terms of flood risk, especially with the forecast continuing to favor below-normal temperatures this month. 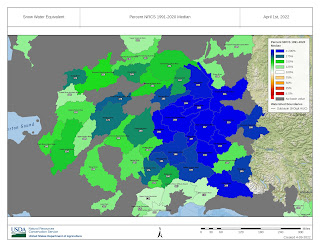