* Updated to include average min and max temperatures and an Anchorage chart for comparison.*

Over the previous few days, the forecast for Fairbanks had been calling for snow between 1 and 2 inches with temperatures in the teens below zero. The old adage that it is too cold to snow is not exactly accurate. However, it can be too cold to snow a whole lot. That is why Barrow has the lowest annual snowfall of all first-order stations in Alaska. 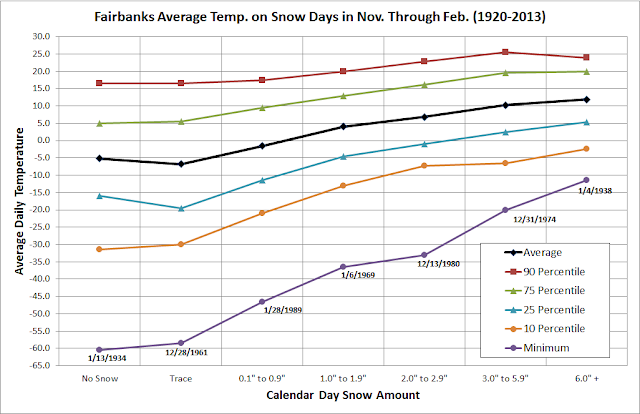 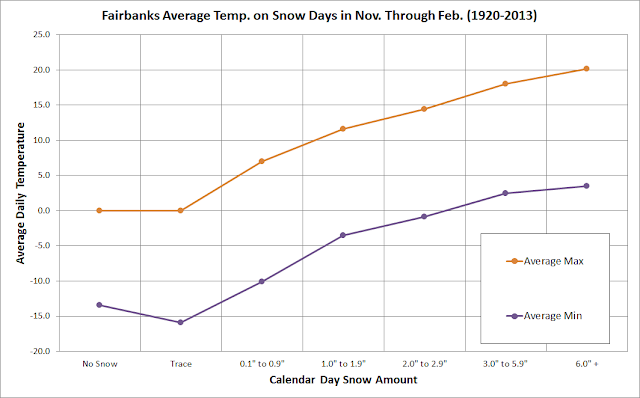 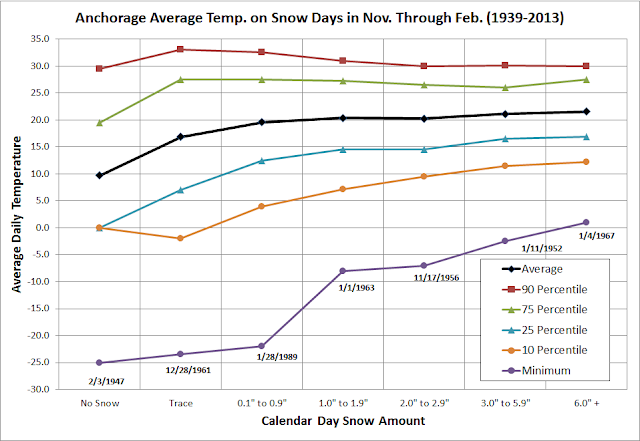