Yesterday's sub-minus 40° reading at Bettles was the first of the season there, and comes one day after the length of daylight (sunrise to sunset) dropped below 2 hours.  The day length will remain less than 2 hours until December 28.  During this 15-day window each year, Bettles sees -40 °F or lower slightly more often than not; so today's temperatures, despite being well below normal, are not particularly unusual.

Today's FAA webcam images from Bettles, taken a short while after solar noon, showed the half-light of a late December day; despite mostly clear skies, a few high clouds in the south prevented sunshine from reaching the village. 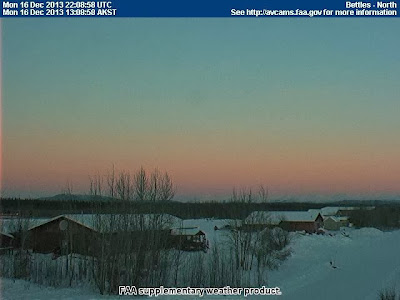 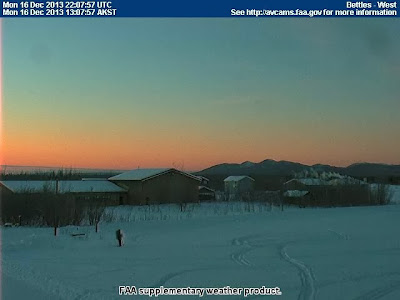 Posted by Richard James at 5:00 PM