Meteorological summer is ending with a nip in the air across interior Alaska, with hard freezes and some snowfall in certain locations.  The temperature dipped to 20°F this morning at the Norutak Lake RAWS (elev 800'), between Bettles and Ambler; it was 25°F at the Bettles airport.  Closer to Fairbanks, it was 23°F at the Livengood RAWS, and many locations on the north side of Fairbanks dipped just below freezing.  The airport made it to 33°F.  Here is what was reported at the UAF ACRC weather station this morning: 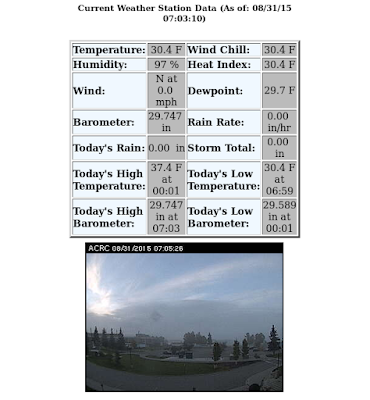 As for snow, light amounts were observed even at some valley locations, such as Delta Junction.  The images below were taken yesterday morning at the Delta Junction FAA webcam; the airport reported light snow for more than 2 hours, with visibility down to 3/4 mile for a time, and a temperature of 32°F.  It's an interesting coincidence that snow fell in both June and August this year in Delta Junction.  However, any accumulation yesterday was probably no more than a trace; the earliest recorded measurable snowfall occurred on September 2, 1983. 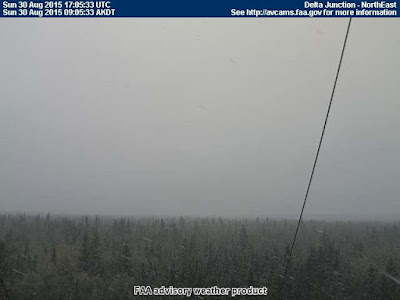 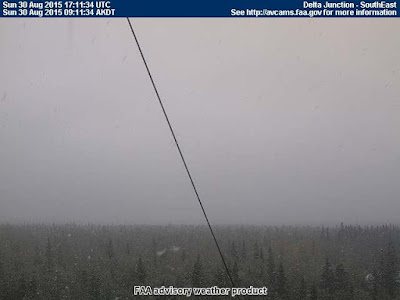 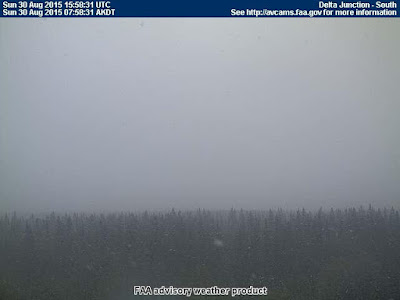 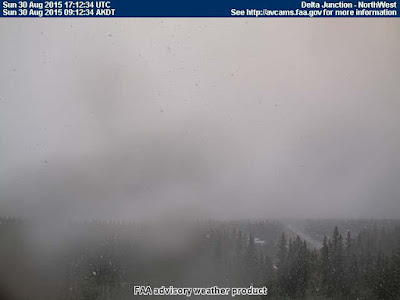