Last summer we looked at changes in the rate at which temperature records have been set over the last 60 years or so; see here and here.  I've often pondered the same topic since then, and I thought it would be interesting to update the results for 2014 and 2015 to-date, and to look at which stations have warmed the fastest (and slowest).

First, the two charts below show a 19-station average of annual numbers of daily temperature records (scroll down to see the stations listed on another chart below).  The data are taken from 1954-present and records are defined relative to this period only.  The first chart shows occurrences of record warmth, whether for daily maximum (red) or daily minimum (blue) temperature; and the second chart shows occurrences of record cold.  As we noted before, cold records have diminished somewhat more rapidly than warm records have increased.  Among the 4 categories of records, the most rapid changes have occurred for low daily maximum records, followed by low minimum records, then high minimum records, and the least rapid change has occurred for high maximum records. 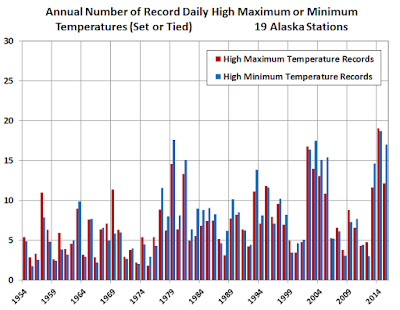 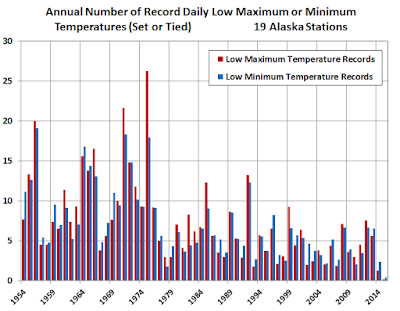 The 1976 PDO shift is clearly evident on the charts, and the extreme warmth of the past two years is also a striking feature.  2014 saw the highest number of warm records (both maximum and minimum temperatures) and also the least number of low maximum records.  Interestingly the number of low minimum records was slightly lower in 1978.  Remarkably, 2015 looks very likely to outdo 2014, as the number of high minimum records is already almost equal to 2014, and so far there have been just a handful of days with daily cold records at a few stations in 2015.

One minor concern I had with the results above is that there is a higher concentration of stations in southern and southeastern Alaska, so I repeated the analysis after excluding Kodiak, Homer, Talkeetna, Juneau, and Big Delta.  The results are little different, although 2015 to-date looks a little less extreme - see below. 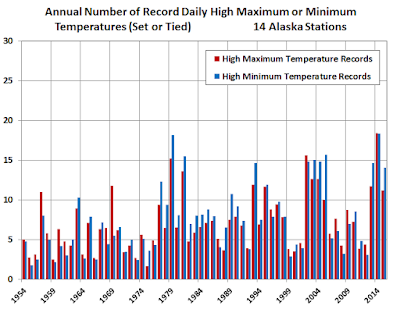 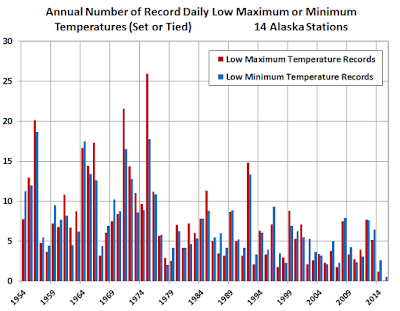 It's interesting to compare the overall pace of change between the different stations.  I attempted to do this by adding the slopes of the linear trends for the warm record counts and subtracting the trend slopes of the cold record counts - see the results below.  Based on this metric, the long-term rate of warming has been greatest at Homer and Talkeetna, but interestingly the relatively nearby stations of Kodiak and Gulkana have seen some of the smallest warming rates.  The difference between Kodiak and Homer is particularly interesting as both stations are heavily influenced by North Pacific sea surface temperatures.  The second chart below shows that there is a long-term trend in the temperature difference between Kodiak and Homer, and 2014 was the first year in which Homer was the warmer of the two locations.  This looks a bit suspicious to me; there might be some station siting issues that have affected the reported temperatures from either or both of these places. 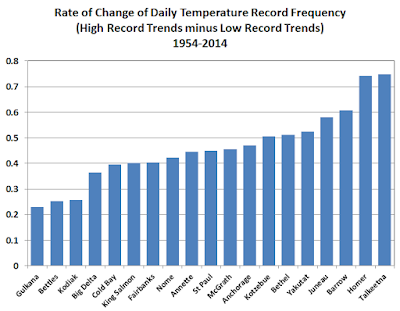 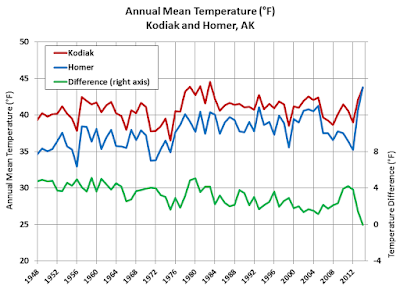 Lastly I'll show the record counts for several individual stations.  The situation at Homer has been very extreme during this year and last: 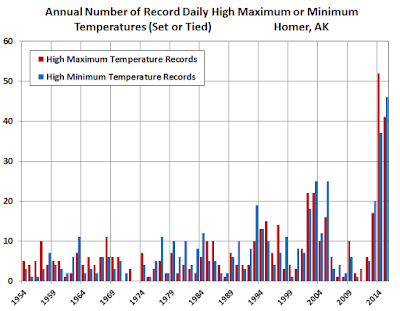 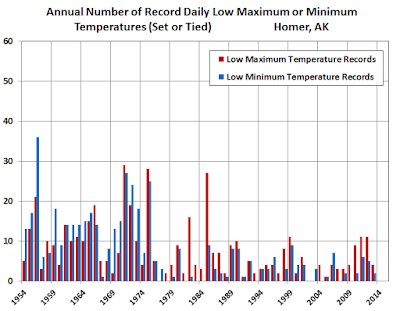 At Talkeetna the rapid warming pace comes from a very large number of warm records in 2002 and 2003: 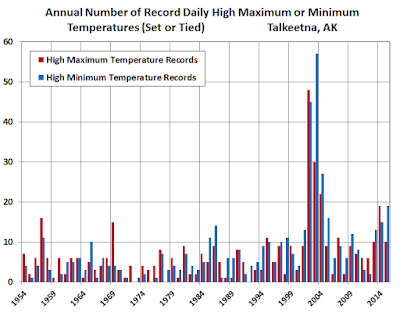 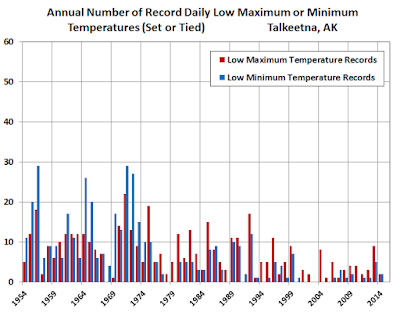 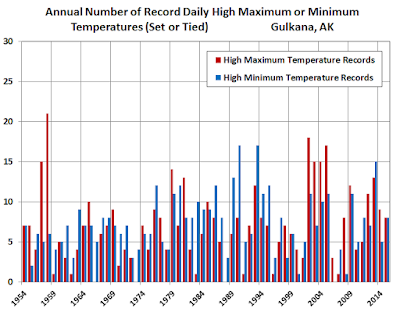 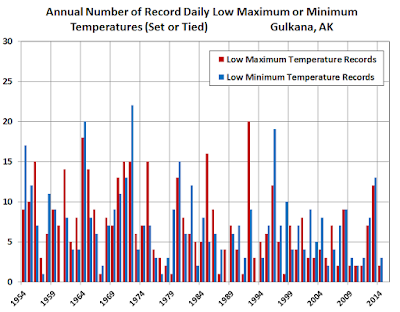 Lastly, if we look at Fairbanks with data back to 1930 included, the picture changes slightly, as the high maximum records no longer show a long-term warming trend; however, the long-term decrease in cold records is still very much evident. 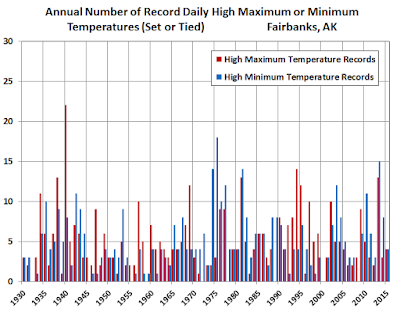 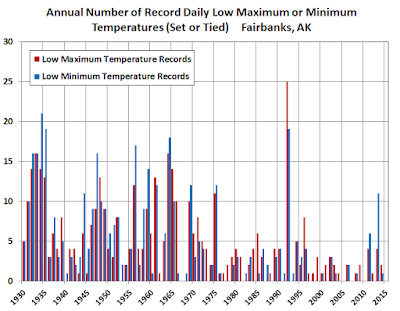