Yesterday afternoon brought a remarkable weather event to Burwash Landing, on the shores of Kluane Lake in the southwest Yukon Territory.  Kluane Lake and Burwash Landing lie just northeast of Kluane National Park and Reserve, which includes Mt Logan, the highest mountain in Canada; the St Elias mountain range forms a high barrier between the Pacific Ocean and the interior Yukon.  Yesterday a brief period of downsloping flow from the mountainous terrain brought dramatic warming to Burwash Landing and broke some longstanding temperature records.

Here are the hourly observations from Burwash airport yesterday from 9 am to 6 pm local time:


Here is the topographic map of the area, courtesy of Google; Burwash Landing is indicated with the purple marker.  Note the prominent valley running from southeast (Haines Junction area) to northwest; the Alaska Highway follows the valley for many miles. 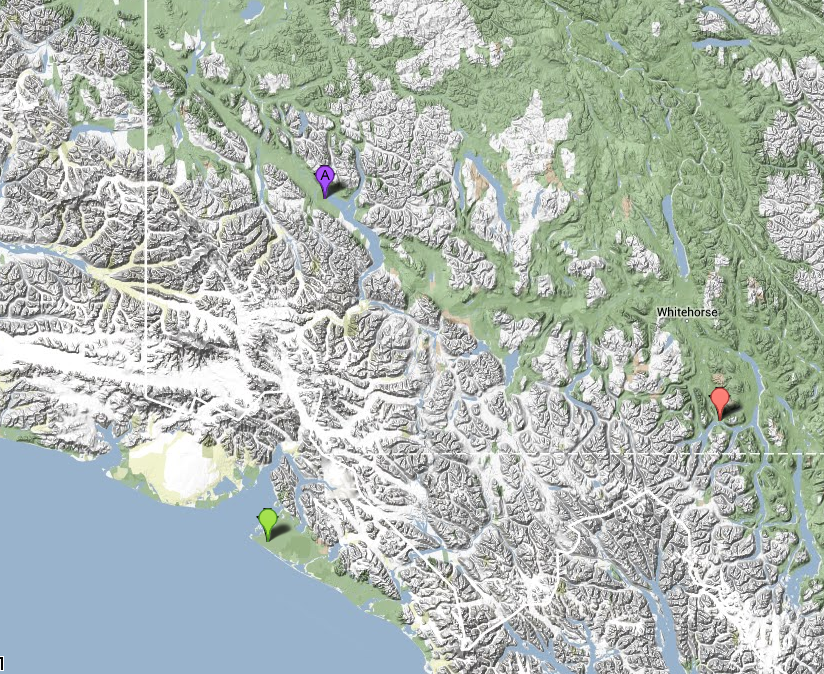 In the morning, strong southeasterly winds were blowing along the valley, accompanied by extraordinarily warm air for the time of year (8 °C or 46 °F); wind gusts of 45 knots were measured at Burwash airport.  The pressure was rising steadily as low pressure over the Alaskan interior was weakening while the ridge over British Columbia was building northwest.  The chart below shows the surface analysis at 18 UTC and indicates a strong pressure gradient over the southwest Yukon, along with a front approaching from the west. 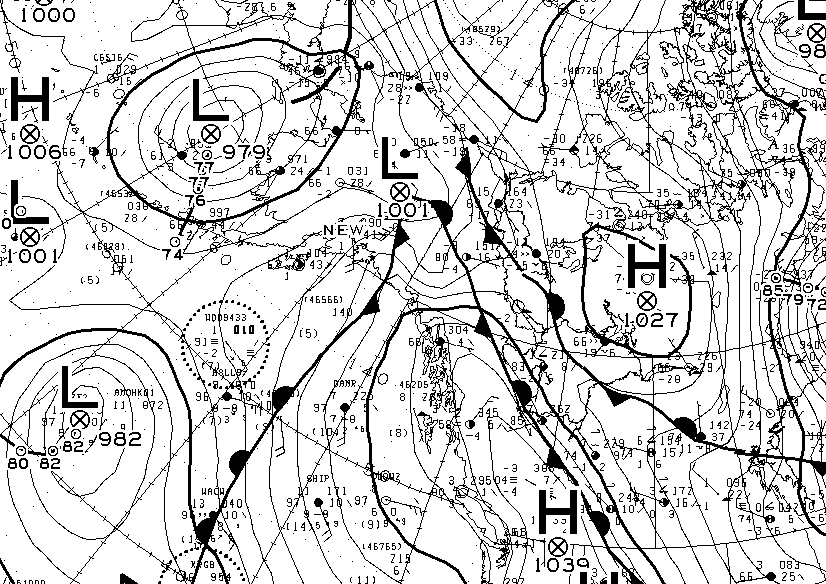 In the afternoon hours, the winds at Burwash airport veered to the south (2 pm), then southwest (3 pm) and eventually northwest (5 pm), and for two hours the reported temperature jumped up to 16 °C; the maximum temperature was reported as 16.5 °C (62 °F).  The surface analysis at 4 pm local time (below) shows a weak low pressure center very close to Burwash Landing.  By 4 pm the temperature was back down to 9 °C with rapidly rising pressure, indicating that the front/low had passed, and in the subsequent hours the temperature continued falling while the pressure kept rising.  It is also noteworthy that the visibility was reported as 30 miles throughout the day until 4 pm, when it dropped to 9 miles and remained there; the sudden change is also evidence of the arrival of a different air mass. 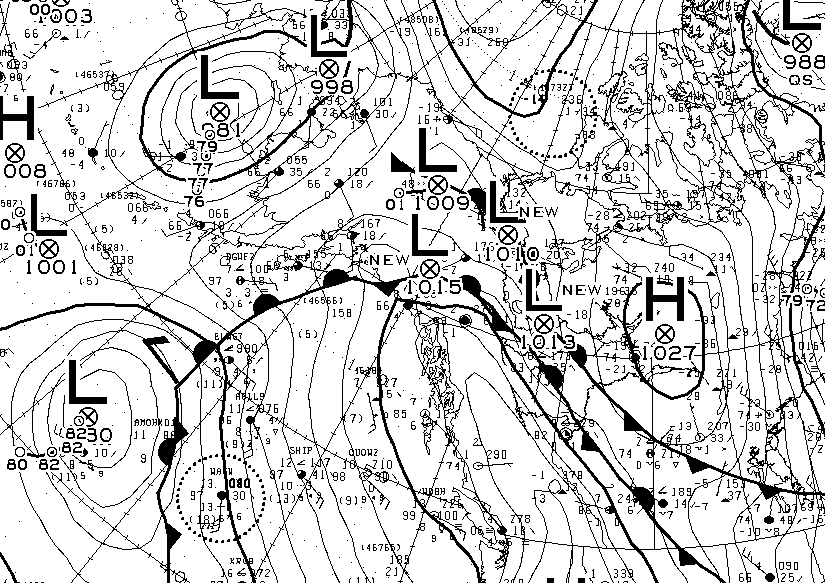 Is it plausible that the temperature could have exceeded 60 °F in the Yukon Territory in January?  I believe so: the chart below shows the 00 UTC sounding from Yakutat, the closest upper-air station, which is indicated with a green marker on the terrain map above.  Very warm air was observed aloft, with temperatures only slightly below freezing at 700 mb.  Note that the winds (indicated by the barbs on the right) were blowing from the southwest above about 800 mb, i.e. perpendicular to the coastal mountain range.  Therefore when the surface winds at Burwash Airport veered to the south and southwest in the early afternoon, the surface flow became aligned with the upper flow and the warm air aloft was able to descend the lee slope of the high terrain, undergoing strong warming during its descent.

A simple calculation reveals that the air would have had to descend from about 750 mb, or about 2400 m above sea level, to reach 16 °C at the altitude of Burwash airport.  Perhaps not coincidentally, this is just about the height of the terrain immediately to the southwest of Burwash Landing.  Physically, then, the observations at the airport seem to make sense.

Assuming that the temperature measurements were accurate, the high temperature yesterday was by far the highest ever recorded in January in Burwash Landing; historical data are mostly complete back to 1967.  The previous January record was 49 °F.  Yesterday's event is also the warmest ever observed in winter (November-March) there, the previous record being 57 °F.  It is possible that the event is a record for January in the Yukon Territory; I don't have complete historical data for all Yukon stations, but the highest January temperature at any of the 26 Yukon stations that have 1981-2010 normals is only 10.1 °C (50 °F).

Two questions spring to mind in regard to this event: first, if it's possible to bring warmth to the Yukon interior by this downsloping flow, why was yesterday's event so far beyond the previous January records?  I suggest that this event involved a very unusual set of circumstances that allowed the warm air aloft to reach the surface at Burwash Landing: the boundary layer was already thoroughly mixed and destabilized by extremely warm conditions and strong winds earlier in the day, so there was no surface-based inversion to scour out.  Also, the passage of a frontal disturbance very close to the area created additional vertical mixing that allowed warm air from aloft to descend.  I suspect that it is very rare to get deep vertical mixing all the way to the surface over the Yukon interior in winter, because snow cover, radiative imbalance, and pre-existing cold air in place so strongly favor low-level inversions.

The other question is, has a similar temperature ever been observed before in winter in the Yukon Territory?  If so, we might have more confidence that yesterday's temperature report was not erroneous.  The answer is yes: the all-time winter (Nov-Mar) record high temperature for the 26 Yukon stations mentioned above is 18.9 °C (66 °F) on February 4, 1941, at Carcross (indicated with a red marker on the terrain map above).  On the same day, Mayo, in the central Yukon, recorded 51 °F, a near-record for February.  The map below shows the estimated sea-level pressure and 700 mb height on that day in 1941; while not identical to yesterday's pattern, it was fairly similar with deep flow from the south crossing the coastal range and bringing strong chinook warming to the interior northwest.  To put the event in context, Anchorage recorded 45 °F on February 3, 1941, and Fairbanks reported 42 °F on the 4th.