Looking at the temperatures in Barrow since the beginning of October, it is evident that warm temperatures have been the rule. In fact, 77% of the days between October 1st and February 12th have been above normal.

The first chart shows the average daily temperature departure from normal (1981-2010) during that time period. Since October 1st, the average day has been 7.5°F above normal.

Finally, the last chart shows the average temperature between October 1st and February 11th for each winter since '20-'21 until the present. The current winter is far and away the warmest during those 90+ years – by 2.1°F! There is data that goes back before 1920 at Barrow but it has significant data quality issues. Still, this year is warmer than any complete year prior to 1920 as well. Certainly the lateness of the sea ice in recent decades has significantly contributed to early season warming in particular. 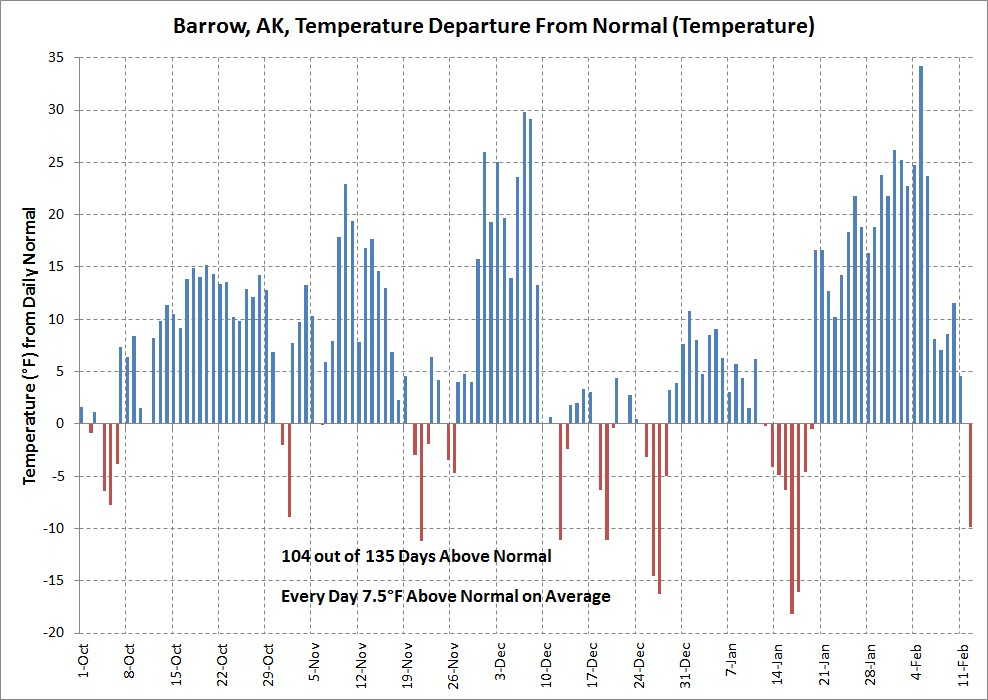 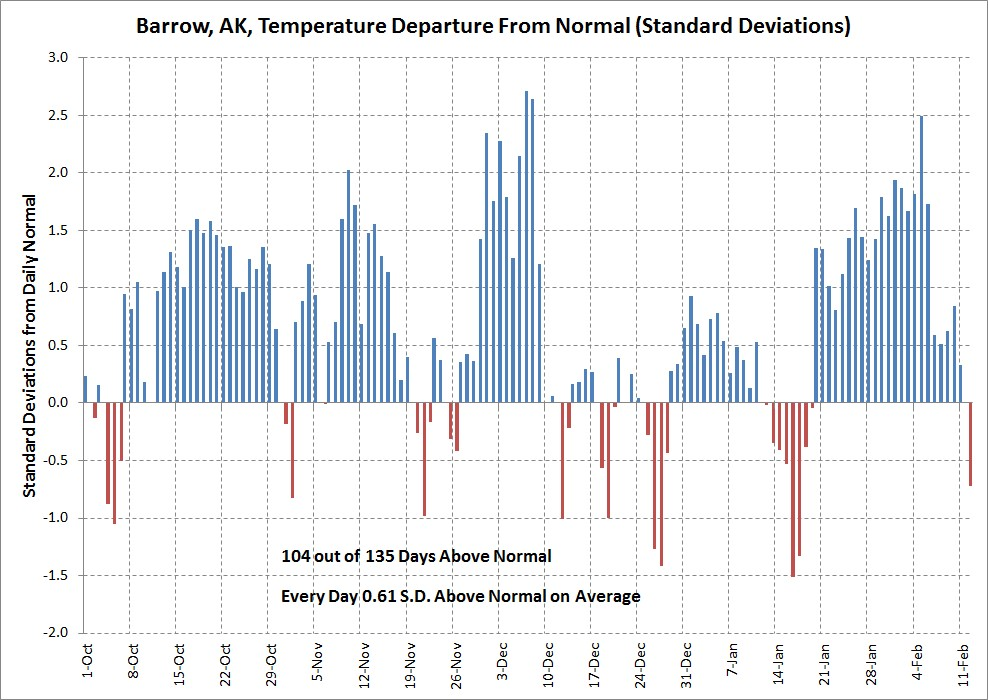 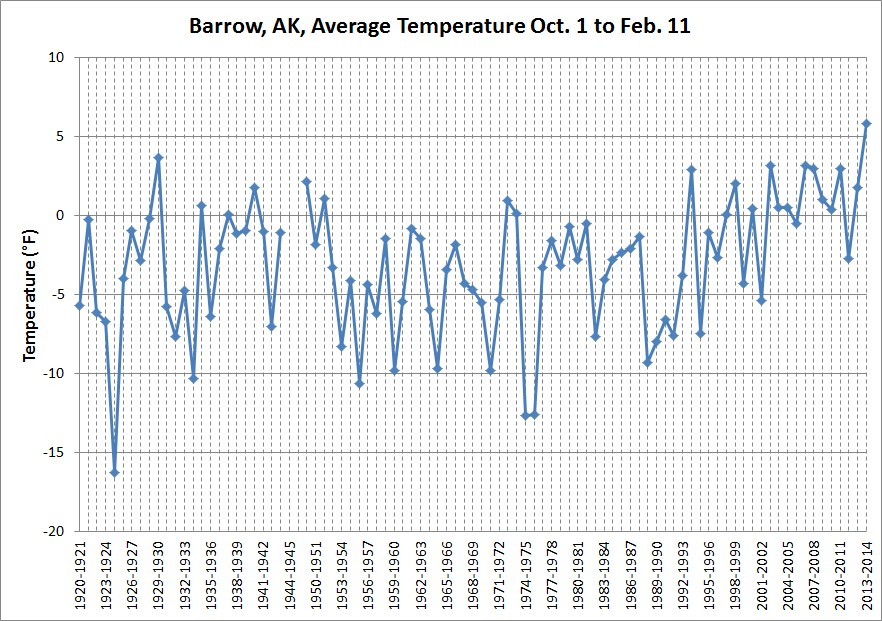 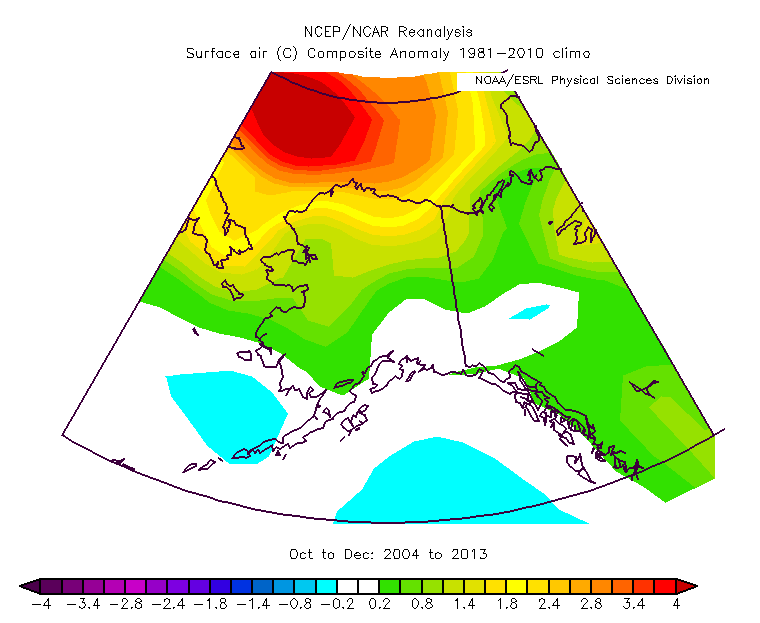 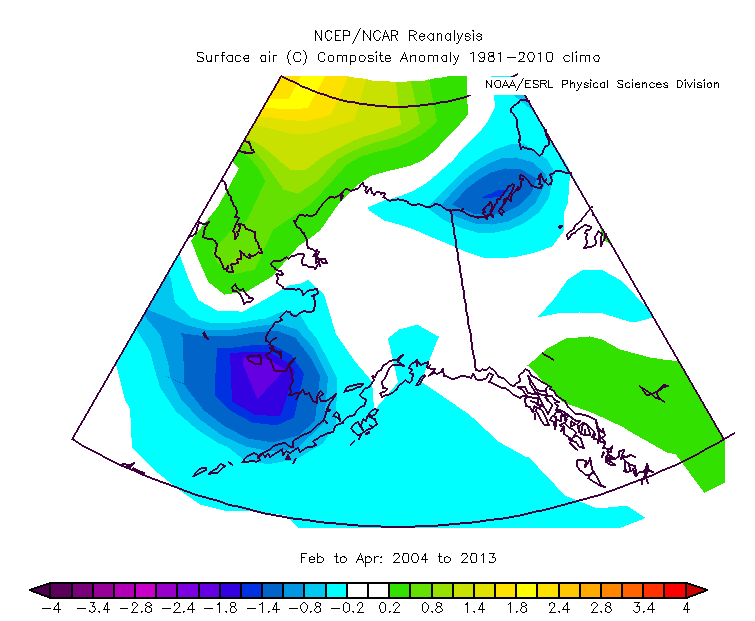