I've been meaning to post a brief analysis of January climate conditions over Alaska, especially in view of what proved to be a very misleading analog forecast for the month.  Here's what I wrote in December:

"While the uncertainty is great, and we can't have high confidence in this kind of forecast, the analogs suggest a cold January may be in store for Fairbanks."

However, January proved to be very warm over all of Alaska, with a prolonged chinook event in the second half of the month.  Daily mean temperatures were below normal on only four days in Fairbanks.  All-time records for January high temperatures were set in some locations, the state record was tied, and Nome and Barrow set very significant records as discussed on this blog.  Precipitation was well above normal at most locations, with notable exceptions being Fairbanks where the chinook effect prevailed, and Annette Island, which was close to the apex of the anomalous ridge; the third chart below shows the average 500 mb height anomaly for the month. 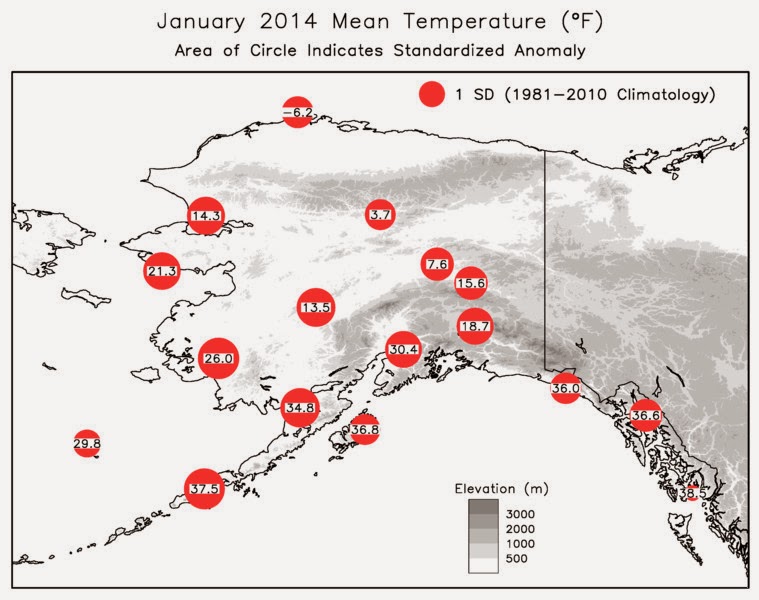 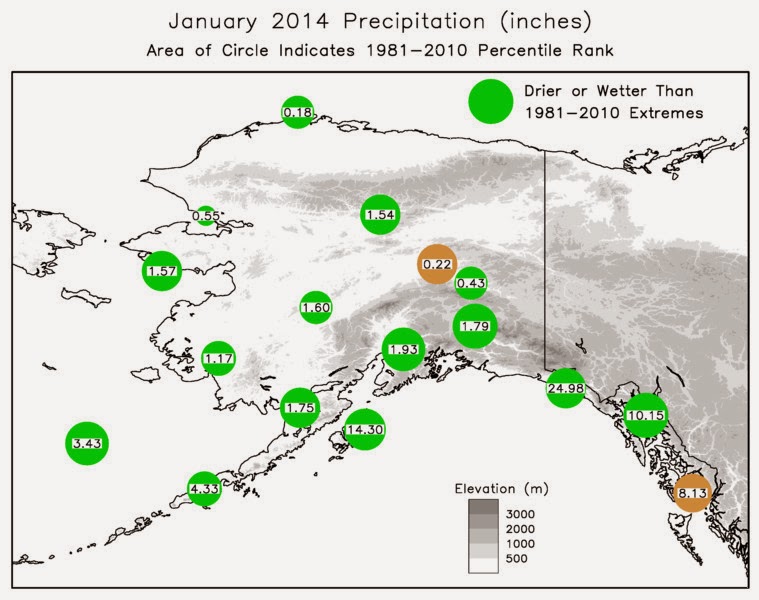 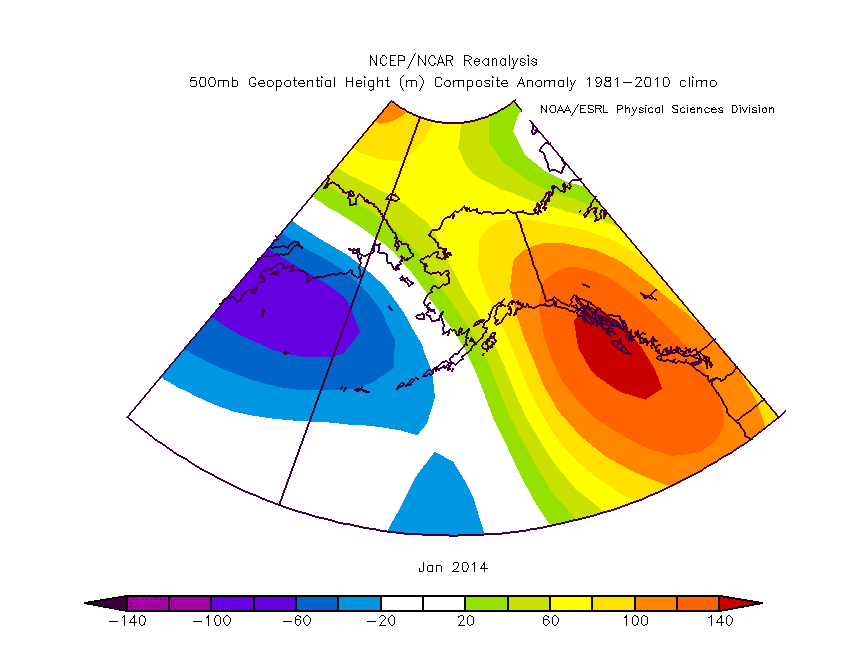 So what went wrong with the long-range forecast?  Well, in retrospect it was unwise to focus on just a single predictor (2013 conditions in Barrow) rather than also examining potential predictability from other sources.  A major influence on Alaska climate for some months now has been the unusually warm ocean temperatures in the northeast Pacific.  The maps below show (top) the sea surface temperature anomaly for January and (bottom) the mean temperature anomaly between the surface and 100m depth.  These are remarkably large anomalies over a large area and represent a major perturbation in the climate system.  The unusual ocean warmth has developed in tandem with a persistent circulation pattern that keeps bringing warm air to the same areas over the northeast Pacific, thereby reinforcing the ocean anomaly; and of course it's a positive feedback, as the unusual ocean warmth also reinforces the strength of the atmospheric ridge.  The persistent ocean anomaly seems to be at least part of the reason why a similar weather pattern keeps developing near and over Alaska: compare the third chart below, showing the October 500 mb height anomaly, to the January map above. 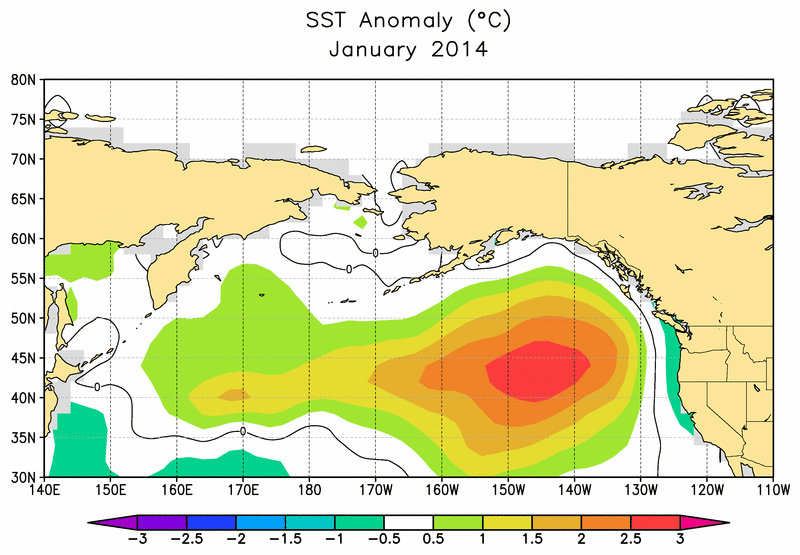 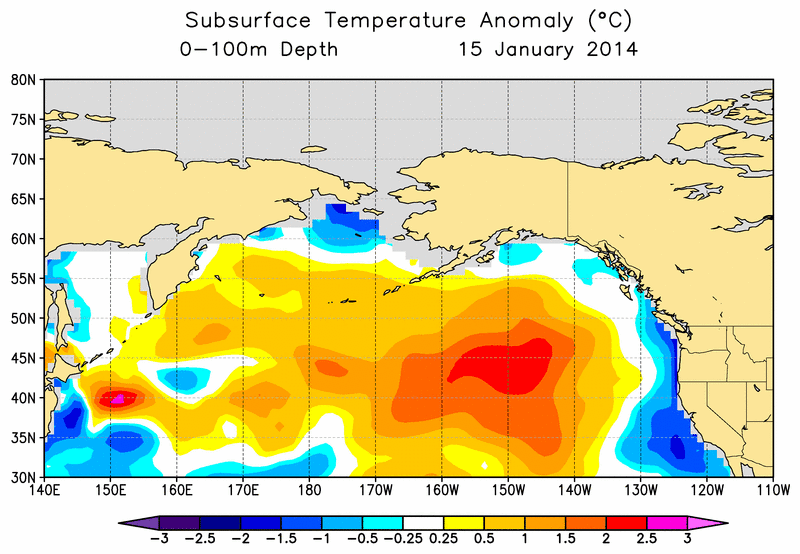 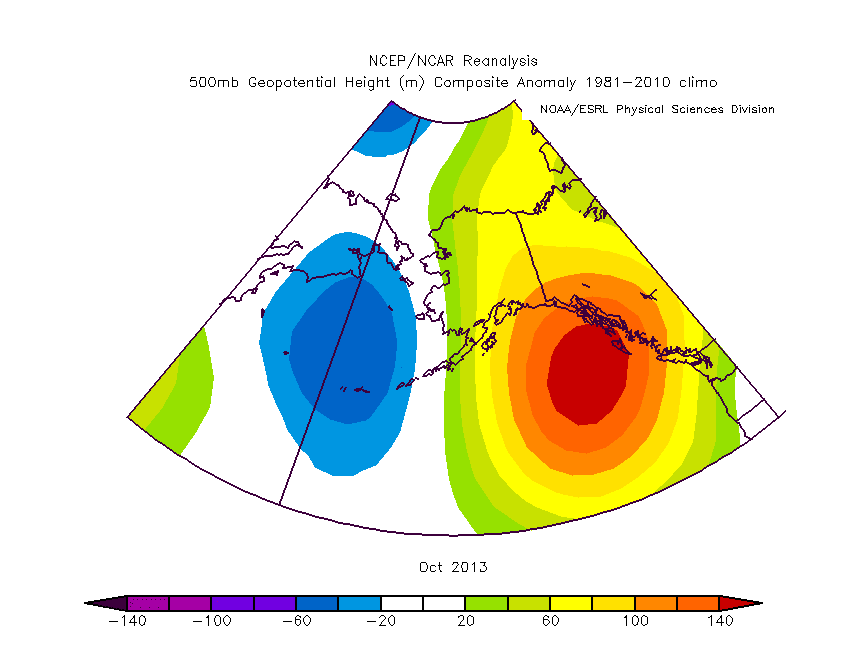 We can go all the way back to May 2013 and find a very similar ocean temperature pattern, as shown in the next two charts; and of course the summer brought record-breaking warmth to interior Alaska.  The northeast Pacific sea surface anomaly did go away for a time in the early fall, as colder air swept down and erased the surface warmth (third chart below), but a subsurface chart from September shows that there was still anomalous warmth lurking beneath the surface (fourth chart below) and the overall pattern remained unbroken. 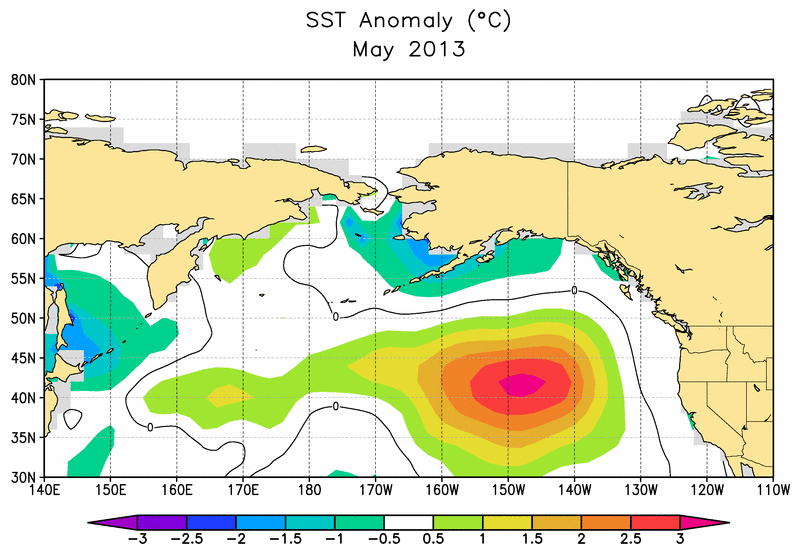 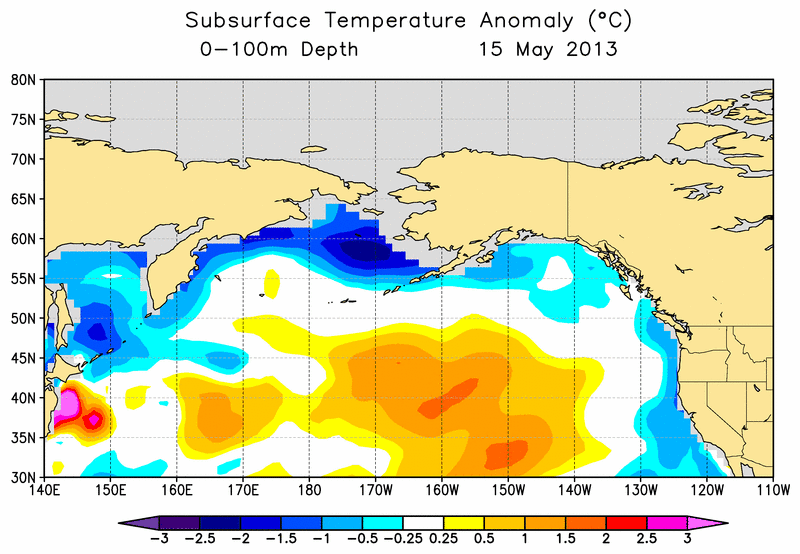 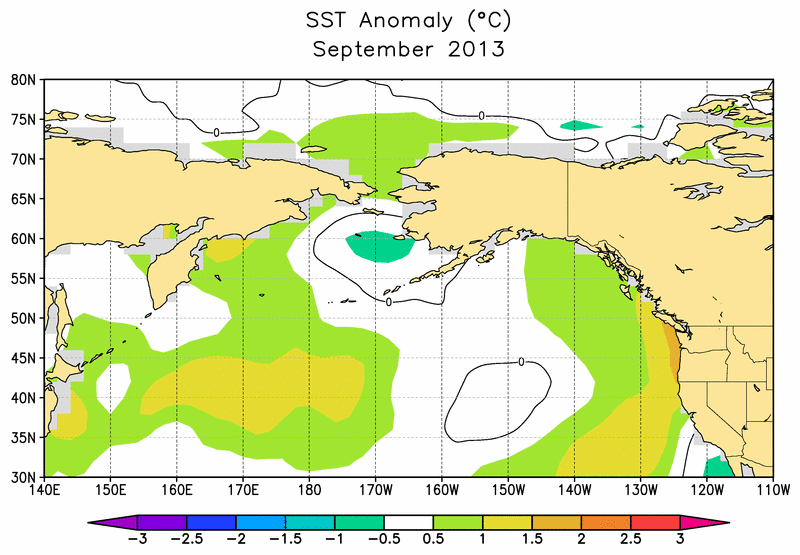 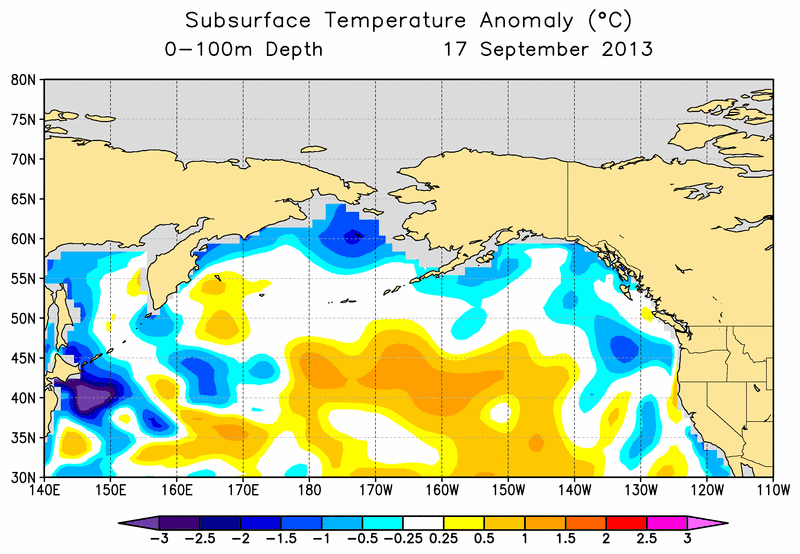 In summary, the forecast failure for January was a good lesson that we should not rely too heavily on one analog predictor - especially one without a strong physical basis.  This is not to say that the Barrow analog was without value; but it seems the ocean conditions south of Alaska were a more potent factor and prevented the January climate from following the pattern of the Barrow analog years.