In two of the last three years I have traveled to Fairbanks in February or March. Whenever I go I always stay at Pike's Waterfront Lodge. One year the Chena River was open and the other year the thickness was only 5". However, upstream at the Steese Highway the thickness was quite healthy. This is apparently a common occurrence. But why?

The simple answer is that a power plant between the two sites puts warm, clear water into the River thereby reducing the ice downstream at Pike's Landing. However, the ice thickness is pretty close early in the season at the two sites. Also, Rick noted that another powerplant is upstream of the Steese Highway that generates power for Fort Wainwright. So, there is probably a simple answer but I don't know what it is. Thoughts? 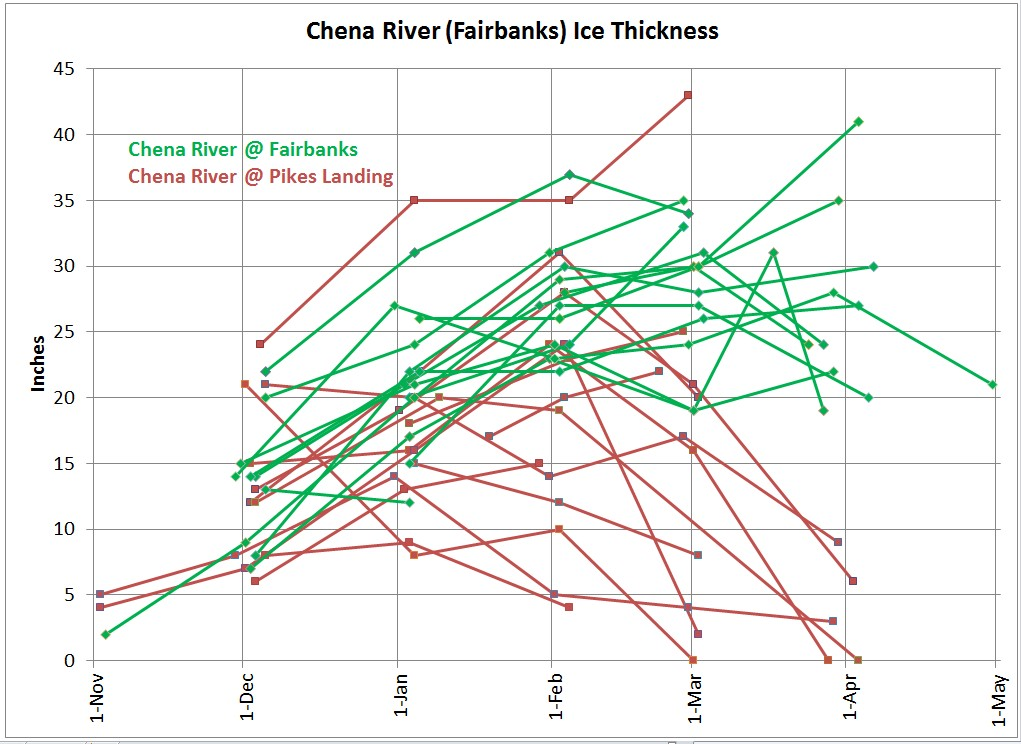 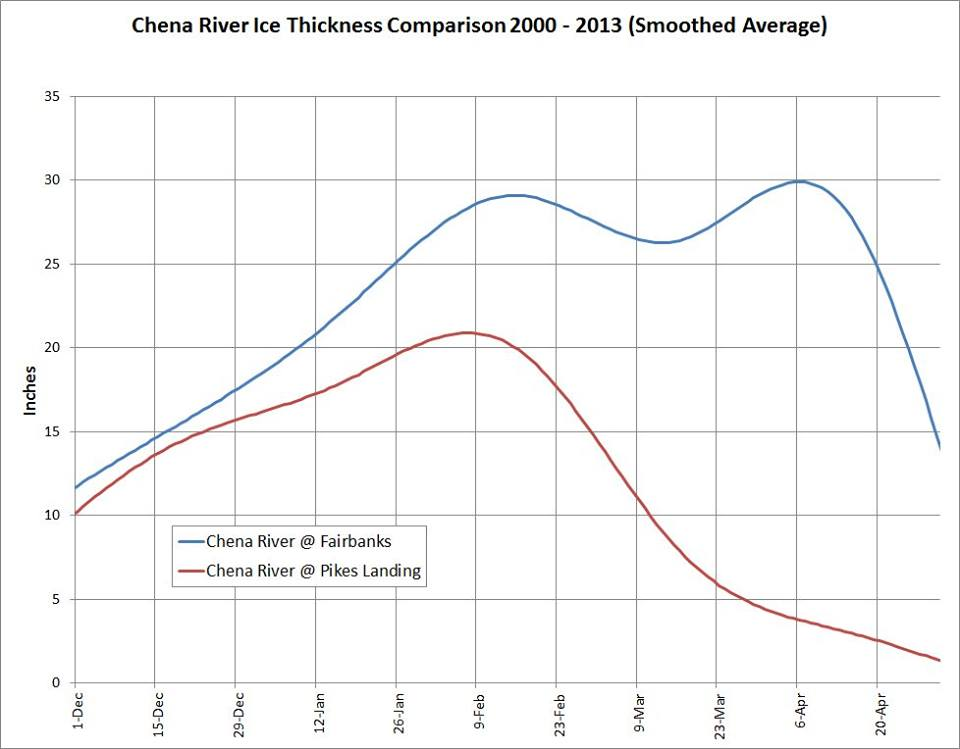 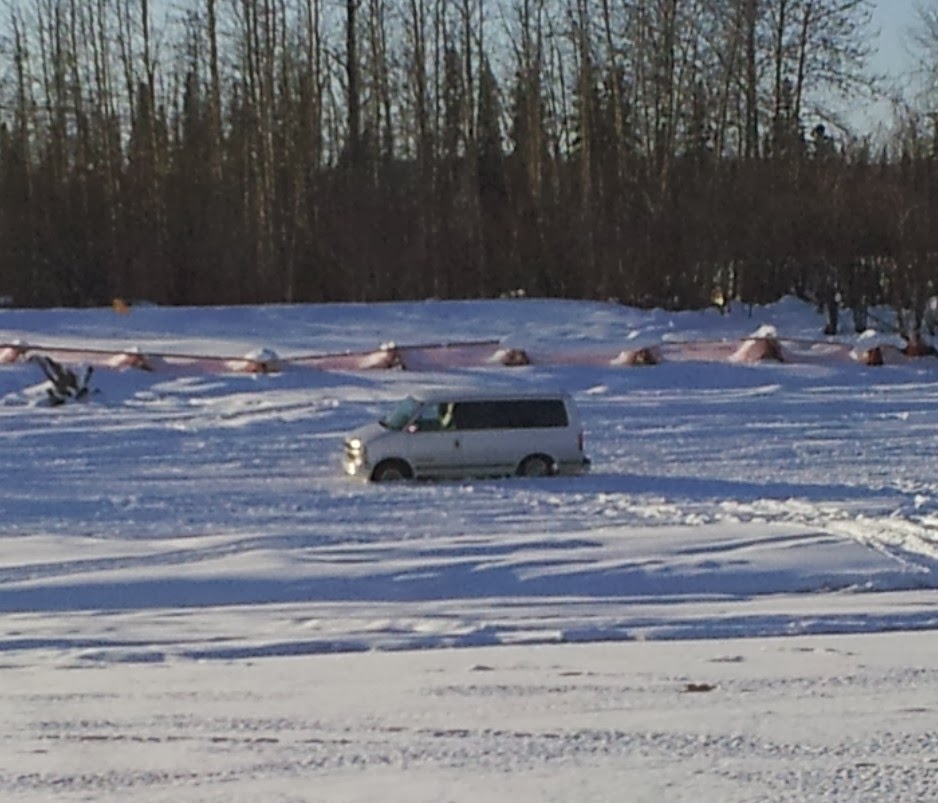 Fig 4. Picture I took of a van stuck on the Chena River Ice Bridge in March 2012.

Google Earth has a 'historical photography' utility that I just decided to check out. Fortunately there is some photography from March 9, 2009, that we can look at. The following four screenshots are ordered from east (Steese Highway) to west (Pike's Landing). The effect of the Aurora Plant is quite apparent. What is still unresolved is why the early season ice at Pike's is 'normal' but it deteriorates quickly in February. Presumably the power plant is in full production mode in December but the ice hasn't started to melt out yet. Perhaps the thermal 'front' takes a long time to make it down that distance from when the pkant operations kick into high gear earlier in the winter. 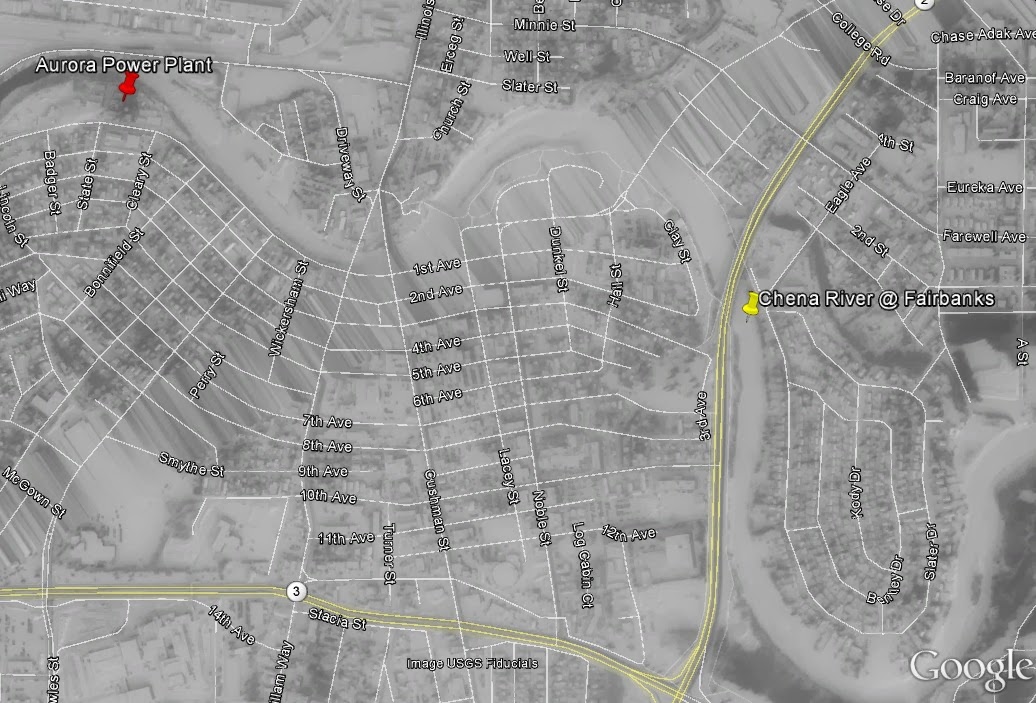 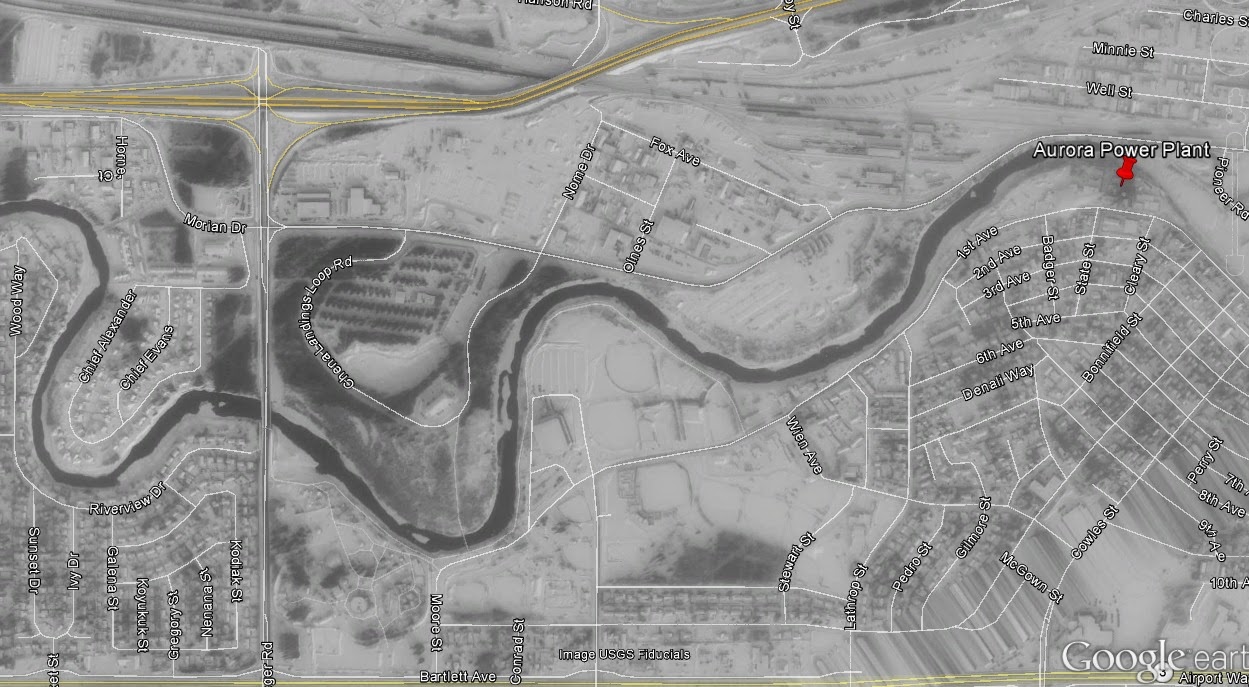 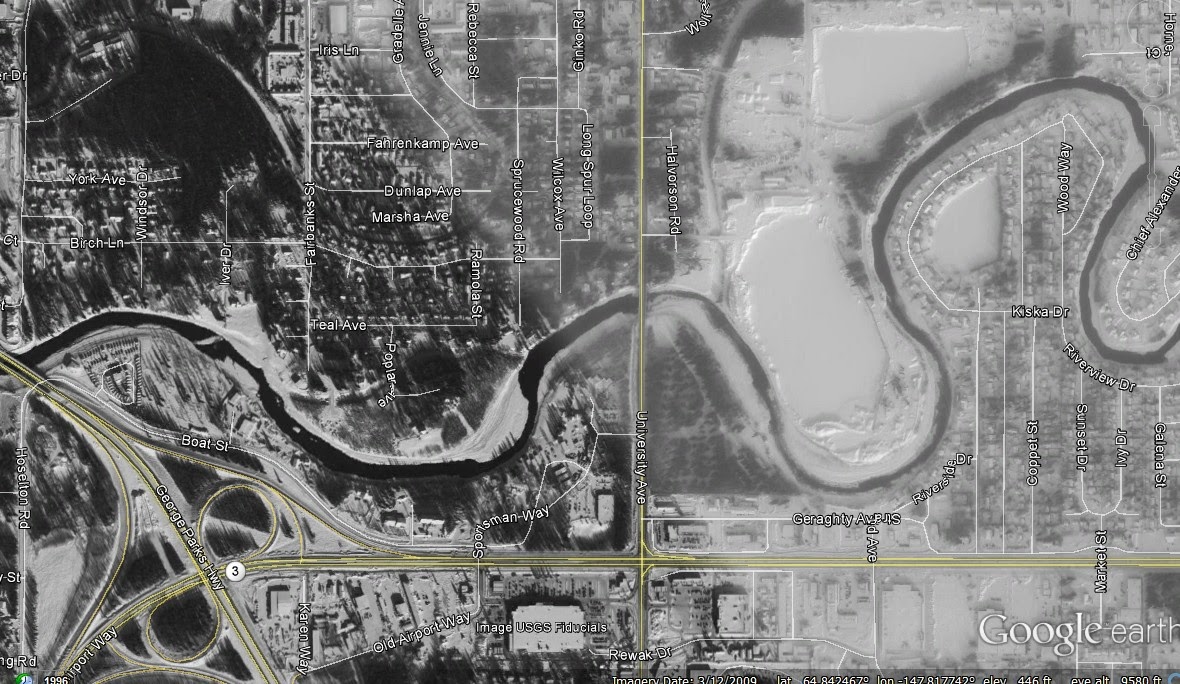 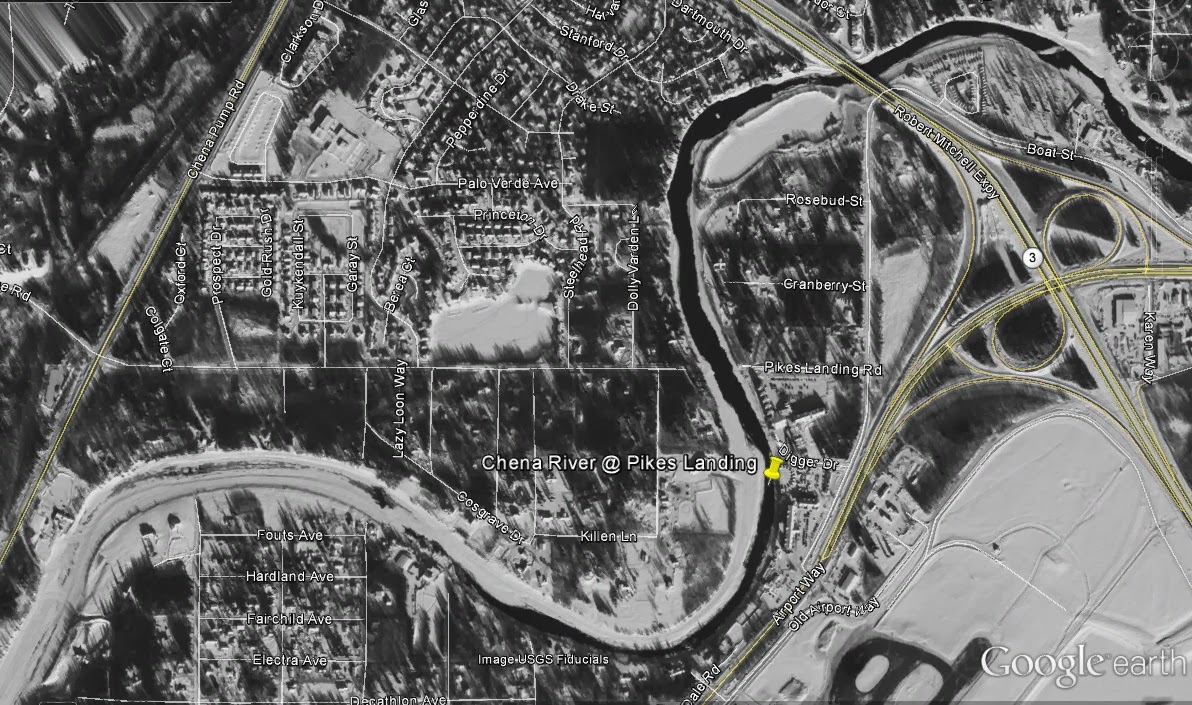