Warm air aloft continues to reside over interior Alaska, and the duration of the warm event has now reached record levels for the winter season.  Specifically, the 850 mb temperature has remained above freezing at Fairbanks for 13 consecutive soundings, or 6 full days (3 pm AKST November 11 through 3 pm today).  The previous record for the winter season (November though March) was 12 consecutive observations in three different events, including last January.

A similar record is also now tied at the 925 mb level (around 2000-2500 feet above sea level), where the temperature has remained above freezing since 3 am on November 10, or 16 consecutive soundings.

Another, perhaps more striking, record was also broken today: the week ending today was the warmest week on record for the months of November through April at both 850 mb and 700 mb at Fairbanks.  Twice-daily soundings began in Fairbanks in 1948, and since that time there's never been a warmer week in the cold half of the year at these levels aloft.

In view of this extraordinary event, I thought it would be interesting to look at the historical distribution of extremely warm or cold events in the Fairbanks upper-air history.  The best measure of the overall temperature of the lower half of the atmosphere is the 1000-500 mb thickness, which is the vertical distance between the 1000 mb and 500 mb pressure levels; this is directly proportional to the mean temperature in the layer.  The chart below shows the annual number of soundings in November through March that observed a thickness of 5450 m or greater (red columns), or 4800 m or less (blue columns).  Together these events account for about 1 percent of the total number of soundings, so these are the extreme tails of the distribution. 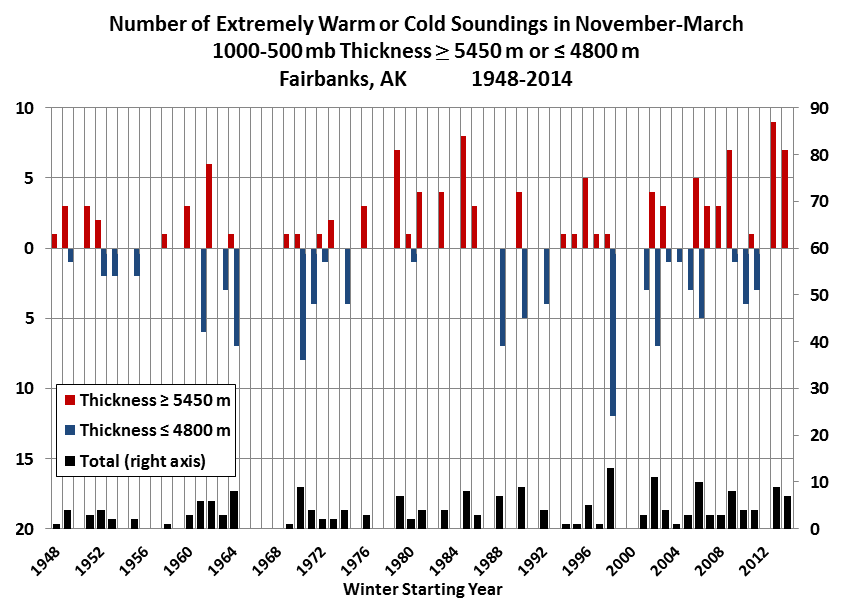 Last winter saw a record number (9) of extremely warm soundings, and this winter is already at 7 despite the early date.  There has been a relatively high number of these events since 2006, and the overall trend appears to be upward.  However, on the cold side, it is interesting to note that the number of extremely cold air masses has not diminished.  The total number of "extreme" thickness observations has increased over the past 65 years.

The warmth in the past two years is probably at least partially related to the very warm surface water in the North Pacific Ocean.  As shown in the charts below, the area-average sea surface temperature in the North Pacific has been far above normal since June 2013, and the 12-month trailing mean is higher than at any time in the 160-year history of this NOAA Extended Reconstruction SST (ERSST) dataset. 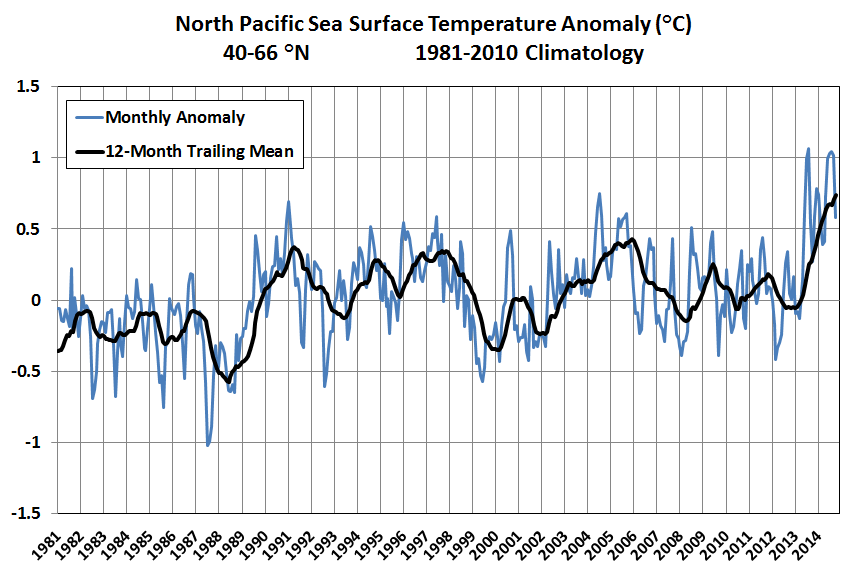 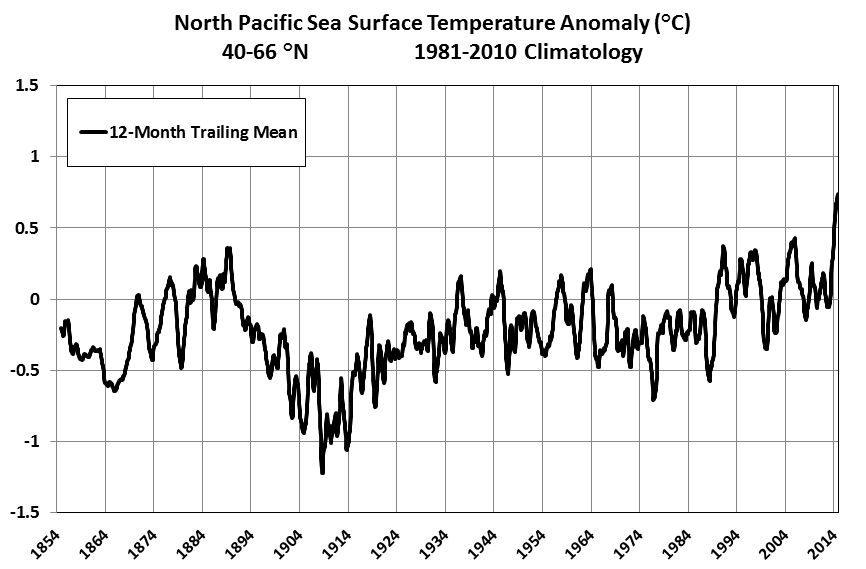 Posted by Richard James at 7:11 PM