In recent weeks I put up a few posts looking at changes in mean seasonal temperature since 1950 in Fairbanks, with a particular focus on winter warming; the most recent post was here.  One of the obvious next steps in the investigation is to look at changes in winter cloud cover over time, because there is a strong relationship between cloud cover and temperature (see e.g. here).

I plan to look at this more fully at another time (I'm currently traveling and unable to write a detailed analysis), but for now I'll put up a couple of charts and invite comment.  First, the fraction of the hourly sky condition observations that reported "clear" in deep winter (Dec-Feb) since 1950, see below. 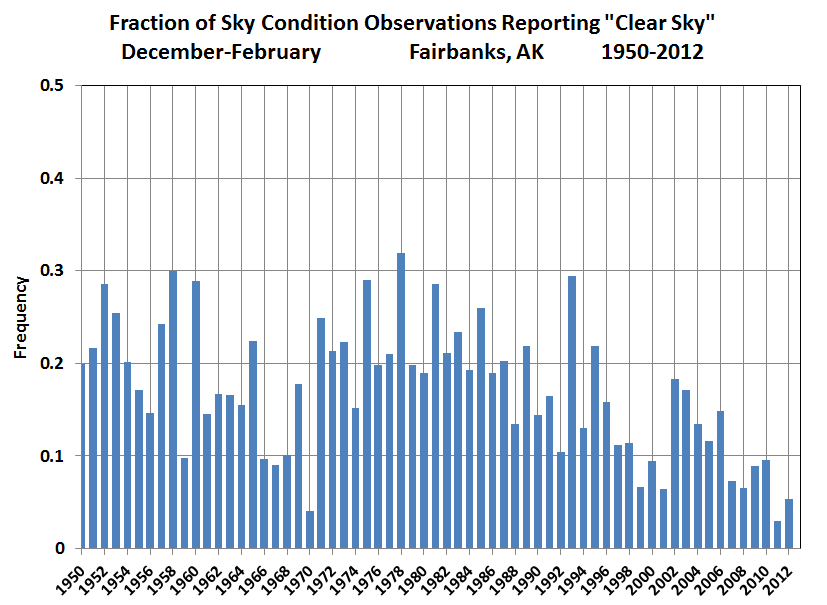 One issue to be aware of here is that the automated (ASOS) observations were introduced in 1997, and it's inevitable that this change produced a bias relative to earlier years, because the ASOS ceilometer doesn't detect clouds above a certain height (12000 feet in the original ASOS ceilometer).  For example, here's a comparison of ASOS and conventional observations for several stations in the lower 48 over a limited period of time (taken from a report here). 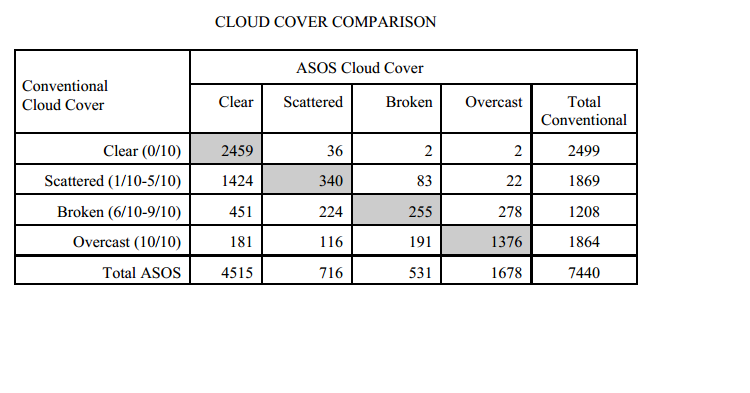 Another potentially confounding factor is that fog in winter in Fairbanks obscures the sky and precludes cloud cover observations, and we know that fog used to be more common in Fairbanks (see e.g. here).  However, we would expect that fog forms preferentially under clear skies in winter, so presumably the missing observations from foggy times in earlier years would be more of the "clear sky" variety.  Again, the trend towards less fog (more complete cloud cover data) doesn't seem to explain the decrease in frequency of clear skies.

Another way to look at the data is to calculate the mean cloud cover fraction from the reported coverage category (i.e. clear, scattered, broken, or overcast); see below.  I hope to post more discussion and analysis at a later date. 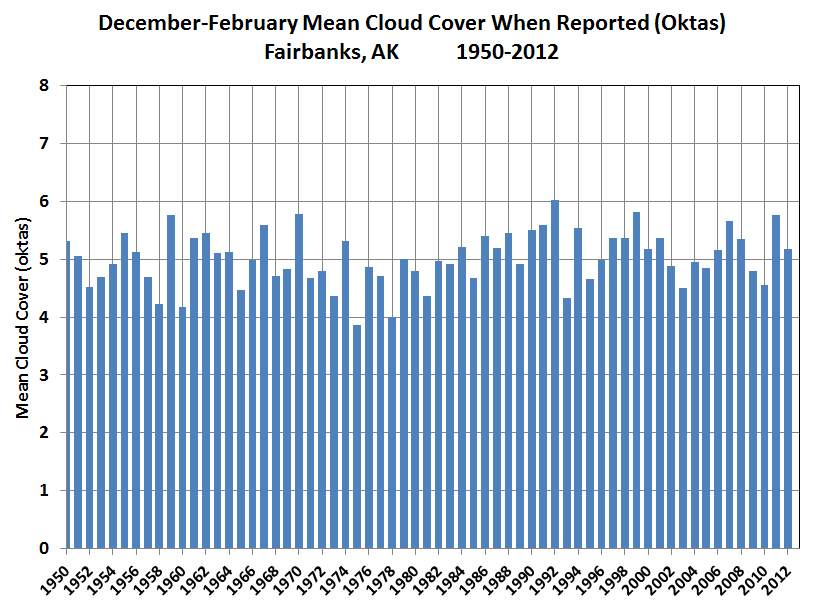 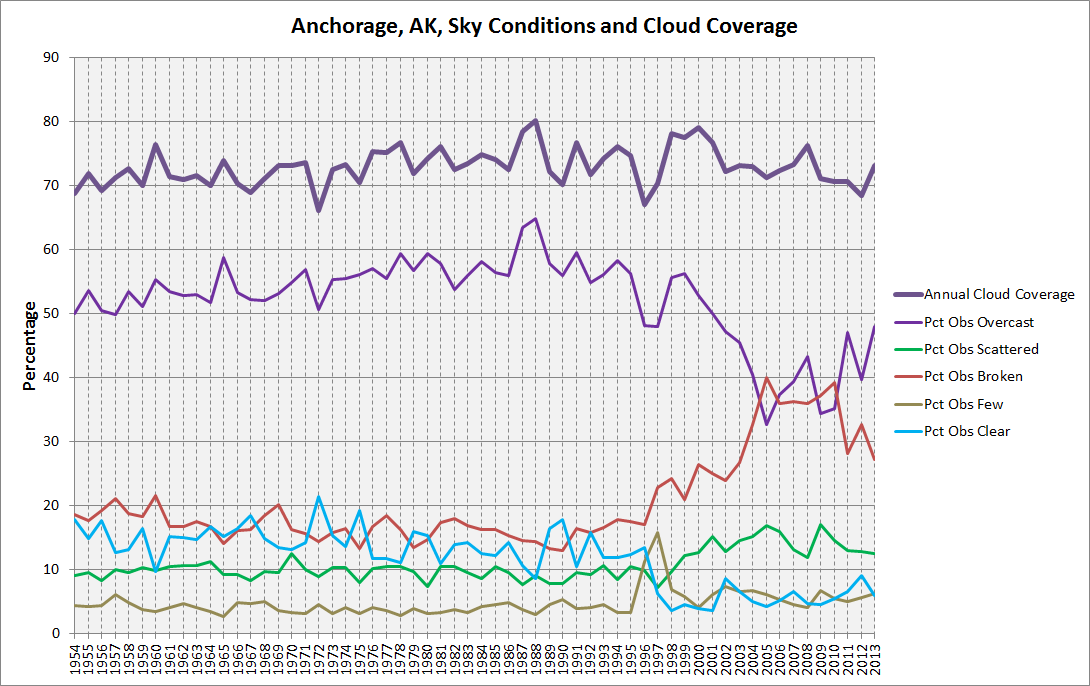 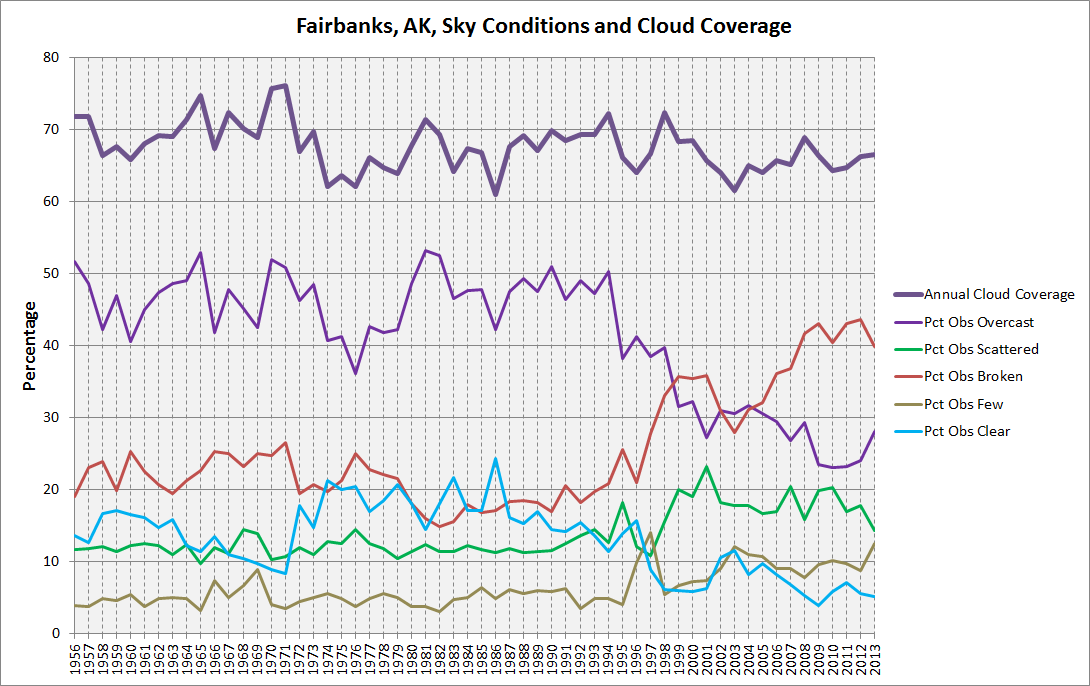 Posted by Richard James at 5:13 AM