The U.S. Climate Reference Network (CRN) of high-quality observing stations continued to expand in Alaska last summer, with three new stations being added at Ivotuk, Deadhorse, and in the Nowitna National Wildlife Refuge; the latter station is located 44 miles east-southeast of Ruby.  This brings the number of CRN stations in Alaska to 16.  I thought it would be interesting to look at the temperature data provided thus far by these new observing sites and to make a comparison with existing nearby stations.

Starting with Ivotuk (which I mentioned here), the chart below shows the daily temperature range in black shading and the daily mean temperature with the gray line.  The blue shading indicates the difference between the daily mean temperatures at Ivotuk and Umiat; the two stations are not exactly similar (more than 100 miles apart, and over 1500' elevation difference), but Umiat is a well-known benchmark for interior North Slope climate.  We see that Ivotuk was generally colder than Umiat through early November, but the extreme warm event of mid-November pushed temperatures above freezing at Ivotuk on six separate days.  Umiat, down in the Colville River valley, only briefly rose above freezing on the 11th (still a remarkable achievement). 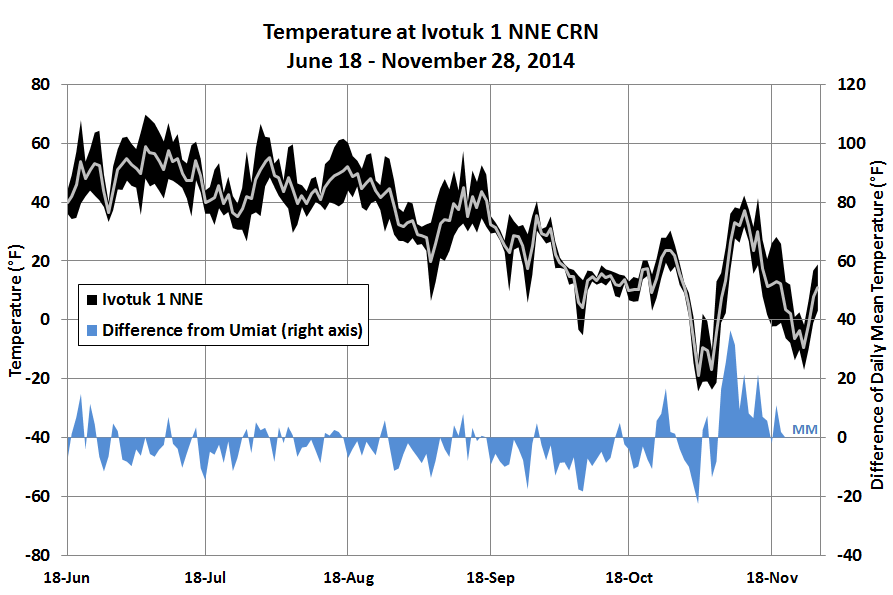 The chart for Deadhorse is shown below, with the comparison being made between the CRN site and Deadhorse airport.  The distance between the two locations is about 2 miles, with the CRN site located just to the south along the haul road.  The CRN site has become slightly but consistently colder than the airport in recent weeks, but the temperature rose above freezing at both locations on November 12. 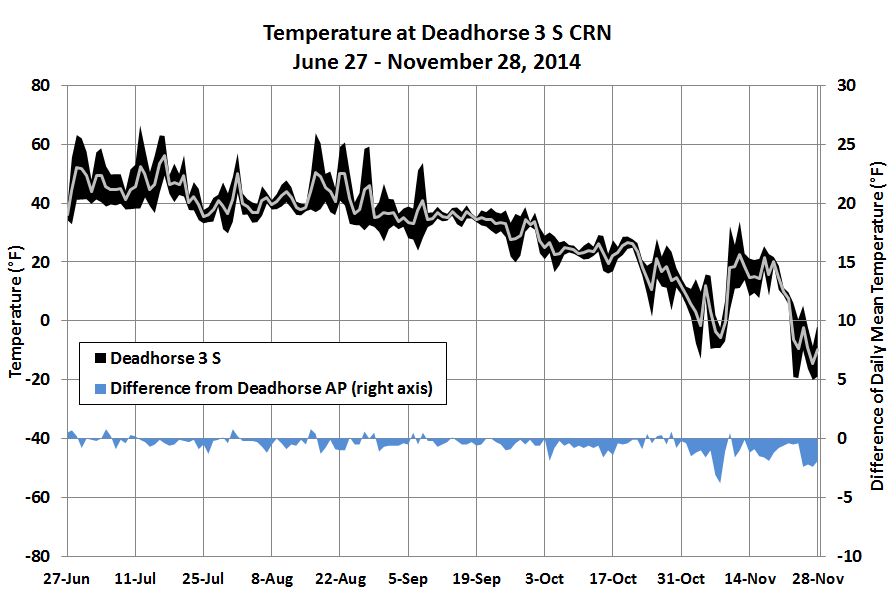 Finally, the chart for Ruby 44 ESE is shown below.  The relatively large diurnal temperature range in September, characteristic of the interior, stands out compared to the other two stations in the Arctic.  The nearest longstanding and regularly reporting station is Tanana, about 75 miles to the northeast.  In the second chart below I've included a comparison of the daily minimum temperatures, which were notably colder at Ruby 44 ESE than at Tanana during several of the colder spells of the late autumn.  For instance, the CRN site observed sub-zero temperatures on October 7, which was the first day that sub-zero temperatures were observed anywhere in Alaska. 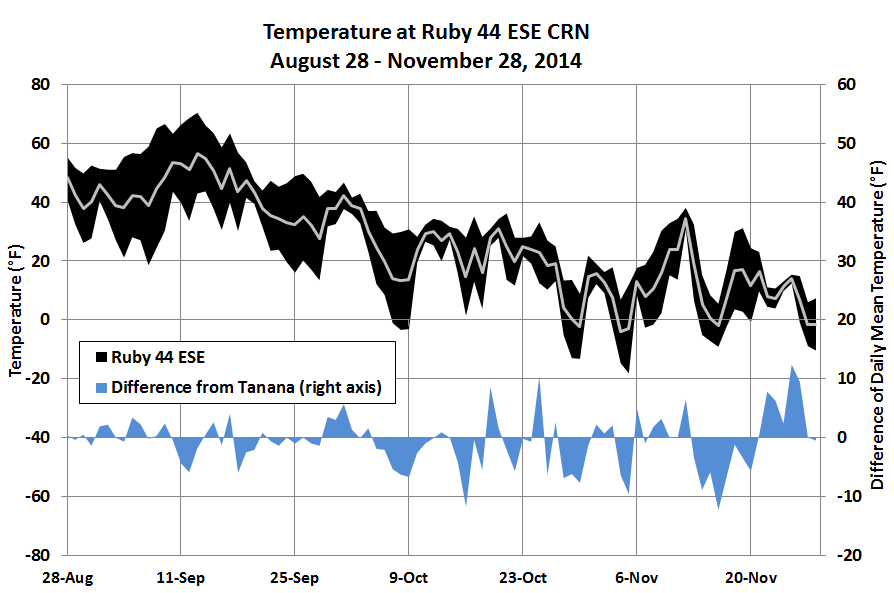 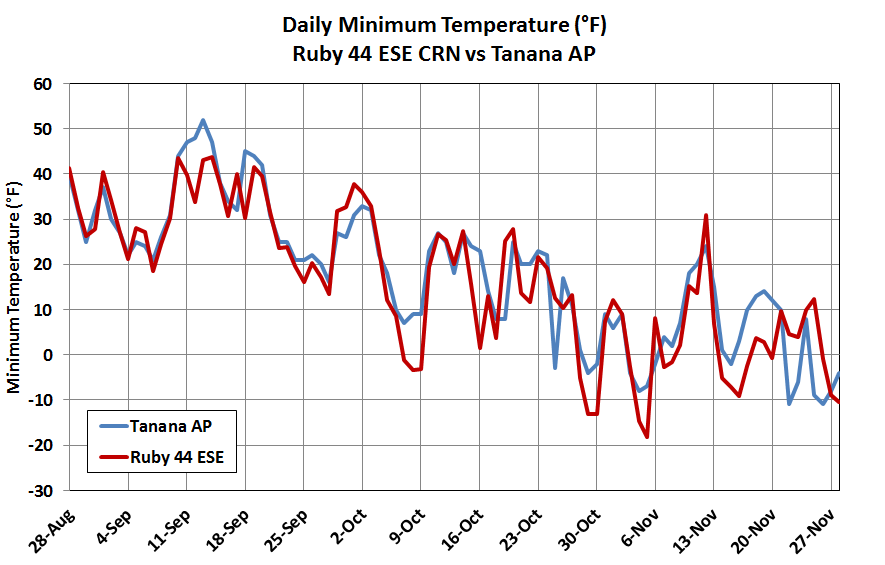 The apparent ease with which this new CRN station at Ruby 44 ESE has reached relatively low temperatures led Rick Thoman to speculate informally that it might be a good candidate for observing -70 °F during a robust cold snap.  Other than the Chicken COOP station, which reported -72 °F in 2008, the -70 °F level has not been seen in Alaska since January 2000 (Manley Hot Springs); and only 3 sites have reported it since the great cold snap of 1989 (the aforementioned two, and Chandalar Lake in 1999).