The sea surface temperatures in the North Pacific have remained in a pattern consistent with the positive phase of the Pacific Decadal Oscillation (PDO) for much of this year.  The positive PDO phase is characterized by a horseshoe-shaped region of above-normal sea surface temperatures extending from the Gulf of Alaska down the west coast of North America and then southwestward towards Hawaii and the central Pacific.  A region of cooler than normal SSTs from Japan to the north-central Pacific is also present in a positive PDO phase.  The latest SST anomaly map shows the positive-phase pattern fairly well: 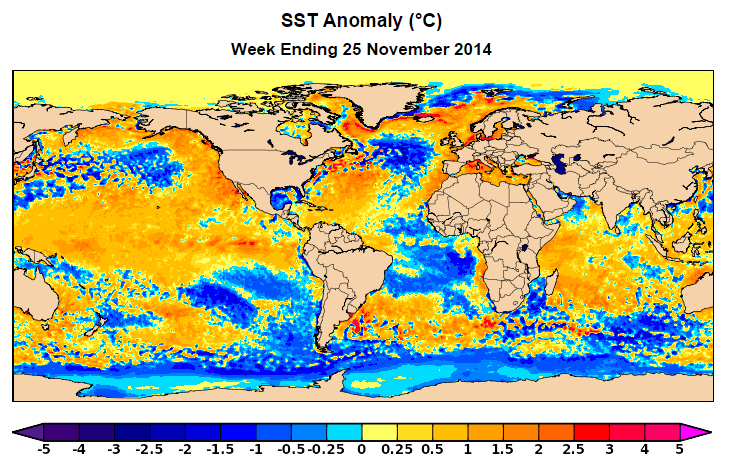 The projection of the SST anomaly onto the canonical PDO pattern (EOF) allows us to measure the phenomenon with a single index.  The chart below shows the daily PDO index values in the past year.

Given the recent strong expression of the positive phase, it seems likely that the PDO will remain positive for much of this winter.  The PDO usually evolves quite slowly, as seen in the autocorrelation function for the monthly index values (shown below); the correlation is still +0.50 at a lag interval of five months. 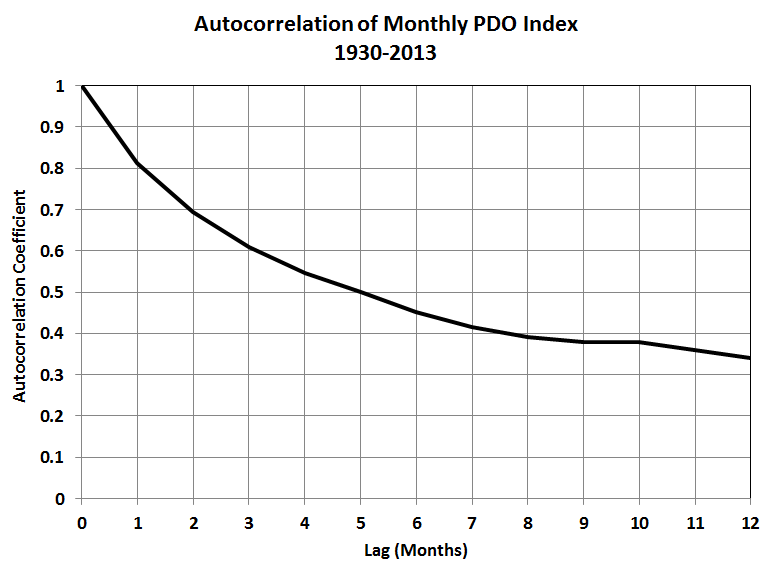 It's well-known that the positive PDO phase is associated with warmer than normal winter conditions in Alaska, but which month is most strongly affected?  To address this, I categorized the monthly Fairbanks temperature data since 1930 according to the December-February mean PDO phase and determined how often the temperature anomaly had the same sign as the PDO index.  For example, when the PDO index is positive, how often is December warmer than normal?  Or conversely, when the PDO is negative, how often is December colder than normal?  The chart below shows the results.  Note that I used the "normal" for the entire history (1930-present) to calculate the temperature anomalies. 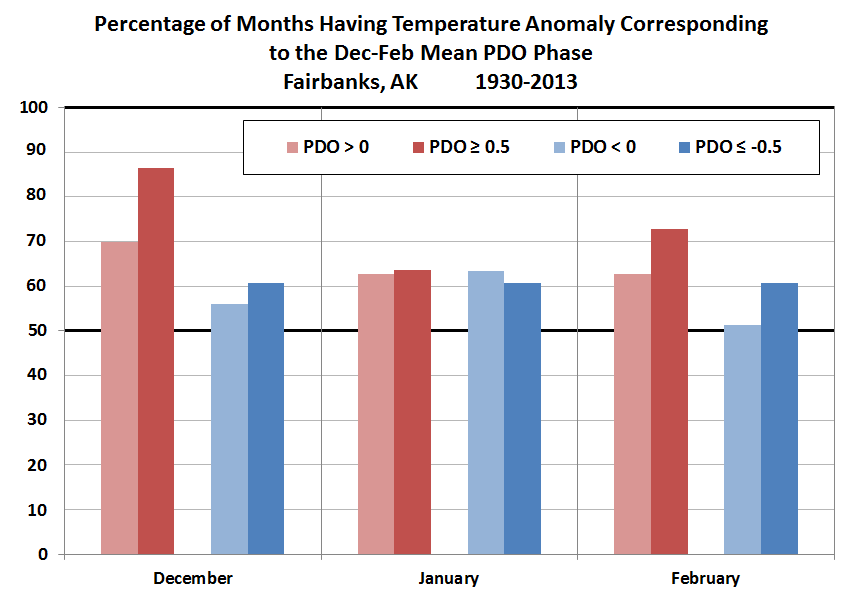 We see that a positive mean PDO phase in winter is more strongly associated with unusual warmth in December than in January and February.  When the PDO is positive, December is warmer than normal about 70 percent of the time, and when the PDO index is +0.5 or greater, unusual warmth occurs over 85 percent of the time (19 out of 22 occasions).  In contrast, January temperatures appear to show a much weaker association with the PDO phase.  Also, it's interesting that the negative PDO phase is less reliably associated with cold conditions than the positive phase is associated with warmth.

The scatterplot below shows the individual December temperature anomalies plotted against the Dec-Feb December mean PDO index.  [Update November 28: the chart originally claimed to show the Dec-Feb PDO index, but was actually using the PDO only for December.]  There is a general absence of below-normal temperatures when the PDO phase is positive, which confirms the strong statistical connection.  Interestingly the two major exceptions occurred in consecutive years, 1935 and 1936.  It's possible that the sea surface temperature data from that era is sufficiently poor that the PDO was not really strongly positive in those years; but it would be interesting to look for alternative explanations. 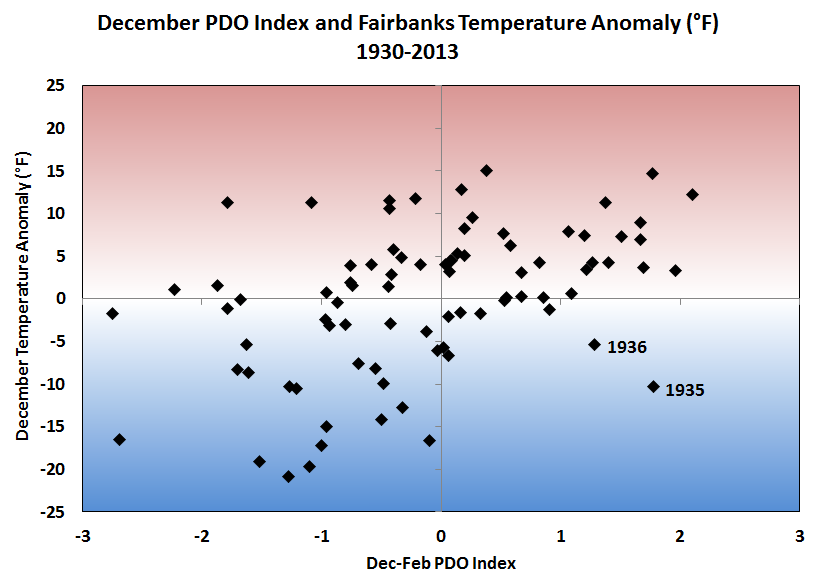 Update November 28: here's the chart I had intended to show, i.e. the Dec-Feb PDO versus Fairbanks December temperature anomaly.  The results are similar. 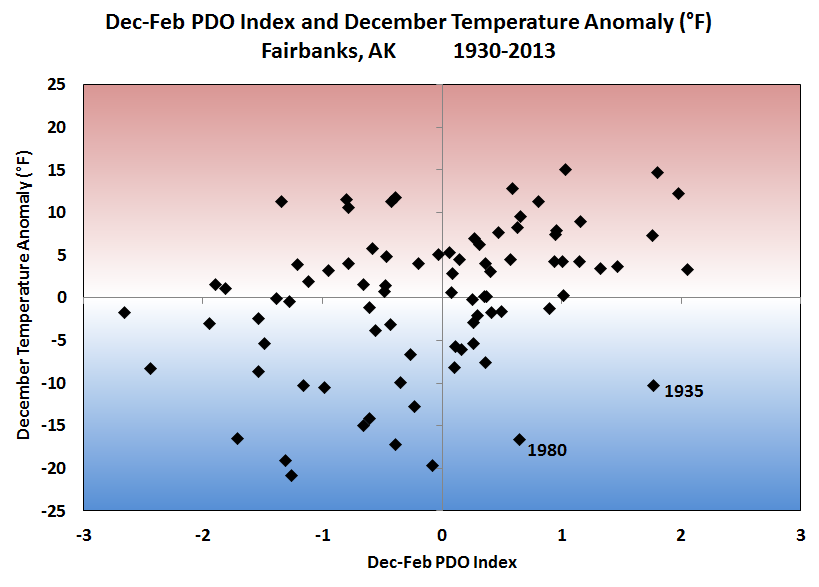 Posted by Richard James at 5:24 AM