In view of our recent discussion surrounding cloud cover observations in Fairbanks, I decided to look more closely at the historical data and long-term trends.  The goal is to understand the reported changes in sky condition categories, as shown in the chart below (click for a larger version); and I'm focusing on the winter season for now.  As noted earlier, there have been large variations in the frequency of clear sky conditions, and the past 50 years have seen an apparent decline in the frequency of overcast skies in winter. 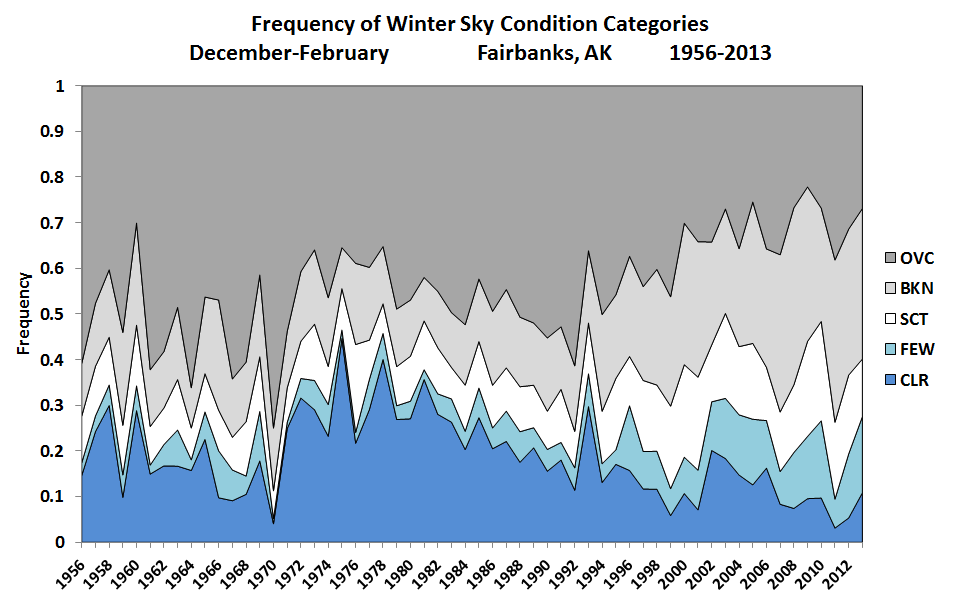 In my previous post I mentioned that fog used to be more common in winter in Fairbanks, and this confounds the analysis because sky condition can't be observed reliably during foggy conditions.  However, it turns out that the observers in Fairbanks very often used to report overcast skies during fog.  The chart below shows the December-February frequency of fog conditions (blue columns) and the 11-year centered mean frequency of an overcast sky condition when fog was observed (gray line).  We see not only the long-term decline in winter fog frequency, but also a very pronounced trend away from reporting overcast skies during fog.  In recent years, the most common sky condition during winter fog is "obscured", which makes sense as it is difficult to observe the true cloud coverage in the presence of fog at ground level. 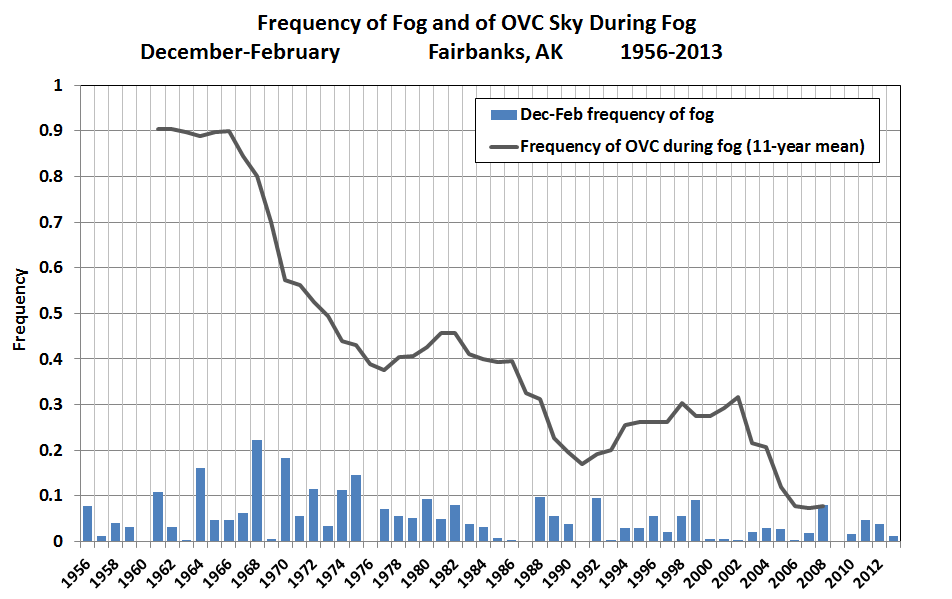 The implication of these results is that winter sky condition data from earlier decades in Fairbanks had a bias towards more frequent overcast than today, because the observers used to report overcast during fog, and fog used to be relatively common.  This indicates that the long-term decline in overcast conditions may be smaller than the raw data suggest.  I'll attempt to remove the effect of the bias, and get closer to the "true" cloud cover changes, in a future post.