Record-breaking rainfall has occurred in Fairbanks today, amounting to more than an inch after changing over from snow in the early morning hours.  The storm total precipitation is up to 1.54" so far at the airport, breaking the all-time records for 24-hour and 2-day precipitation in Fairbanks in the month of October.  This is also the heaviest single precipitation event in Fairbanks since the excessively wet start to September of 2014 (see here).

Remarkably, the low-lying Fairbanks airport rain gauge appears to have seen the highest precipitation amount of any of the automated stations in the area - see the map below - but obviously manual observations from coop stations are not included here. 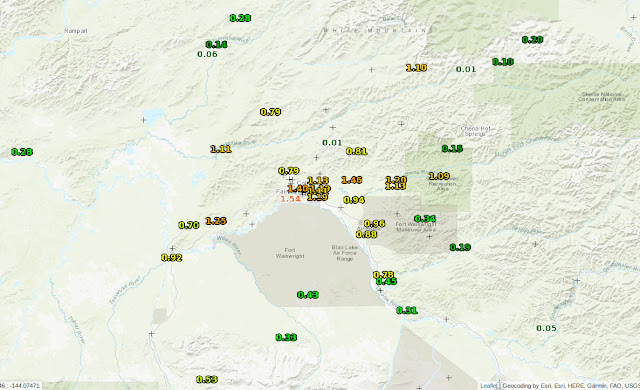 Heavy precipitation (e.g. an inch or more) is very rare in October in Fairbanks, and in fact it is surprisingly so when we consider that the long-term normal for October total precipitation is 0.79" - lower than June through September, but higher than the other seven months of the year.  The chart below shows an analysis of the number of precipitation events (unique 2-day totals) in each month that exceeded the normal total for the month; so in April we're counting the number of events with more than 0.16", and in August we're counting the number with more than 1.94". 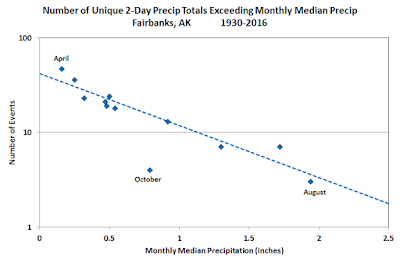 Obviously the wetter months tend to have far fewer single events that exceed the monthly normal, as precipitation is much more frequent, and the distribution of amounts is less skewed, in the wetter months.  Interestingly the chart reveals a fairly good logarithmic relationship if we exclude October (note the log scale on the vertical axis).  However, October stands out like a sore thumb for its rather small frequency of heavy precip events in comparison to the monthly normal; and this highlights just how remarkable it is that today Fairbanks has seen about twice the normal total for October.

Lest it be overlooked, the first accumulating snow of the season was observed last night in Fairbanks, and amounts up to about 5" were measured in the higher parts of town before the changeover to rain.  Here's a sequence of webcam images from UAF showing the elimination of the winter's first snow cover within just a matter of hours. 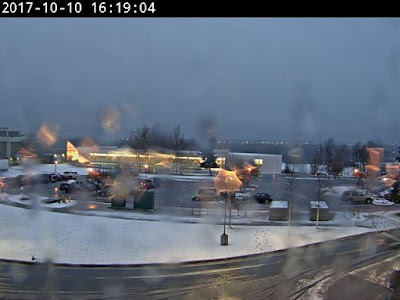 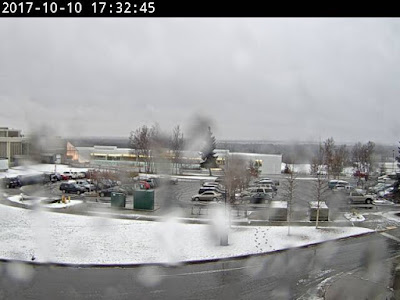 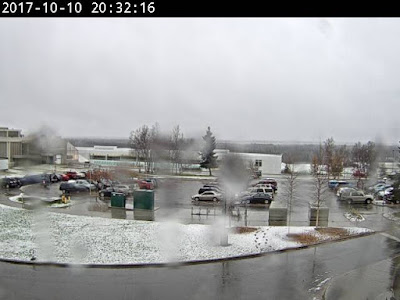 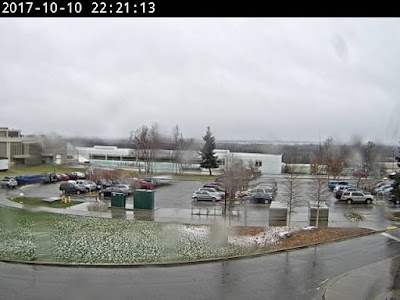 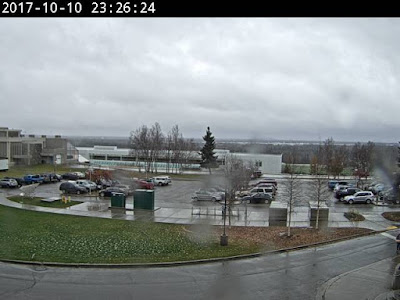 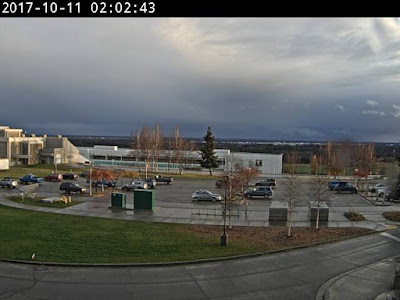