After writing only last week about the lack of a hard freeze in Fairbanks - and indeed the first hard freeze last Wednesday was the latest on record - conditions have suddenly turned more wintry.  The temperature hasn't risen above freezing since Sunday, and there's no immediate prospect of it doing so as the trend remains firmly down for now.

It's possible, though unlikely, that the thermometer will not rise above freezing again in Fairbanks this year.  The last time this happened was in 2008, when the last above-freezing temperature was on October 11; but most years see at least a minor thaw in November or December, and about half of recent years have made it into the 40s in these months.

In keeping with the wintry change, widespread snow showers have brought at least a dusting of snow to much of the interior in the past couple of days.  Yesterday was the long-term median date for establishment of the permanent winter snow cover in Fairbanks, and in view of the chilly forecast it's certainly possible that the snow that's now on the ground could remain until spring.

Here are some webcam views of a hefty snow shower that has passed over UAF's West Ridge in the course of writing this post. 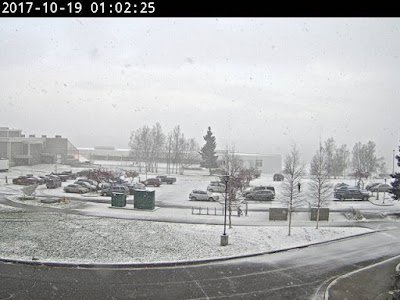 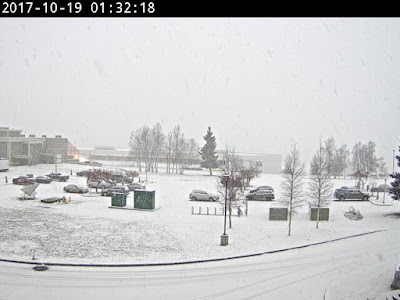 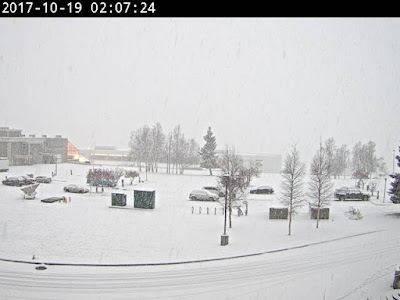 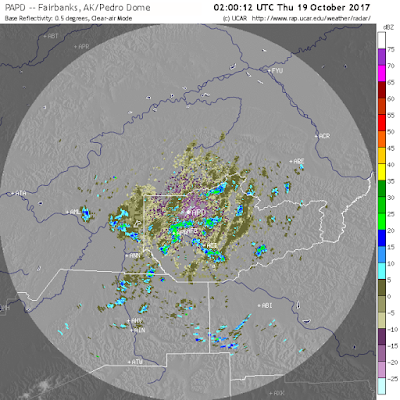 The snow showers have been forming within an increasingly unstable air mass, as cold air moves in aloft over a relatively warm land surface.  The three charts below show the Fairbanks balloon soundings from 4pm AKDT yesterday (top), 4am this morning (middle), and 4pm today (bottom); note how the temperature (red) curve becomes steeper in the lower levels while the surface temperature remains nearly constant.

As far as freeze-up across the interior is concerned, webcam views suggest there is not a great deal happening yet, but that should change quickly in the next few days.  Temperatures have not risen out of the teens today in the Yukon Flats, so the apparently open Yukon River at Beaver will soon ice up: 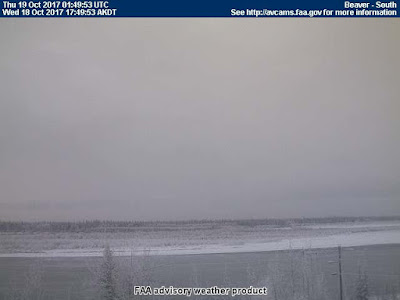 To the east, the Yukon is still open at Dawson, and far to the west, the Koyuk River is still open, and there's open water at Selawik.  I'd expect a freeze-up in a matter of a very few days in the latter locations, given the cold air now working its way down across the state. 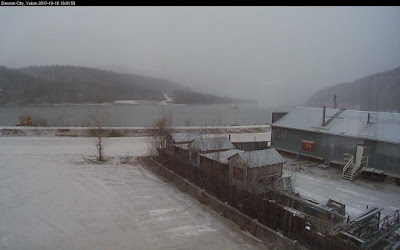 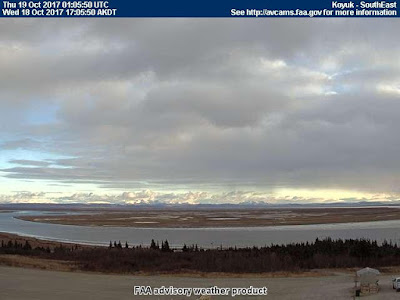 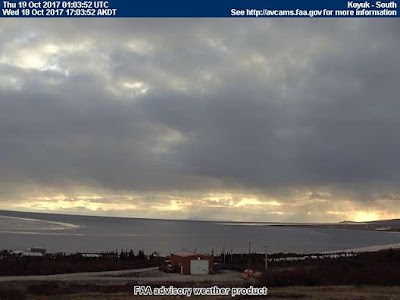 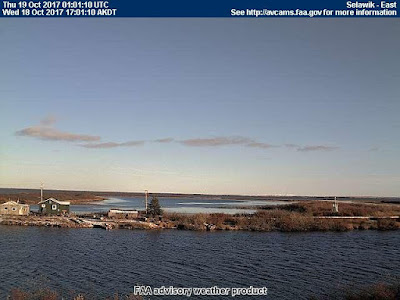