November brought a sharp contrast in temperature anomalies across the state of Alaska, with extreme warmth (relative to normal) in the north and below-normal temperatures in the southeast interior, south-central, and southeast Alaska.  Here's Rick Thoman's graphic from the other day:

As an example of the extremes, Utqiaġvik (Barrow) saw their warmest November on record, but the notorious cold spot of Chicken reached -30°F on 12 consecutive days, which is the most on record prior to mid-late December (but the period of record only goes back to 1997).  The chart below shows how the temperatures at the two sites diverged in November; note that Utqiaġvik had several days of missing data. 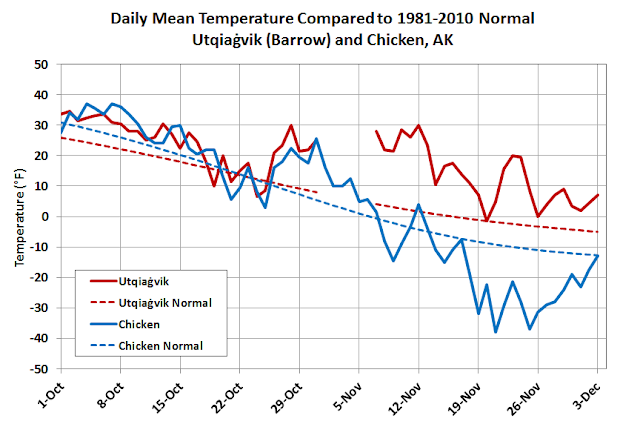 As it turned out this year, Utqiaġvik had "only" their 8th warmest October since 1930, but the warmth in November was unprecedented at 16°F above the 1981-2010 normal.  The early November peak in anomalous warmth is completely consistent with the absence of sea ice nearby; the chart below (taken from this 2014 post) shows an early November peak in the recent warming of surface air relative to air aloft at Utqiaġvik. 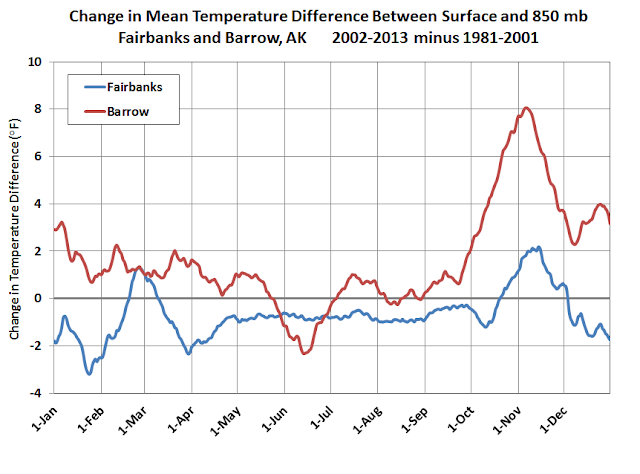 As for the weather pattern that led to the statewide contrast last month, we can blame La Niña for a persistent ridge of high pressure that allowed cold conditions to prevail downstream over southeast Alaska.  The first map below shows the November mean 500mb height - note the ridge over the Bering Sea - and the second map shows the departure from normal.  This is a classic La Niña pattern; but the warmth in the far north has more to do with the sea ice situation. 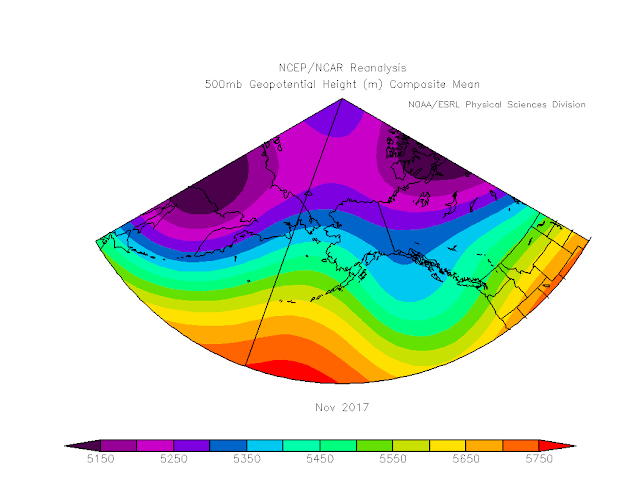 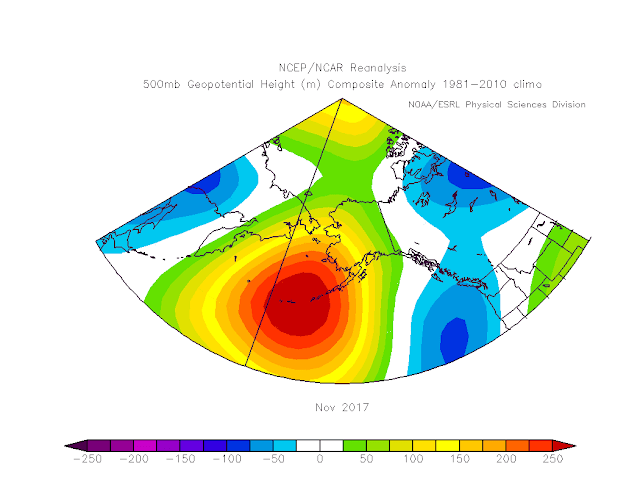