Reader Gary suggested recently that it would be helpful to have a summary of the typical impacts of major ocean anomalies on Fairbanks climate.  There are many different ways this information could be presented, but I thought it might be useful to visualize the contrasts between different ocean phases in a chart format.

Beginning with impacts on winter (November-March) temperature, the chart below shows the median temperature anomaly for strongly negative, near-neutral, and strongly positive phases of 4 different large-scale sea surface temperature (SST) patterns.  I've included the Atlantic Multidecadal Oscillation (AMO) for good measure as I've mentioned it a few times recently.  Note that the data are from 1930-2015; strongly negative and strongly positive are defined as the bottom 10 and top 10 years respectively, while near-neutral consists of the 20 years in the middle of the 86-year distribution.  Also note that I de-trended the temperatures before calculating the anomalies so that relatively warm and cold anomalies are more evenly distributed through the history. 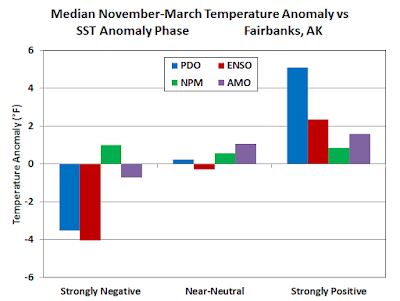 The PDO and ENSO (El Niño/La Niña) impacts on temperature are as expected, with a negative PDO and La Niña both bringing cold winters, and with El Niño showing a less reliable warm influence than a positive PDO phase.  The NPM appears to have little effect on temperature, but surprisingly the AMO phase is modestly influential, with a more positive phase correlated with warmer conditions.

Similar charts for winter precipitation and snowfall are shown below; the PDO and ENSO impacts are as expected, and the impact of the NPM is "opposite" to that of the PDO and ENSO, as I showed in my September talk.  It's interesting to note that the strongly positive NPM phase brings more than twice as much precipitation as the strongly negative phase (median 3.65" vs 1.44"), but the snowfall is only 78% higher (55" vs 31"). 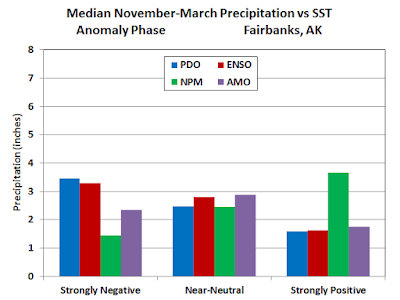 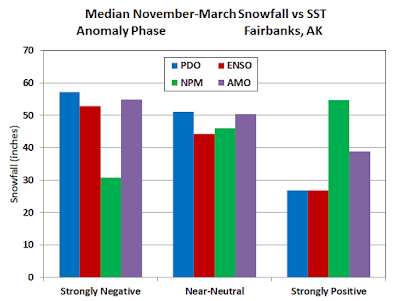 The charts below show parallel results for the other seasons of the year, defined as April-May for spring, June-August for summer, and September-October for autumn.  Vertical scales are left unchanged to highlight the relative magnitude of temperature anomalies and precipitation amounts in different seasons.  There's a lot that could be said about the different patterns, but I'll leave additional comments for another time. 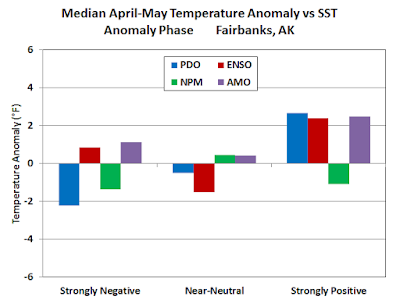 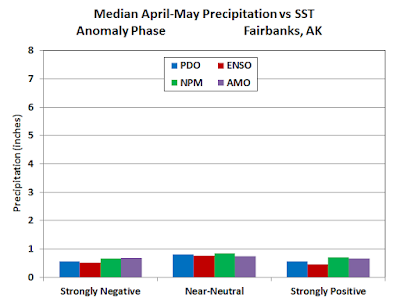 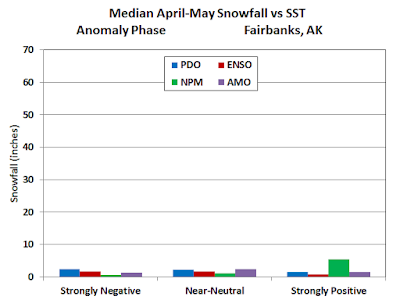 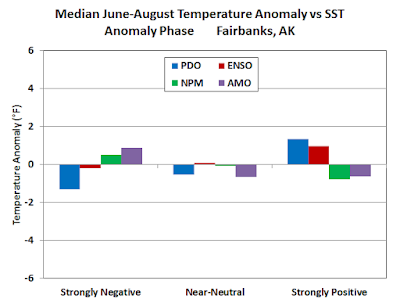 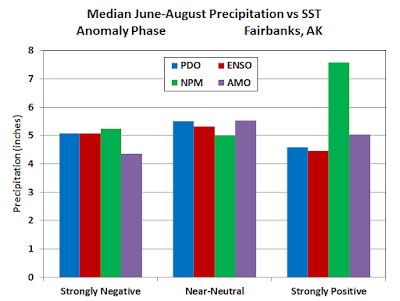 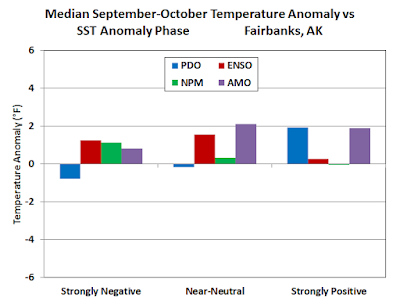 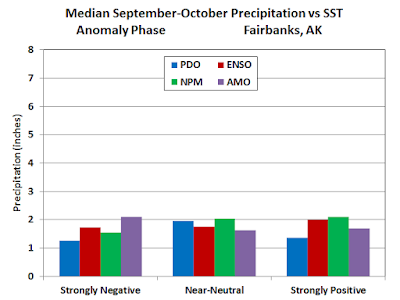 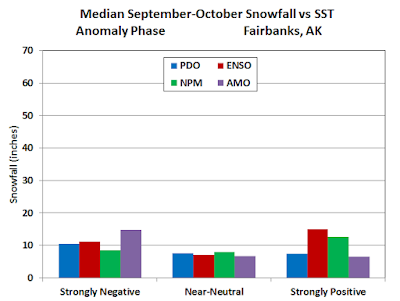