Two episodes of persistent light snow in Fairbanks over the weekend brought the first significant valley-level accumulation of the season, and the observed snow depth stood at 4" last night at the airport.  This is the earliest occurrence of a 4" or greater snow depth since the great September snowfall of 1992; and it has only been observed this early in 4 other years in the Fairbanks history since 1930.

What are the chances that this snow will remain on the ground at the official Fairbanks climate site throughout the winter?  The chart below shows the frequency with which snow has melted out to a trace or less after a given date, for snow depths of 1" or greater (green line), 2" or greater (light blue), and 3" or greater (purple).  I required at least 10 instances in the 1930-2013 history to calculate a frequency, so the frequency is not available until e.g. October 12 for a snow depth of 3" or more. 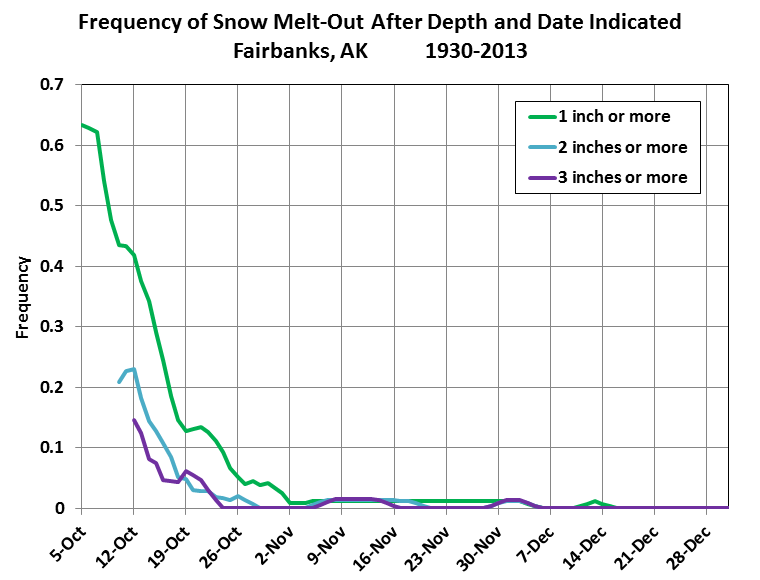 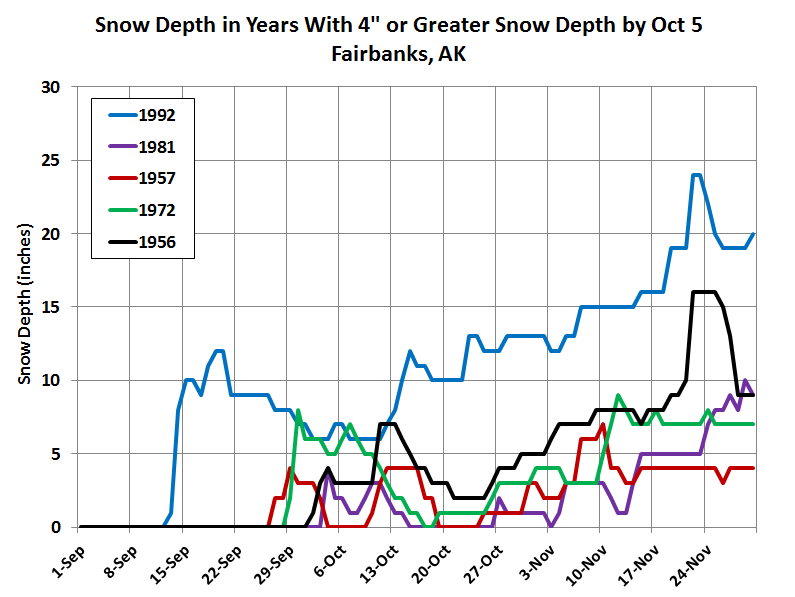 In summary, the history of previous early "heavy" snows in Fairbanks suggests that it is not uncommon for warmth later in October to melt out the early snow.  However, if 2 inches or more is still in place a week from now, then the odds are against a melt-out after that point.

Update October 7: reader Mike asks if unusually warm temperatures are responsible for the melt-out of an early snowpack, or if a return to normal conditions is sufficient to melt early snow.  The chart below shows the daily temperature anomalies in the 5 years referenced above. 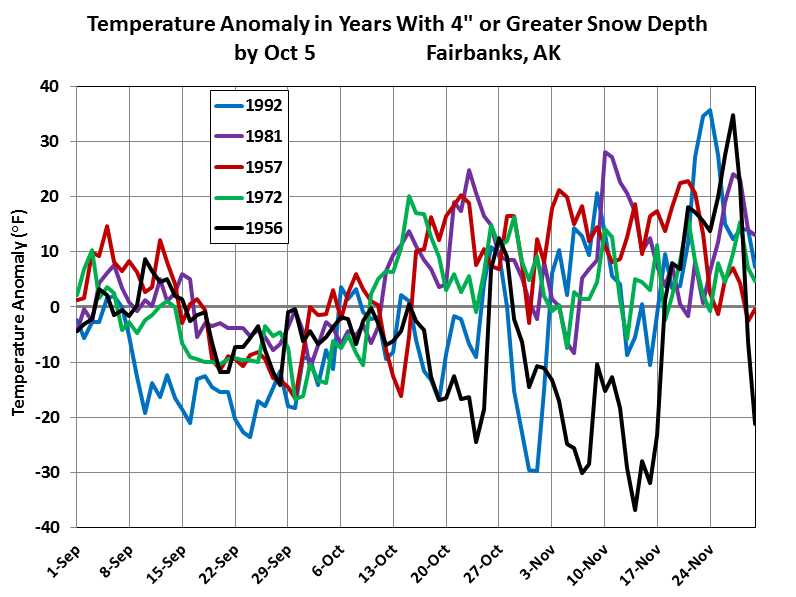 We see that below-normal temperatures remained in place for most of October in 1956 and 1992, which explains the survival of the snowpack, but in the other 3 years the anomalies turned warm in the second half of October (and remained warm for much of November).  In 1972 and 1981 the disappearance of the early snow cover occurred just after the arrival of unusual warmth on about the 13th, so we can definitely blame the flip to warm weather in these cases.  However, in 1957 the early snow melted by October 5, when temperatures were near normal, so this was just the calendar at work.

The apparent preference for relatively warm conditions in November is interesting and mirrors an analog signal I discussed last autumn for early snow years; it seems to be fairly common for early wintry weather in Fairbanks to be replaced by relatively mild early winter conditions.

Mike also asked about the relationship between snow onset dates in Fairbanks and Juneau.  Time doesn't permit a more detailed examination now, but a quick scatterplot of the dates of first 2" snow depth indicates that there is probably no correlation.  In 1953, Juneau received its first significant snowfall (8", no less) 37 days before Fairbanks! 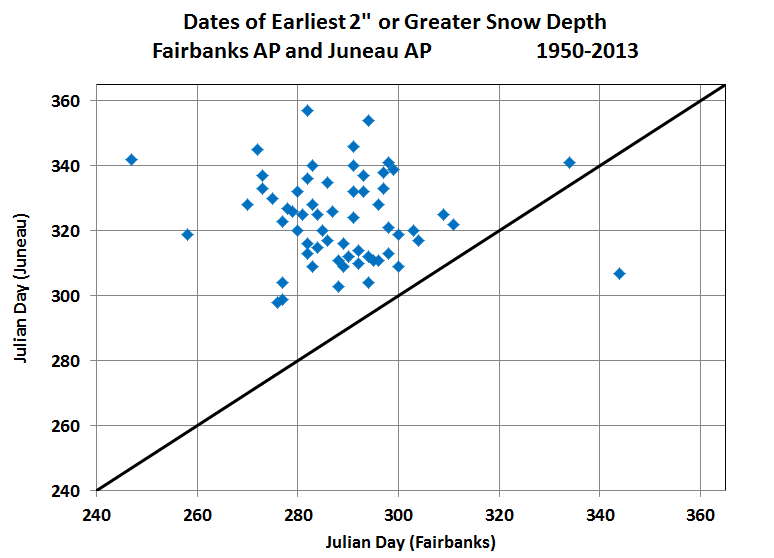