The midpoint of October has been reached, and the mean temperature so far this month in Barrow is 25.4 °F, which is right in the middle of the pack in terms of the "new normal" since 2002.  Of course it is well above normal relative to the climate in former decades.

The chart below shows the daily mean temperature anomalies in Barrow between August 1 and November 30, for 2014 (black line) compared to the past 12 years, which were all very warm in September and October.  As we noted here, the anomalous warmth in recent years has tended to peak at the end of October; we can see that daily temperatures were above the 1981-2010 normal almost all the time in the second half of October in the past 12 years.  This year we've been following the same script since mid-September, and with sea ice still a good distance offshore, there seems to be no reason to expect a sudden change (see the ice analysis below, courtesy of the NWS in Anchorage). 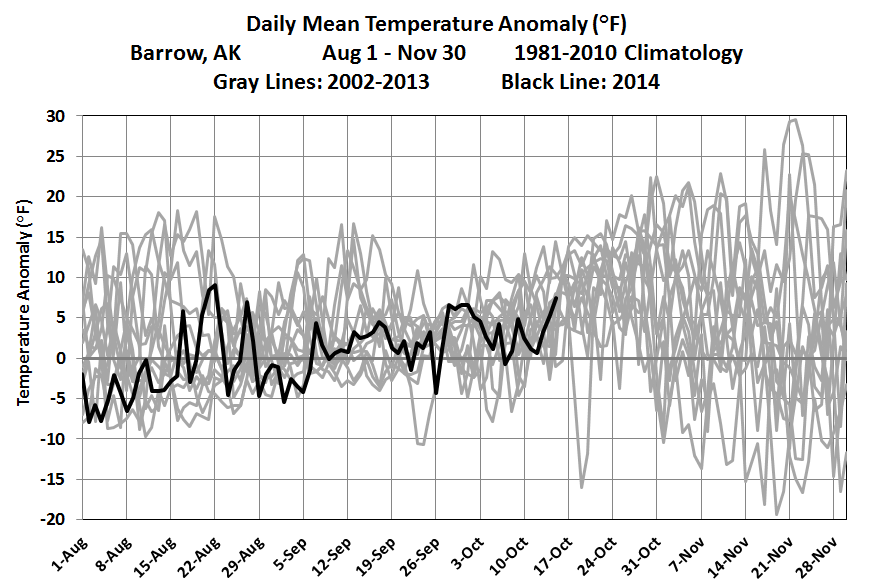 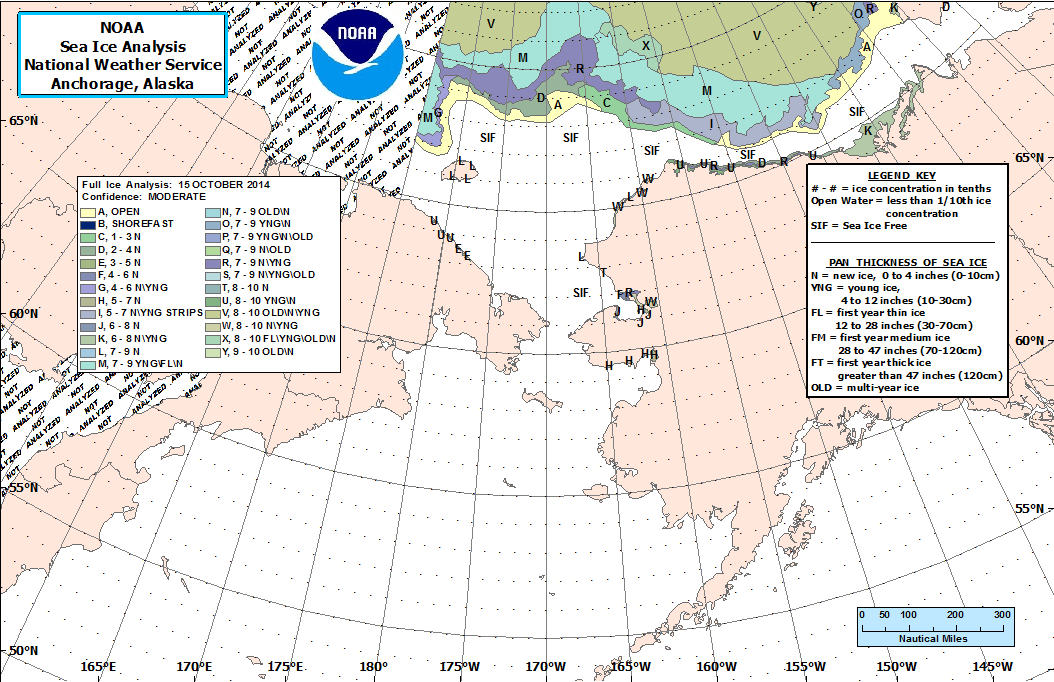 Posted by Richard James at 1:41 PM