The snow cover that arrived in Fairbanks on October 4 failed to melt out sufficiently to bring the official snow depth below 1 inch, and so we can now say the likelihood is very high that the permanent winter snowpack was established on October 4.  This is tied with 1933 for 3rd earliest in the Weather Bureau/NWS era; the only years with earlier onset of permanent snow cover were 1992 (September 13) and 1956 (October 2).

It is an interesting curiosity that the snow depth was reported at 1 inch for 11 consecutive days ending October 23, and this is tied for fifth longest such period (consecutive days at 1" snow depth).  However, it's nowhere close to the record: in 1953, the snow depth remained at 1" for a remarkable 48 days ending December 9.  The chart below shows the years with at least 11 consecutive days at 1" along with the number of days in the period with a high temperature above freezing.  Most often a lengthy spell of 1" snowpack is accompanied by few or no days above freezing, but this year 8 of the 11 days saw the temperature rise above freezing.  However, we should note that the Fairbanks snow depth measurements are now taken (I believe) at the #2 airport location, which is sheltered by vegetation and often runs several degrees cooler than the official temperature site; only 5 of 11 days rose above freezing at the #2 location. 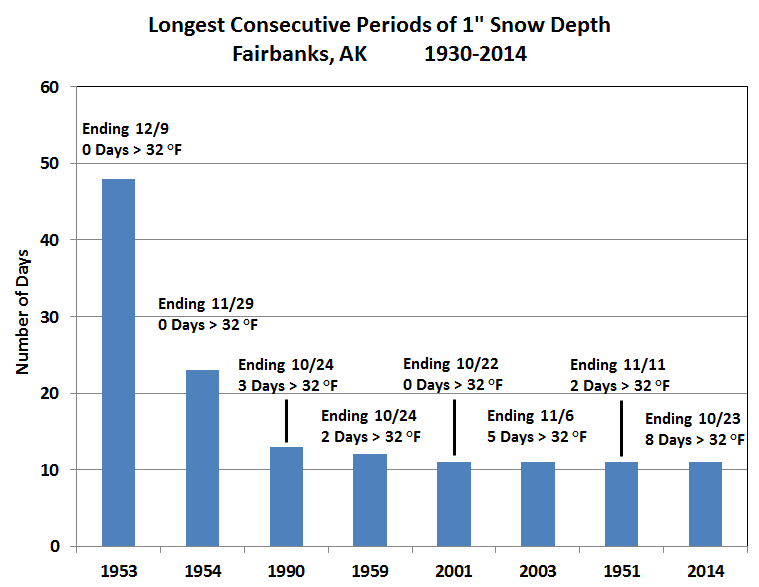 On another note entirely, here's a webcam shot of shallow steam fog over the Tanana River at Nenana early on Sunday morning, with an air temperature of 4 °F at the airport nearby.  The tendrils of mist form when air that has been warmed and moistened in contact with the water surface mixes with colder air a few feet above the surface.  A lot of interesting microscale physics was occurring within that shallow layer of intense temperature gradient! 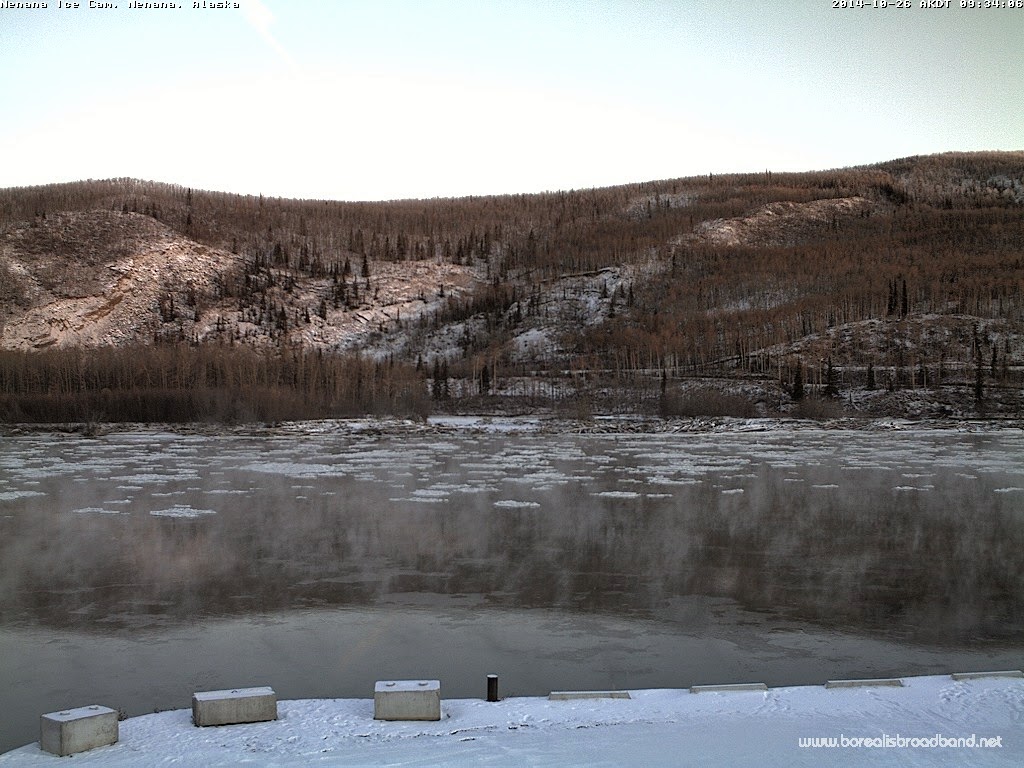