It appears that the first sub-zero observation of the season occurred today at several locations. The RAWS station at Norutak Lake (west of Bettles and south of the Brooks Range) reported a morning low of -2°F. While RAWS data is not always reliable, the Ruby 44 ESE USCRN station was also below zero (-1°F). This value is certainly bullet-proof. Figure 1 shows a screen capture of the low temperatures in the western interior this morning. The -2°F at Norutak Lake is circled. (The Stoney, Alaska, RAWS station may have been even colder but they are not reporting at the moment)

How does this date compare to other seasons? It is actually later than the long term average. Last year was the latest on record but the 1st of October is more typical. Figure 2 shows the date of the first occurrence of sub-zero temperatures in Alaska since 1950. Data extends prior to 1950 but due to the sparsity of stations, statewide assessments are difficult to make.

Finally, the area around the Brooks Range is a common location for the first sub-zero temperature to be measured. Figure 3 shows the location of the season's first sub-zero observation since 1950, If a tie occurred, the station with the lowest temperature was mapped. 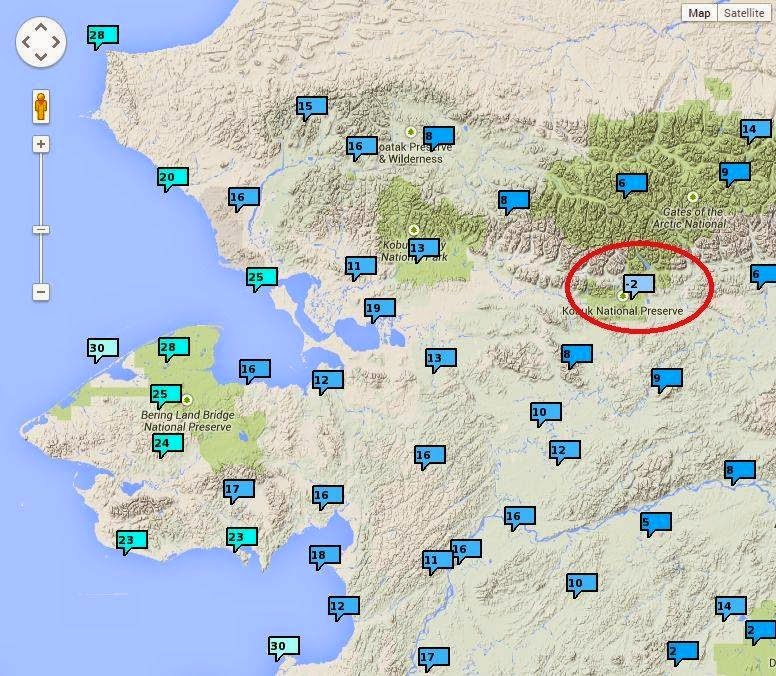 Figure 1. Low temperatures in the western interior on the morning of October 7, 2014. Data courtesy of the University of Utah's Mesowest site. 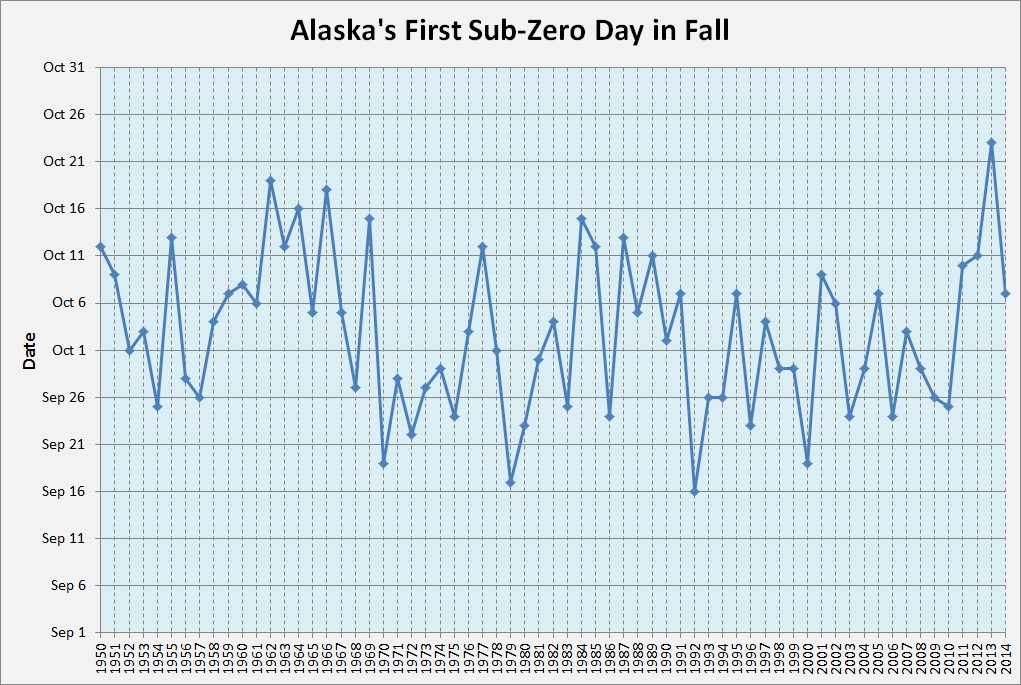 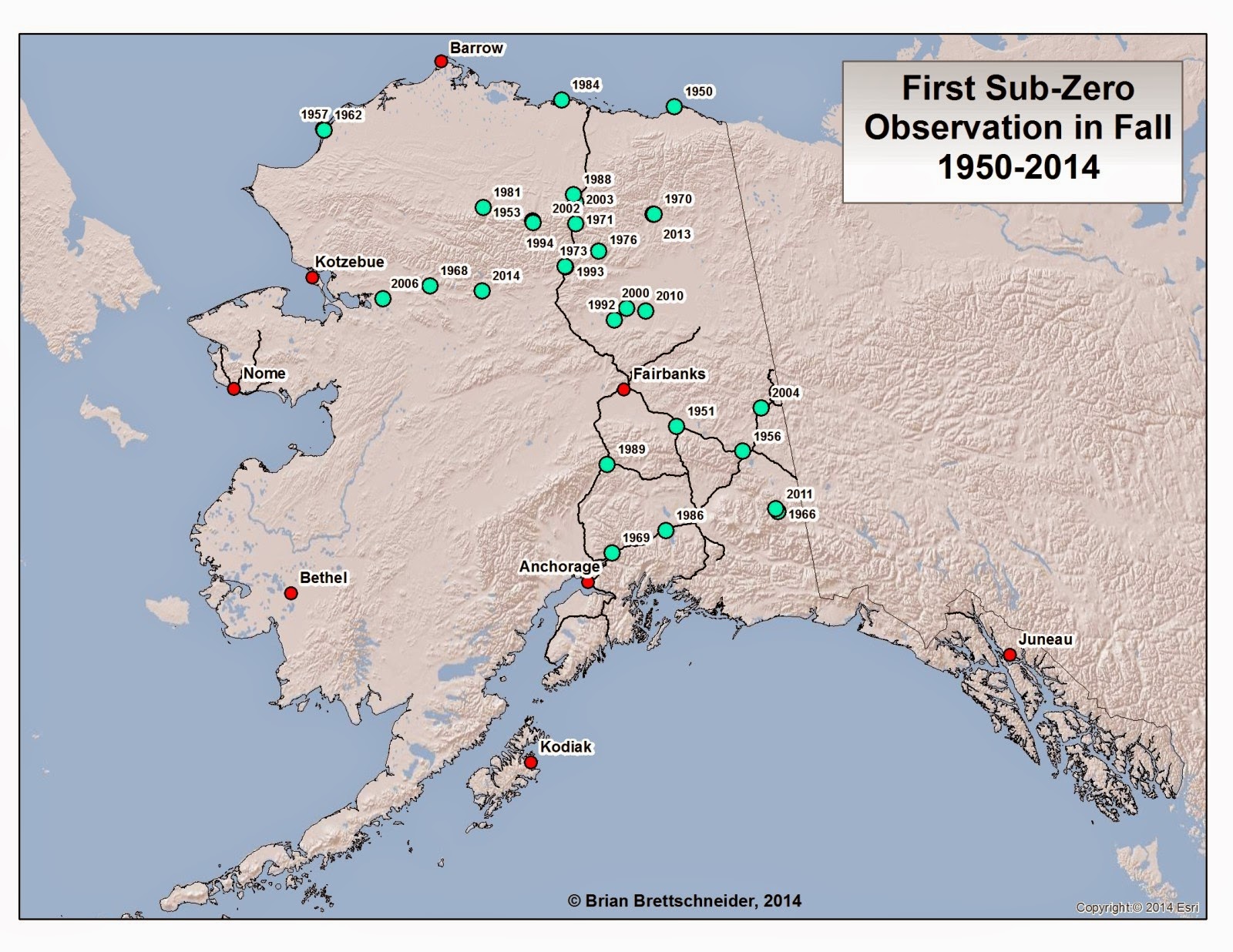 Figure 3. Location of first sub-zero reading of season between 1950 and 2014. If more than one station was below zero on a date, the lowest reading was selected.