A quick update to note the brisk temperatures this morning in the eastern Interior; here are a few overnight minimum temperatures:

The 17 °F reading at Chicken was not the coldest so late in the season, even for the relatively short period of record; 15 °F was observed there on June 5, 2006.  The chart below shows that the normal low temperature is just now reaching 32 °F at Chicken.  Only 4 days so far this year have failed to drop to 32 °F at night, but this is not in the least bit unusual. 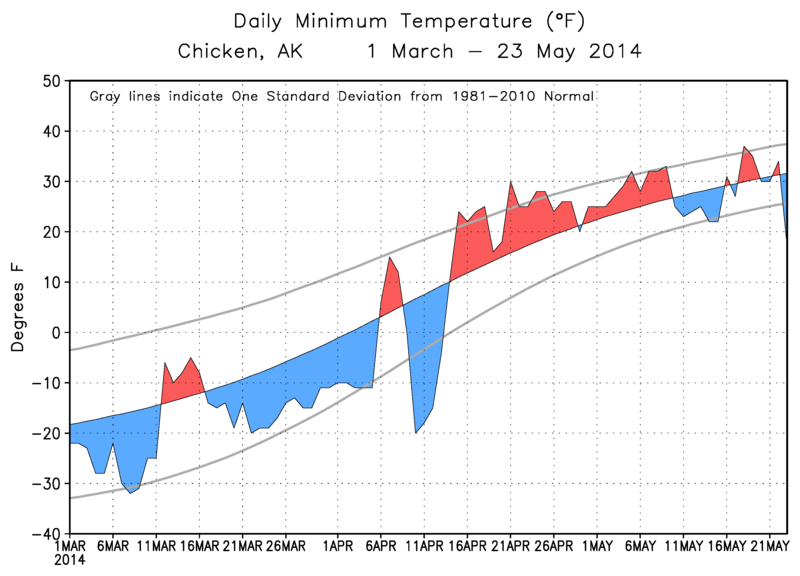