With a potentially strong El Niño taking shape, let's take a quick look at how temperatures in Alaska have responded to strong El Niños in the past. To define a strong El Niño, I used the Value of the Niño 3.4 region. A chart of historical values is shown in Figure 1. There are 8 events that crossed the 'Strong' threshold. Those 8 events were used in my subsequent analysis.

The first pass at looking for temperature patterns was the ESRL reanalysis site. I queried the December, January, February temperature anomalies for each of the years with a strong El Niño. Figure 2 shows the results. 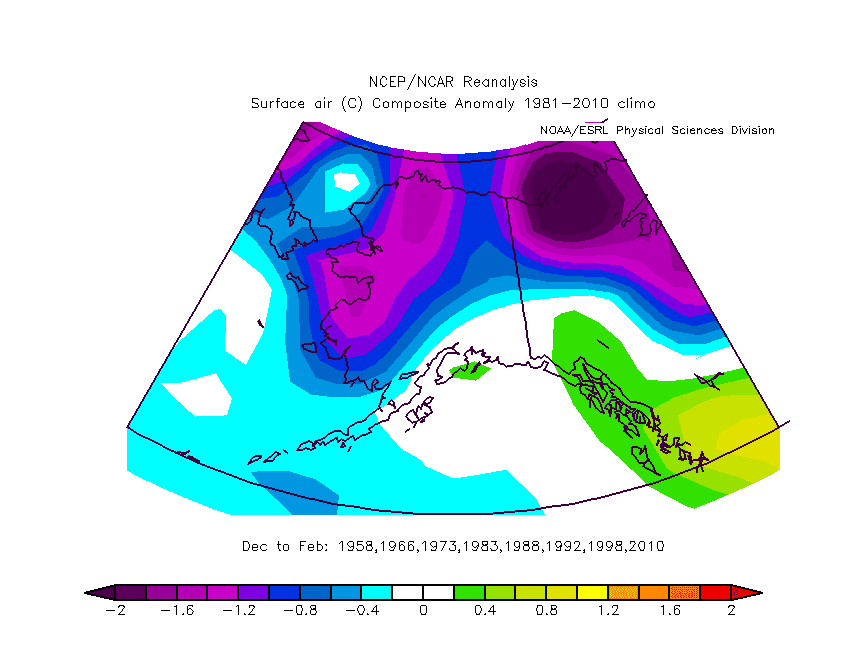 A pattern is clearly apparent. El Niño winters are markedly cooler in the northwest part of the state and slightly above normal in the Panhandle. End of story, right? Well, not exactly.

Remember that many stations in Alaska have seen their temperatures rise over the course of several decades. In some cases quite substantially. There are a myriad of reasons for this (climate change, station relocations, urbanization, sea ice reduction, etc.) that are not relevant to the current discussion. The ESRL reanalysis always uses the 1981-2010 climate normal period when calculating anomalies; whether it is wind, pressure, heights, or temperatures. Since the 1981-2010 temperature normals are higher (warmer) than previous decades, the data shown in Figure 2 actually overstates the magnitude (but not the pattern) of El Niño's effect on temperatures. 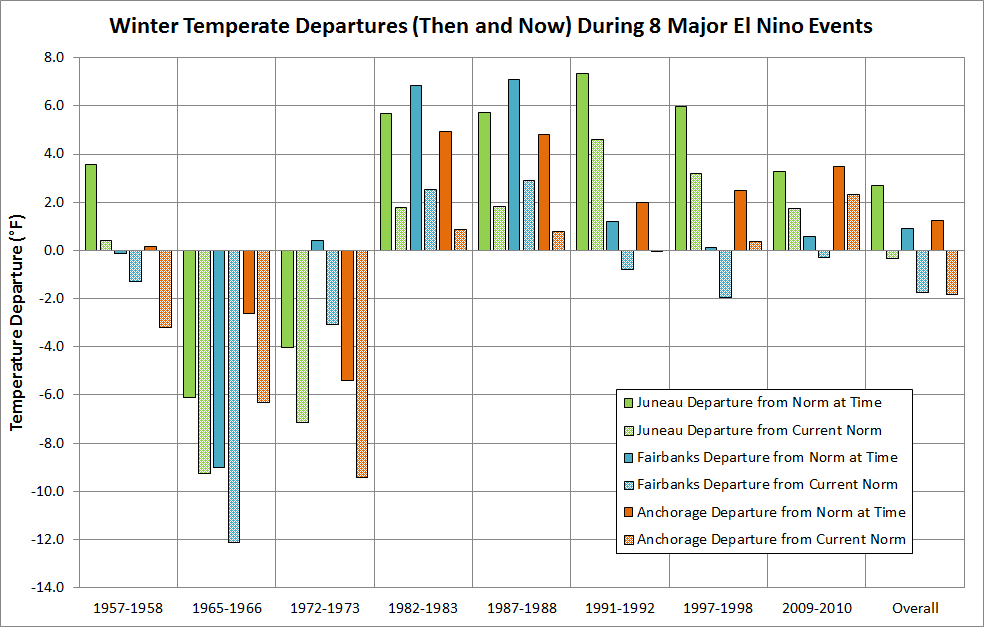 Here is a paper by John Papineau, formerly with the Anchorage NWS Office, with a description of the effect of El Niño in Anchorage.

John was also interviewed for an article in the Alaska Dispatch in 2012 discussing the effects of El Niño.
Posted by Climatologist49 at 9:52 AM