Spring in Nome is always slow to arrive, and the weather in Nome has been characteristically miserable lately.  Measurable snow has fallen on five days this month, for a total of 2.3 inches, and temperatures have been hovering near freezing most days.  This is only a little unusual: snow is usually observed in Nome in May, and at least an inch falls in about half of all years.  Last year there were 11 days of snowfall in May with a record-high total of 10.8 inches. 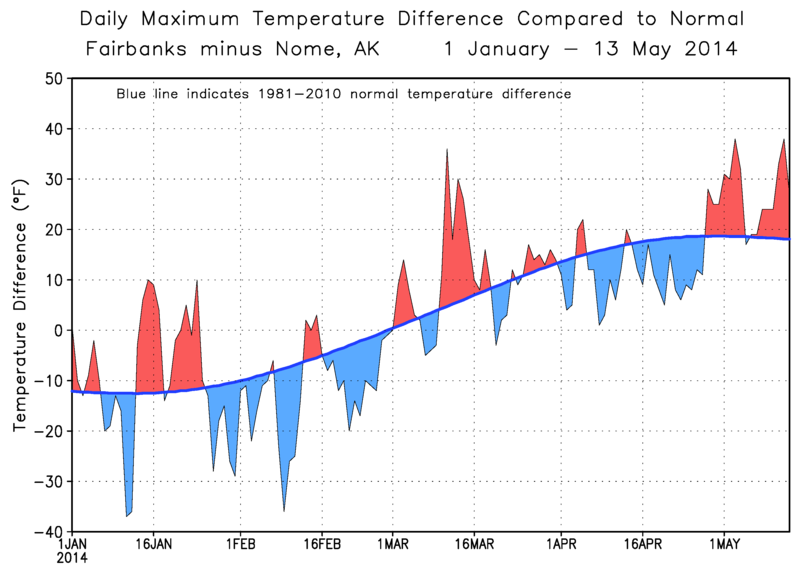 The mean temperature anomaly chart for Nome shows that unusual warmth has dominated most of the year so far, with the recent cool conditions being a relatively insignificant anomaly. 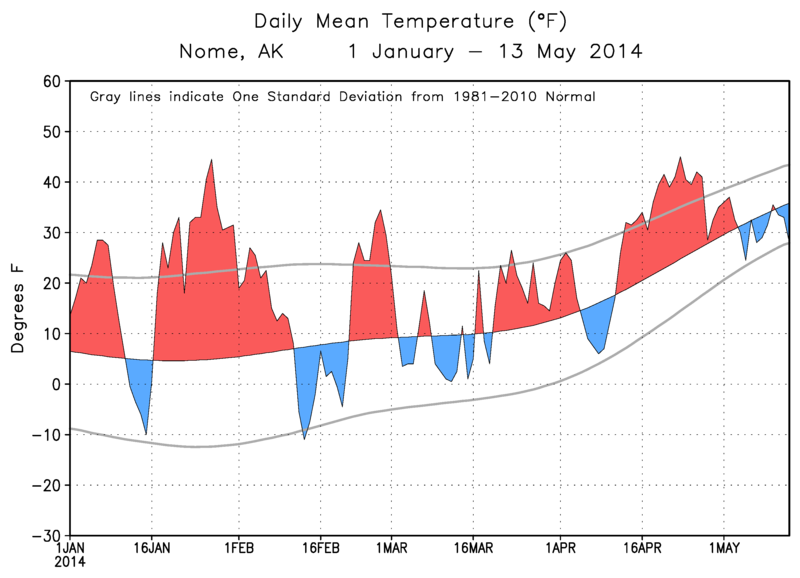