The strong high pressure observed aloft over Alaska early this month led me to wonder about the climatological distribution of these events, both in space and across the annual cycle, as well as long-term changes in the frequency of blocking highs (and lows) aloft.  From the standpoint of casual observation, it seems like recent years have seen a large number of strong high-latitude blocking events over Alaska, but it would be nice to see if the data actually shows that the frequency has been higher of late.  Another motivation is that there is speculation in the scientific community that high-latitude blocking is becoming more common over time because of warming in the Arctic; but again it would be nice to see what the data have to say.

To answer this I turned again to the truly wonderful NCEP/NCAR global reanalysis, which provides a long-term consistent gridded history of upper-level analysis fields.  Beginning in 1951, I calculated the mean 500 mb height for each day and then counted all the occasions on which each grid point had a higher height than nearby grid points to the north, south, east, and west.  When this occurred, the grid point was considered to be the location of a "cut-off" high pressure system or "anticyclone".  I adjusted the east-west spacing of the calculation at different latitudes to account for differing longitude-spacing of the grid points and eventually arrived at a complete history of the central locations of 500 mb high pressure systems.

The map below shows the mean annual frequency of occurrence of 500 mb high-pressure centers for three periods: 1951-1980, 1981-2010, and 2001-2013.  The main features of all three maps are very similar, which illustrates the stability of the climate system; all three show that the highest frequency of blocking high pressure systems over the entire northern extratropics is over the Arctic Ocean north of the Chukchi Sea. 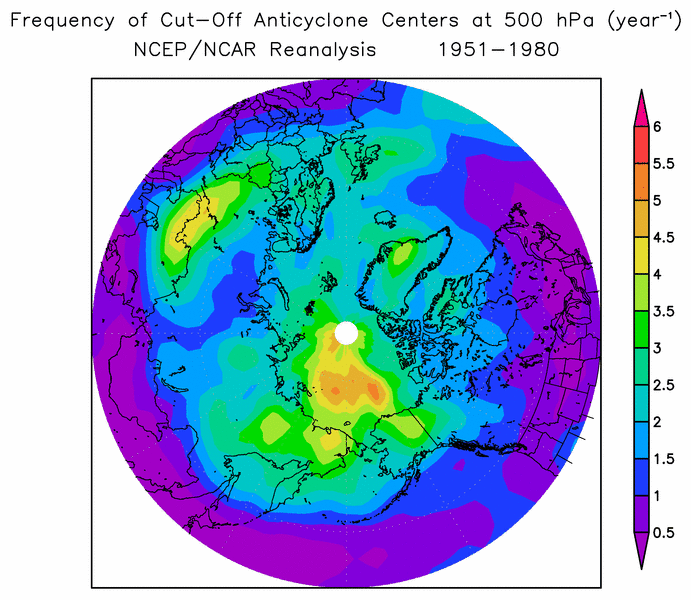 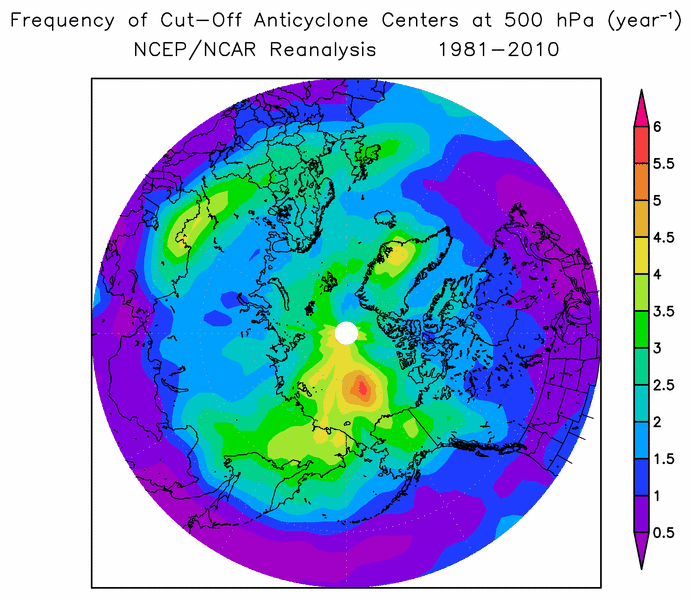 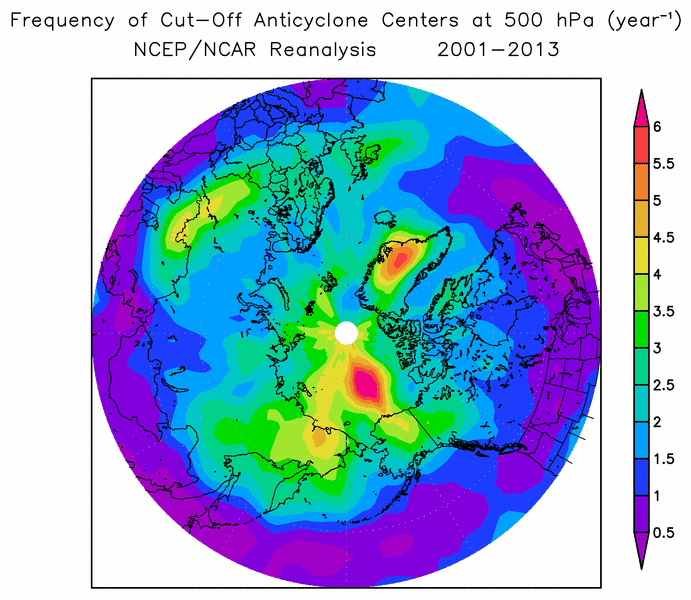 Interestingly the 2001-2013 map shows a marked increase in frequency over the Arctic Ocean and also over Greenland.  The map below shows the change in frequency between 1951-1980 and 2001-2013.  There is a small increase in frequency evident over most of Alaska, but the more striking differences are located farther north and over Greenland.  Overall, it appears the data do support the idea of increased blocking in the high-latitudes, though the changes are highly regionally dependent and appear to be modest over Alaska. 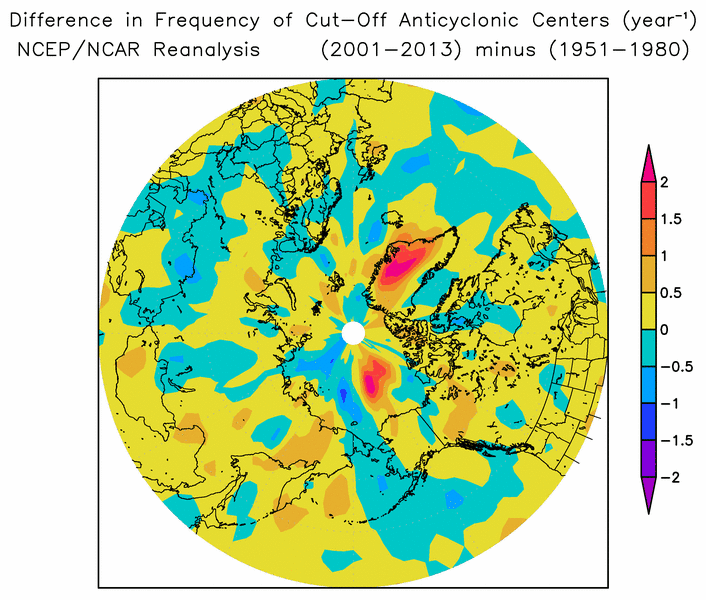 There are lots of other interesting aspects of the data, including the seasonal dependence of blocking frequency near Alaska, but for today I'll just post one more map that shows how Fairbanks daily high temperatures in June vary with the location of blocking highs.  (June is the month with highest blocking frequency over Fairbanks.)  For each grid point, I found all the dates on which a cut-off high was observed at that location, and then I extracted the daily maximum temperature anomaly (relative to 1981-2010 normals) for Fairbanks on these occasions.  The map below shows that Fairbanks daily high temperatures average 4-5 °F above normal in June when a 500 mb blocking high is located over southeastern Alaska, around 2-3 °F above normal when a high is over Fairbanks itself, and 1-3 °F below normal when a high is over the Bering Sea.  This is not at all surprising, but it's interesting to see the shape and magnitude of the patterns.  No doubt the anomalies would be larger in magnitude if I had selected only the more intense blocking events, rather than all the occurrences of isolated high pressure aloft. 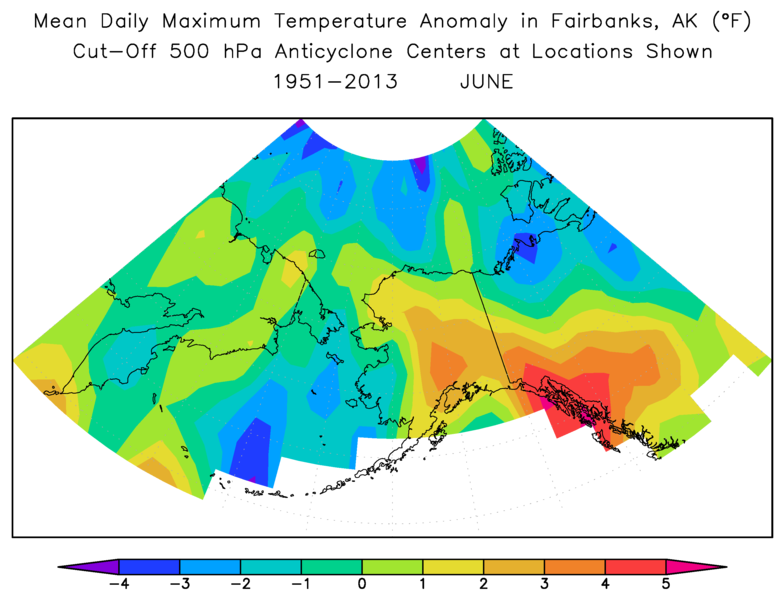